I’m not going to pile on the French too much, their military record speaks for itself, but I laughed out loud when I saw this video. The eyes of the nation are on the Bastille Day Parade and what do they do? They hire the stunt man who played the Green Goblin to do a flyover with a rifle in his hand. All while the President nods his head in approval like an evil Mr. Burns. 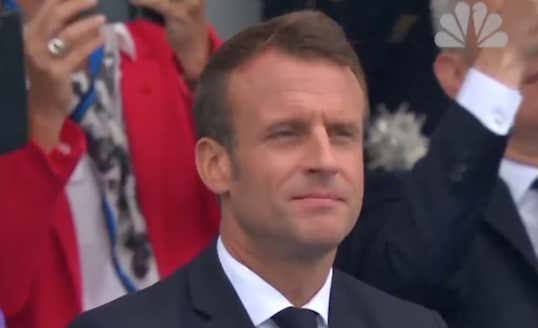 Don’t get me wrong, if flying soldiers are the way of the future, I’ll eat my words, but the whole thing just feels so Austin Powers. Look at this fucking shot. 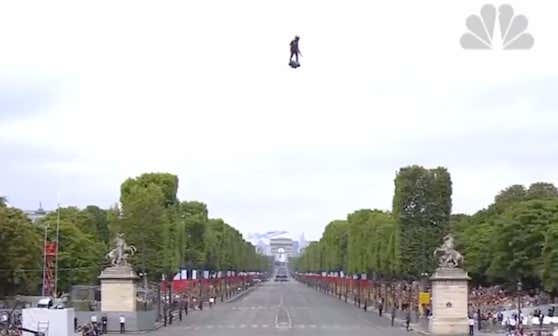 It’s like they photoshopped someone from the year 3000 over a 1942 military propaganda poster. Besides, didn’t we rule out flying soldiers after the drone was invented? All it would take is someone to throw a tennis ball at that guy and he’d lose control. Not only that, once you’re indoors he can’t get you. Seems like a pretty big oversight if you ask me. I don’t know, I thought it was funny. A big swing and a miss for the French on this one, per usual.