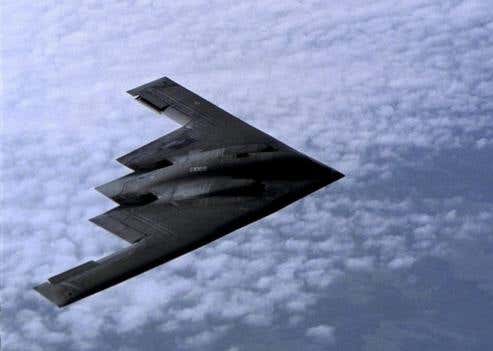 (The Hill)–The Air Force gave a word of caution to the thousands of people planning to storm Area 51 in Nevada later this year, warning the UFO enthusiasts that the military “stands ready to protect America and its assets.”

Pressed by The Washington Post on Friday about how officials plan to respond to those who turn up to the Nevada base, Air Force spokeswoman Laura McAndrews declined to elaborate on specific details.

However, she did issue a warning to those who may be serious about a plan to infiltrate the Nevada Air Force base.

“[Area 51] is an open training range for the U.S. Air Force, and we would discourage anyone from trying to come into the area where we train American armed forces,” McAndrews told the paper.

“The U.S. Air Force always stands ready to protect America and its assets,” she added.

From the very beginning of this story I was very much team Government. Not because I like the Government. Not because I’m disinterested in the possibility of Aliens being hidden in Area 51. Rather because I am always against stupid people. And the people organizing and announcing when they’re going to storm Area 51 are VERY stupid. Close your eyes and picture the type of person would travel to the Nevada desert, run into a guarded military installation, over-run it, and find the aliens. It’s a million of these people

Bunch of fucking robot weirdos from the internet with far too much time on their hands, but not enough time to come up with a better plan than a facebook group. Fuck those people. I wanted them to get nuked just for being so dumb. Until I saw this response from the Air Force

“[Area 51] is an open training range for the U.S. Air Force, and we would discourage anyone from trying to come into the area where we train American armed forces,” McAndrews told the paper.

“The U.S. Air Force always stands ready to protect America and its assets,” she added.

Hey wait a second. If there’s nothing in there, why are you basically threaten to smart bomb these people from the air as they make their way towards the base? Doth protest too much, type of situation. If it’s just a training ground for the Air Force then why issue the statement. Let all these dummies run around and just get over-heated in their halloween Iron Man suits until they give up. Or move the Aliens that you’re hiding there. No need to be like “hey FYI, if you come to Area 51, we will blow your ass up”. Gives me pause.

Having said that…I am still for blowing these people up if attempted. Make an example out of them. It’s Darwinism. We don’t need people like this procreating or even voting. Let them get smoked in the desert, aliens or not.