Another weekend series, and another truly disappointing display by the Chicago Cubs. Not on the field. They whipped that ass in three straight games. But you know…some things are bigger than baseball. Somethings like the health and viability of the planet, for example. And the Cubs are not only negligent in this area, but they’re actively working against the Planet and discouraging their fans from trying to recycle.

Before making the jump to Barstool Sports full-time, I worked in the wonderful world of polyethylene terephthalate packaging. Also known as…plastic. My company manufactured and sold plastic beverage packaging. Invariably in every sales call the topic of recycling would come up. I was very familiar with the literature on plastic recycling. Unfortunately we still live in a “throw-away” culture. Left to their own devices, people simply dispose of plastic in the garbage and it ends up in landfills. Almost 80% of all plastic meets that destiny. You hate to see it.

Plastic is a wonderful and necessary substance, but we should treat it with greater care to ensure that it doesn’t end up in landfills or the oceans. Just think about yourselves. When, you’ve enjoyed enough Miller Lites to produce your own cup snake, and you need to go to the bathroom, are you thinking about your plastic cup disposal at the point? Probably not. You’re more likely going to toss those cups under your seat for some garbage fairy to deal with after the game or you’ll throw them in the trash on your way to take a piss. That is just a statistical truth, even if it is inconvenient.

Like any great cause, it needs to start with the people. A true grassroots movement. The good fans in the bleachers took matter in their own hands and started amassing plastic collection centers organically. Stacks and stacks and stacks so big that they can be seen from home plate. We at Barstool Sports saw this movement and decided we needed to get in the fight for the planet. We made a shirt to create awareness for the movement and also served as a call to action for the Cubs. 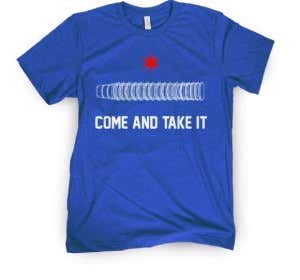 This isn’t a hostile shirt. This isn’t dare or a threatening message. It’s a note to the Cubs to get involved. It means “hey, we are collecting all of this plastic so you can recycle it properly, come and take it”. I was extremely disappointed to learn that the Cubs are kicking people out of the stadium and seizing the shirt at the gates 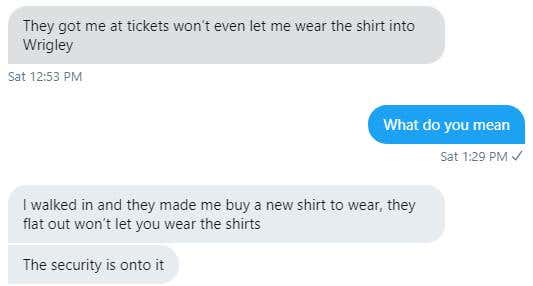 A stoolie wears a shirt that advocates recycling and the Cubs coerce him into purchasing merchandise with his hard earned money under the threat of being thrown out? Disgusting. That was just the start of the persecution of the fans though 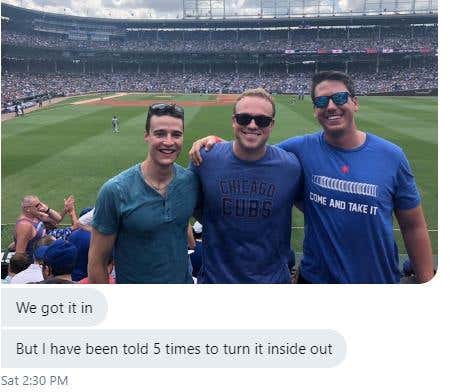 The Cubs started by trying to silence the people 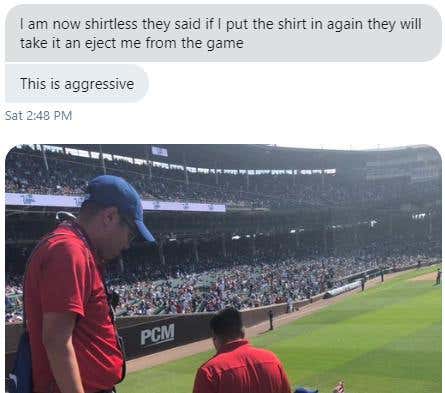 They then stepped up with more threats of forcible ejection or they gave the fan the option to expose his skin to dangerous levels of sun exposure without the protection of his shirt. All for sitting quietly and collecting plastic cups. Cups that the fans paid for and assumed ownership of with the transaction. 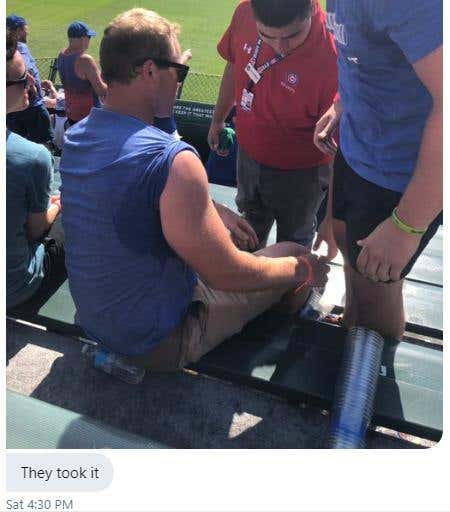 And they seized the shirt. The Cubs have become an anti-earth authoritarian regime. In an era where the public is becoming more aware and active in their efforts to reduce their waste, the Cubs are harrassing people for trying to be part of the solution. Spontaneous recycling movements would get you an award in most cases. In Wrigley Field it gets you threatened and ejected. Don’t be silenced, though. Don’t be bullied. Stand up for what is right. Stand up to the Cubs. Buy a shirt. 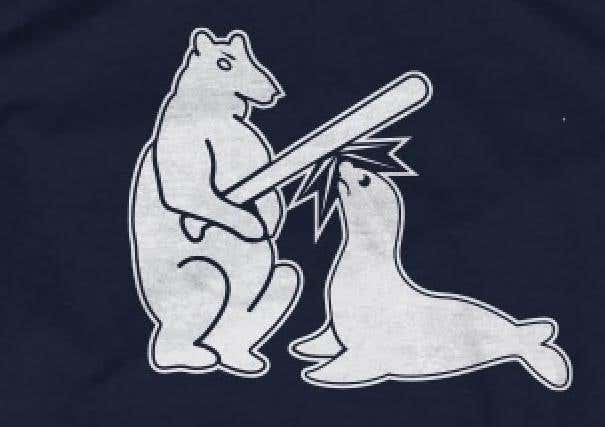