MLB All Star Game last night means down time today which means excessive withdrawal and ideal circumstances to reflect on how sweet Javy Baez has been since becoming an everyday big leaguer.

The great thing about Javy is that everyone’s list would look a little different. There’s literally an endless amount of content to pick from, and as you see above and below there’s already some bangers missing: the mother’s day walk off, scoring from 1st on a single, any/all playoff bombs, making out with the barrel of his bat during an AB, any/all throwing highlights, broken bat yabos, the list goes on.

The important thing to remember is that you’re extremely lucky to watch him play even if you’re not a Cubs fan. There’s no one like him on the planet, and no other player I can readily compare him to without my brain shutting down. He’s a unicorn and a gamer and an absolute fucking treat for anyone and everyone that enjoys baseball as evidenced by the following. 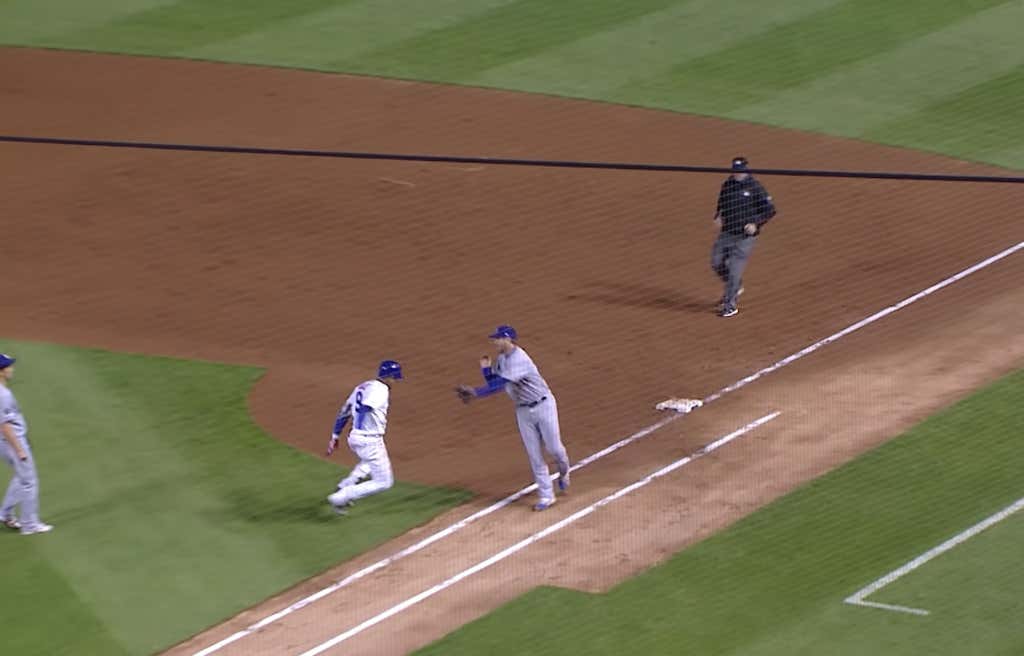 I remember being shocked twice when this happened. First it was that David Freese was still in the league much less on the Los Angeles fucking Dodgers. Kudos to him for getting that pension. The next and much more obvious surprise is just how impossible it is to tag Javy. I get the stolen bases and plays at the plate. Those are bang-bang. But this was just a standard grounder to the 1st baseman and even then he still managed a way on base. 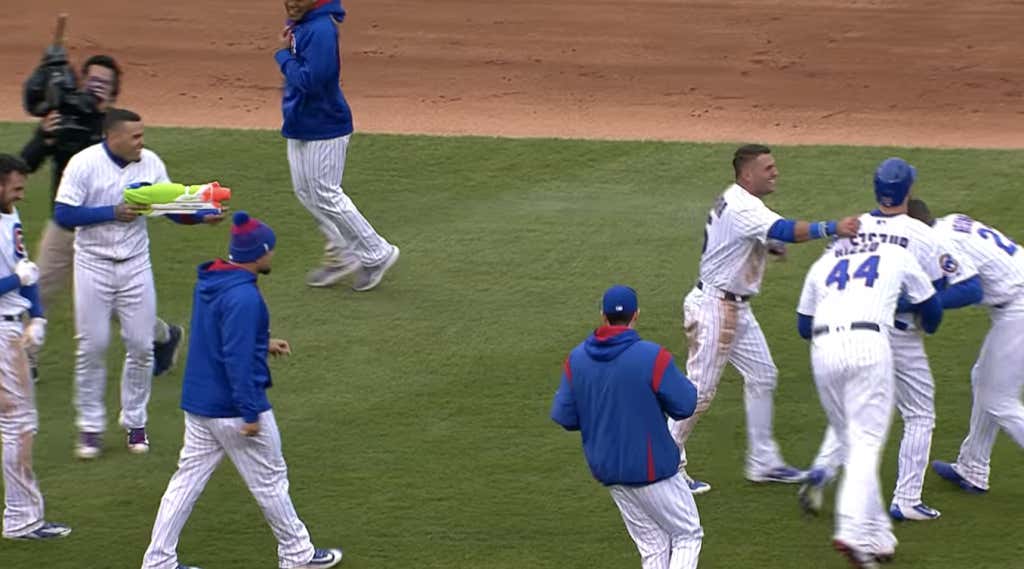 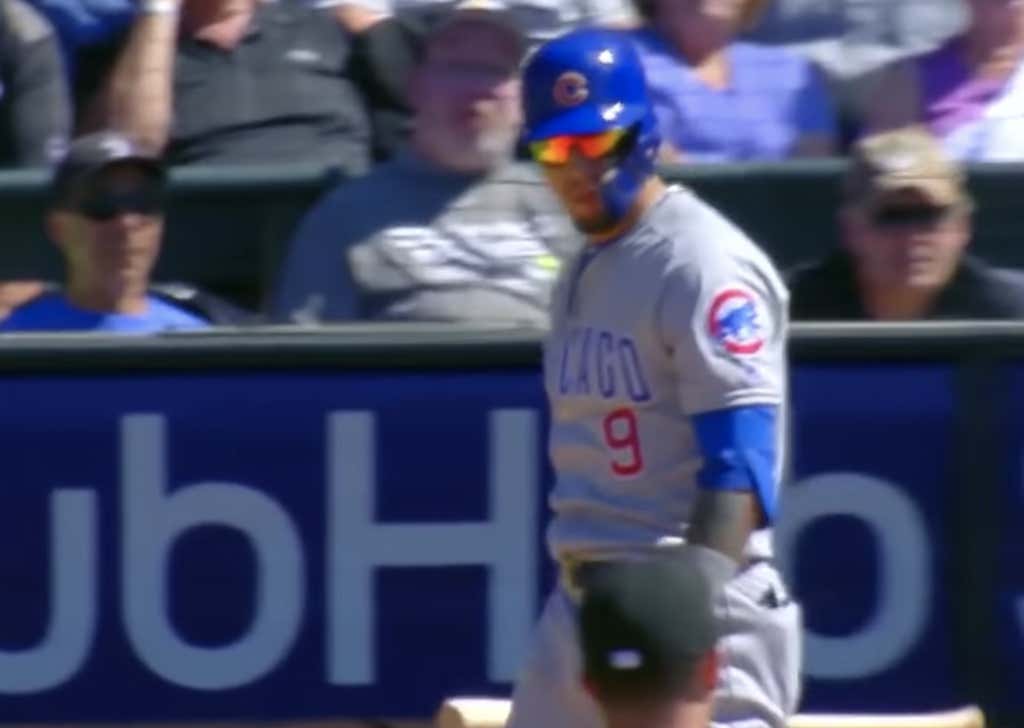 FYI the ball was currently traveling 15,000 miles into Russian Air Space while he stared him down

7. Stealing An NLCS Out From Rizzo (2016): I actually hated this one. It wasn’t cute or funny and there was no reason for him to get in front of Rizzo on this play. At the time I was motherfucking the TV and ripping chain cigs. 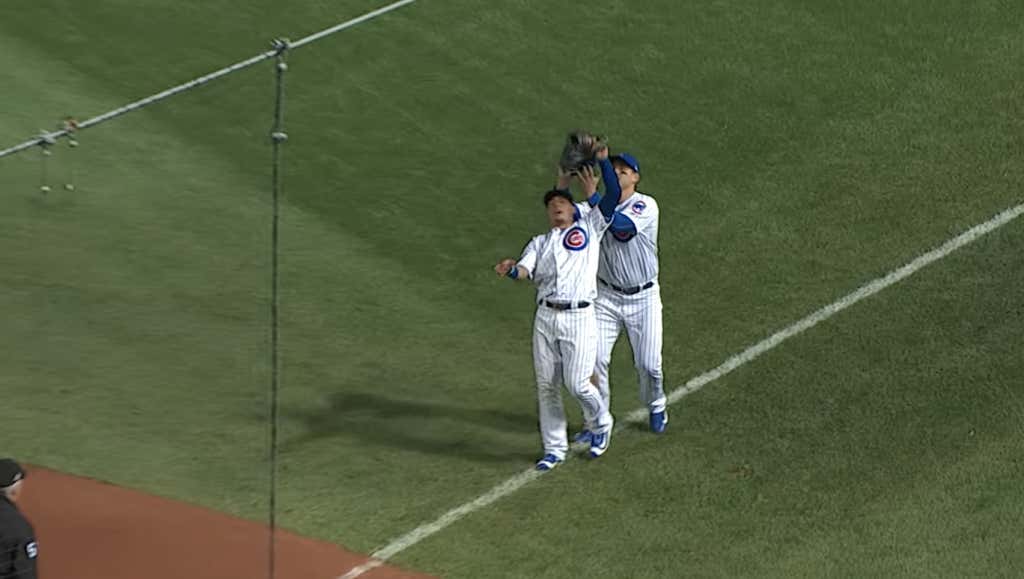 Now I’d be screaming at Rizzo for even remotely jeopardizing the safety of this pop-up. If it’s in Javy’s catch radius you should probably just get the fuck outta the way. 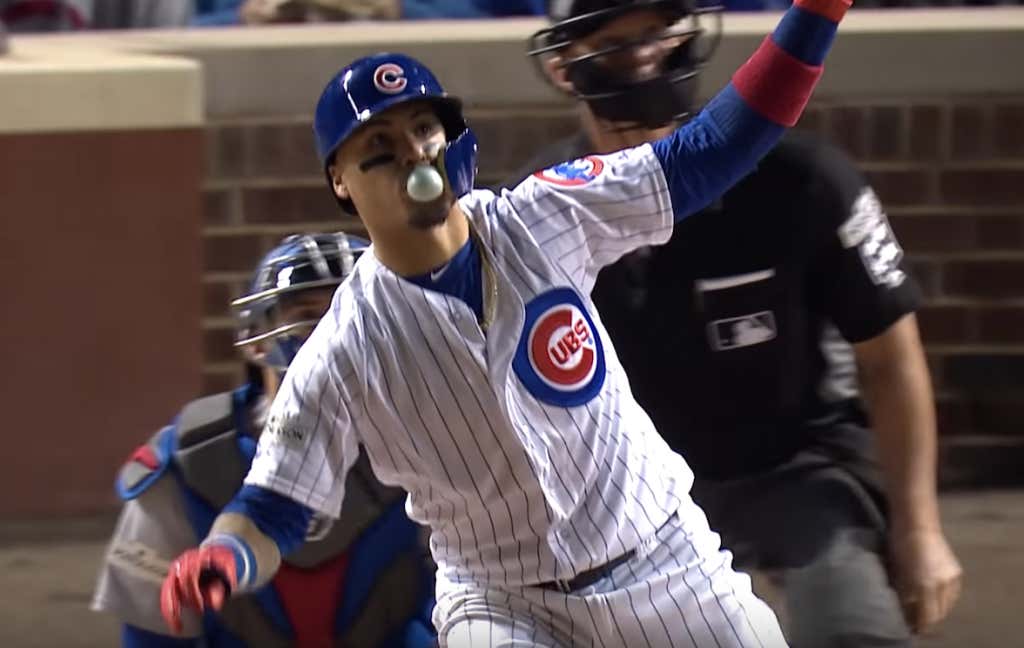 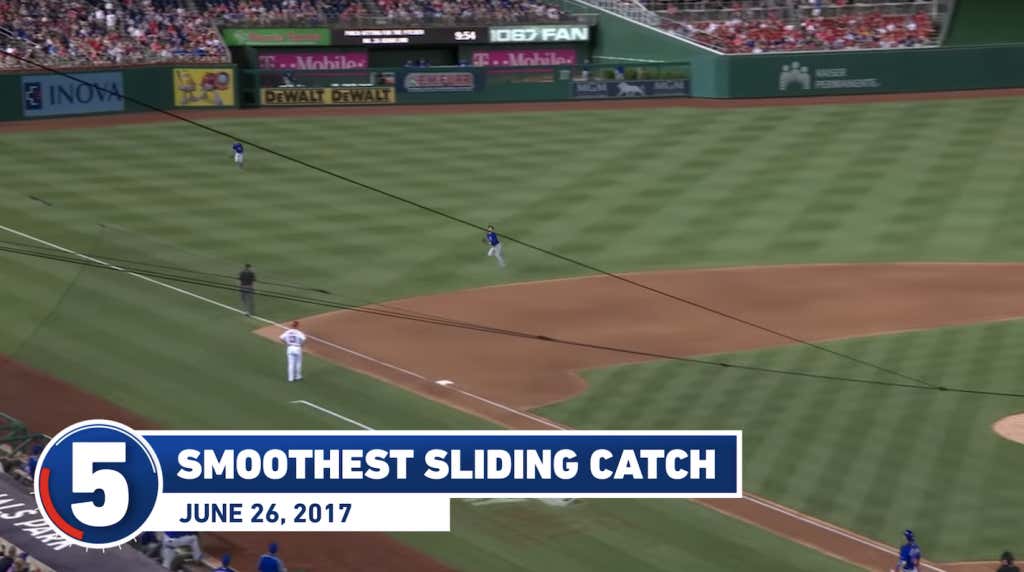 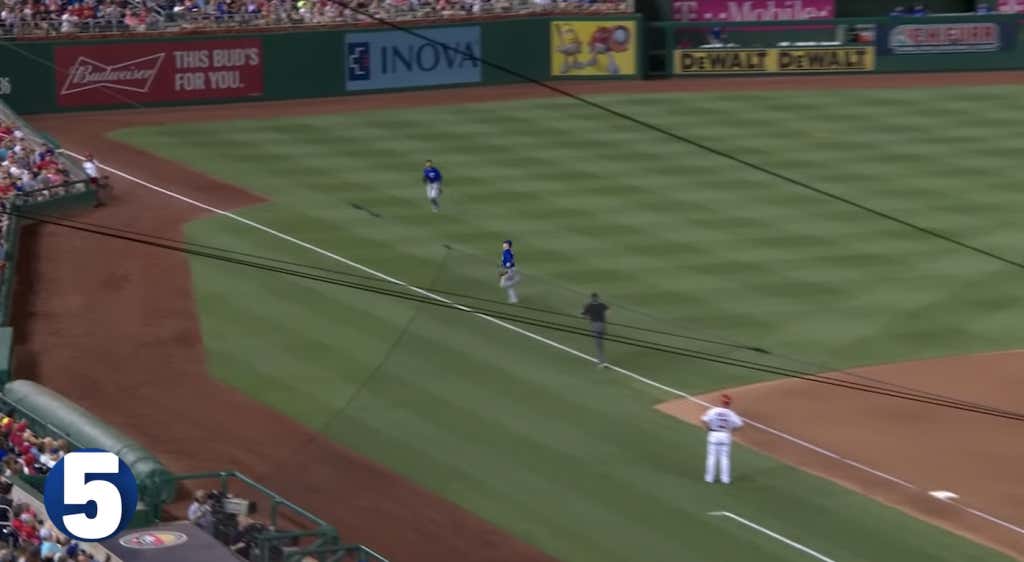 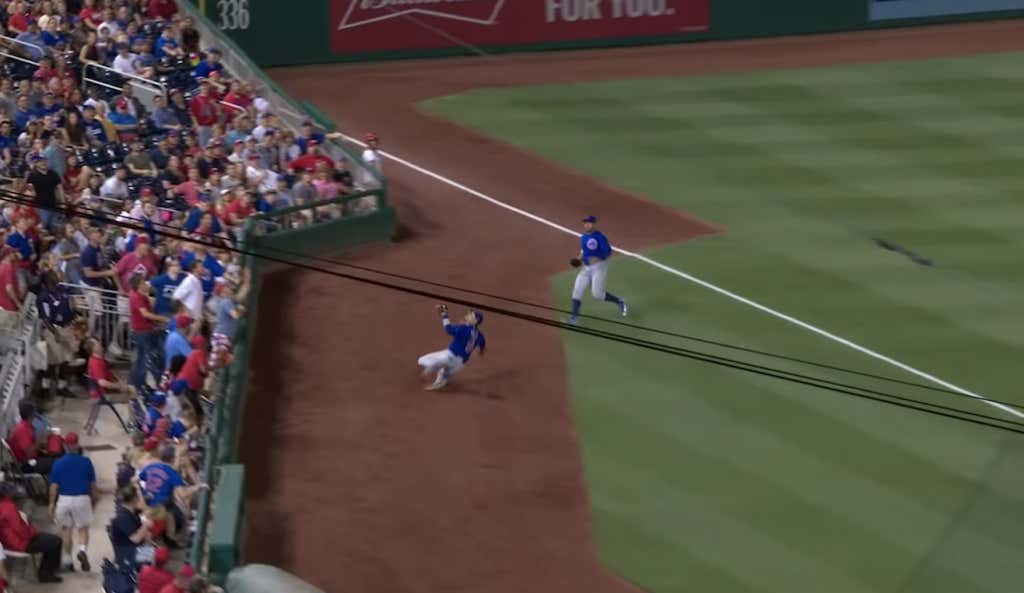 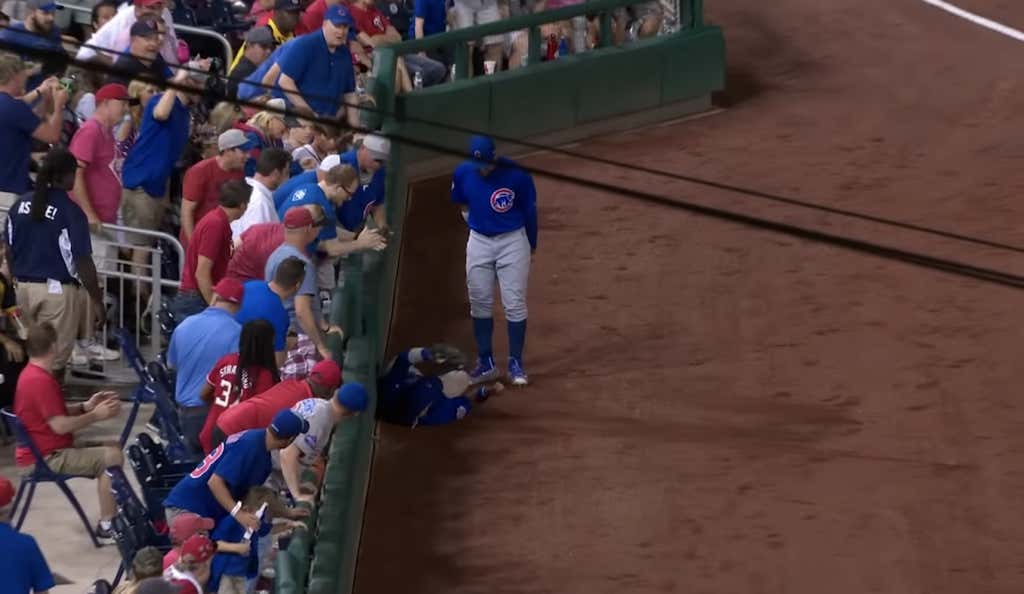 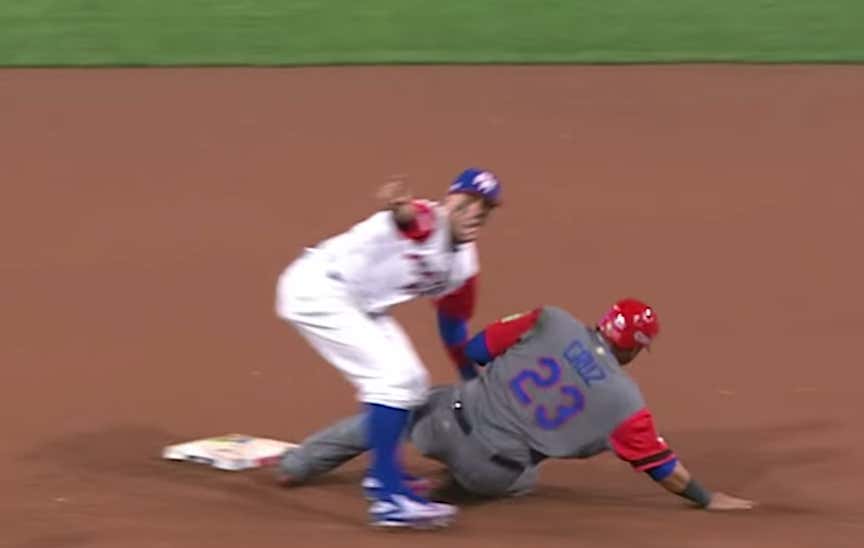 This is the first time in recorded history that a tag-play would elevate a player’s status to international superstar. The fact it was a 35 year-old Nelson Cruz coming off a year where he played 155 games and attempted 2 stolen bases makes it that much better. 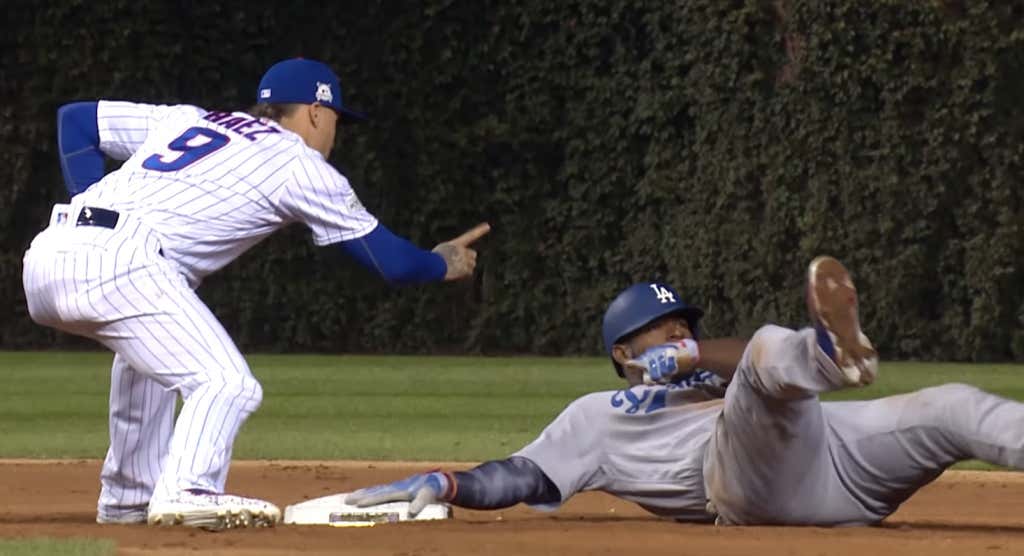 I like playing against Puig a lot. I don’t think he’s a dickbag nearly as much as other people. Instead I think your guys play that much harder against someone like him because you hate losing to Puig. In turn, you love beating him and shoving it in his face and that’s where we come full circle on why I like Puig. He’d be doing the same shit to Javy under identical circumstances. Any time you get little league camaraderie in major league baseball you’re going to have me hook line and sinker. I love this shit.

2. Gum Fumble (2016): Easily the most overrated one on the list but that’s until you remember the real value here and it’s obviously Javy staring into the camera. 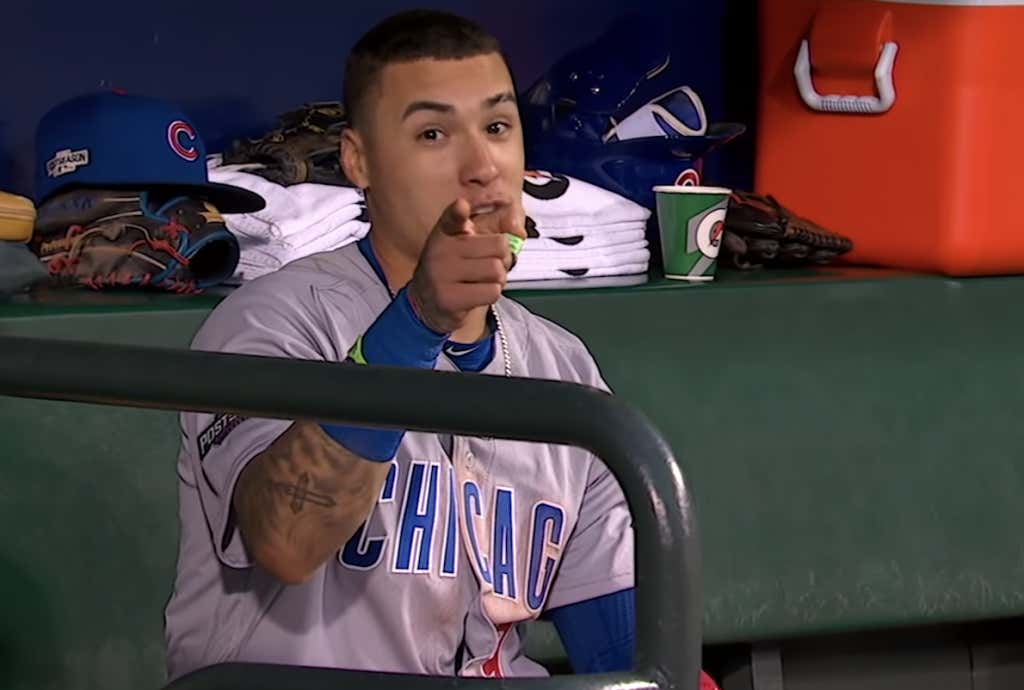 You can’t teach Javy’s instincts on the baseball field and you certainly can’t teach his camera instincts in the dugout. We call that the Superstar Tool and Javy registers as a plus-plus 80 in that department. 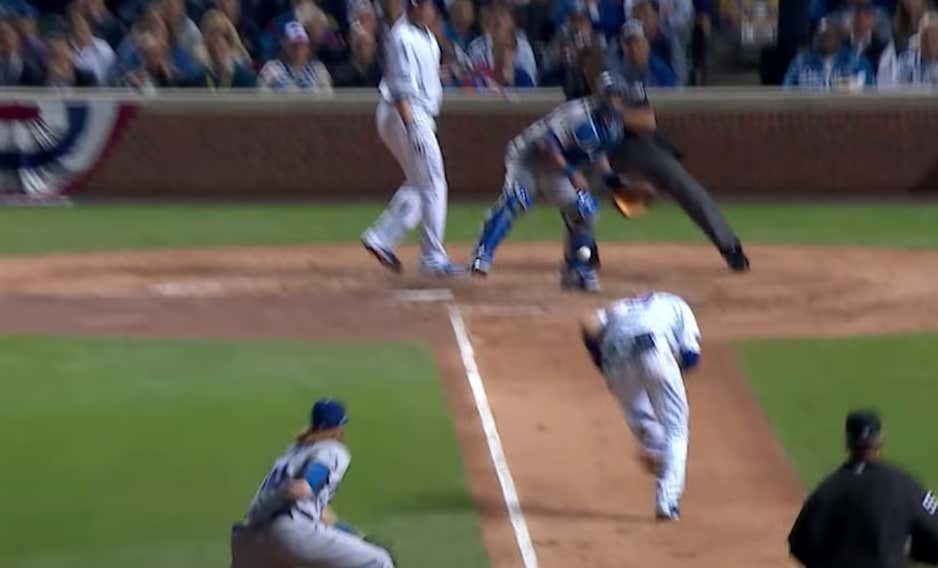 This is why you call him El Mago and don’t feel ridiculous in the process. Ridiculous nickname yes. But the guy actually pulls off magic tricks on a daily basis so you tell me.