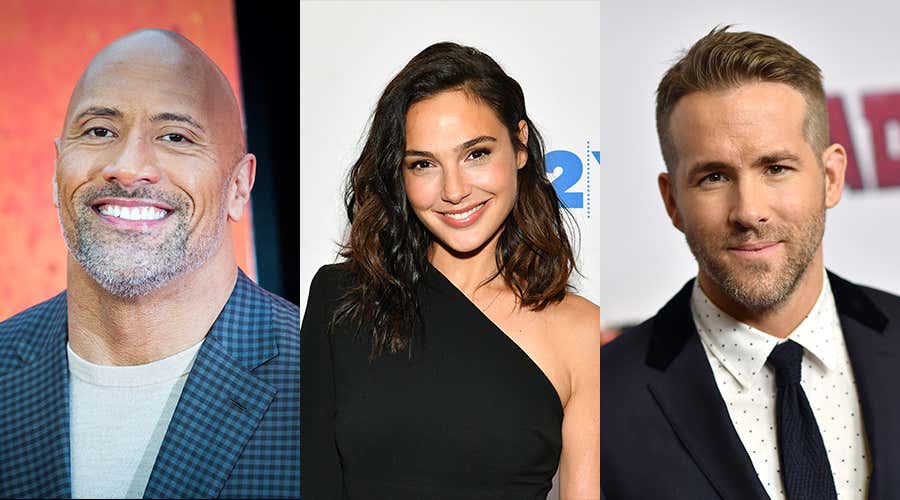 (Deadline) “Netflix has just locked what is arguably its biggest commitment to a feature film. In a dramatic switch of distributors for for a tentpole-sized star package, Netflix has greenlit and set a 2020 production start for the Rawson Marshall Thurber-directed and -scripted Red Notice. The film is a globetrotting action heist thriller that moves from Universal Pictures and has added Ryan Reynolds (Deadpool, Free Guy and 6 Underground) to star alongside Dwayne Johnson (Fast & Furious Presents: Hobbs & Shaw and Jumanji: The Next Level) and Gal Gadot (Wonder Woman 1984 and Death on the Nile). The latter two were attached when Universal acquired the project as a pitch early following a ferocious bidding battle last year, one where Netflix was runner-up.”

The basic synopsis for ‘Red Notice’ is this: “The film is an international action thriller centered around the pursuit of the most wanted art thief in the world. It takes place in multiple countries.” This is going to be sink-or-swim territory for Netflix. The projected budget is around $130 million dollars, and this is only days after the company noted that they will be much more picky on big budget productions. The cast is obviously killer, as I can barely think of two actors with more goodwill from moviegoers than DJ and Ryan Reynolds. Gadot has also proved herself in her own right, having starred the mega-budget DC movies as well as ‘Furious 7′ and ‘Ralph Breaks the Internet’. So if Netflix’s purse-strings are understandably tight after the big-budget critical flops ‘Triple Frontier’ and ‘Bright’, I can hardly think of a crew more worthy to invest in. Also, I like director and friend of the pod Rawson Marshall Thurber. He directed one of my favorite comedies in ‘Dodgeball: A True Underdog Story’ as well as ‘We’re The Millers’. He will also defend the laws of physics in his movies to the death

My one concern is probably the plot, only because I can count on one hand how many art heist movies I enjoy. Again, though, if there was ever a crew to make it work, it’s this one. Don’t forget to subscribe to Lights, Camera, Pod,follow us on Twitter, follow us on Instagram and join in on the conversation on our Reddit. Oh and vote for the best movie from Virginia. If the embedded form doesn’t work on your device, click here.