I’ve always said Disneyland brings out the worst in parents. Whoever launched the expression “The Happiest Place On Earth” was both a marketing genius and a fucking liar. There is absolutely nothing happy about standing in line for 1.5 hours with screaming children who are suffering from both heat exhaustion and a desperate need for a nap… for a 30 second ride. Couple that with the immense pressure of “YOU MUST BE SMILING AND HAVING THE TIME OF YOUR LIFE BECAUSE YOU’RE IN DISNEYLAND!” and you’ve got yourself a good ol’ fashion throwdown just waiting to happen.

Except this brawl is one of the most vicious fights I’ve ever seen. 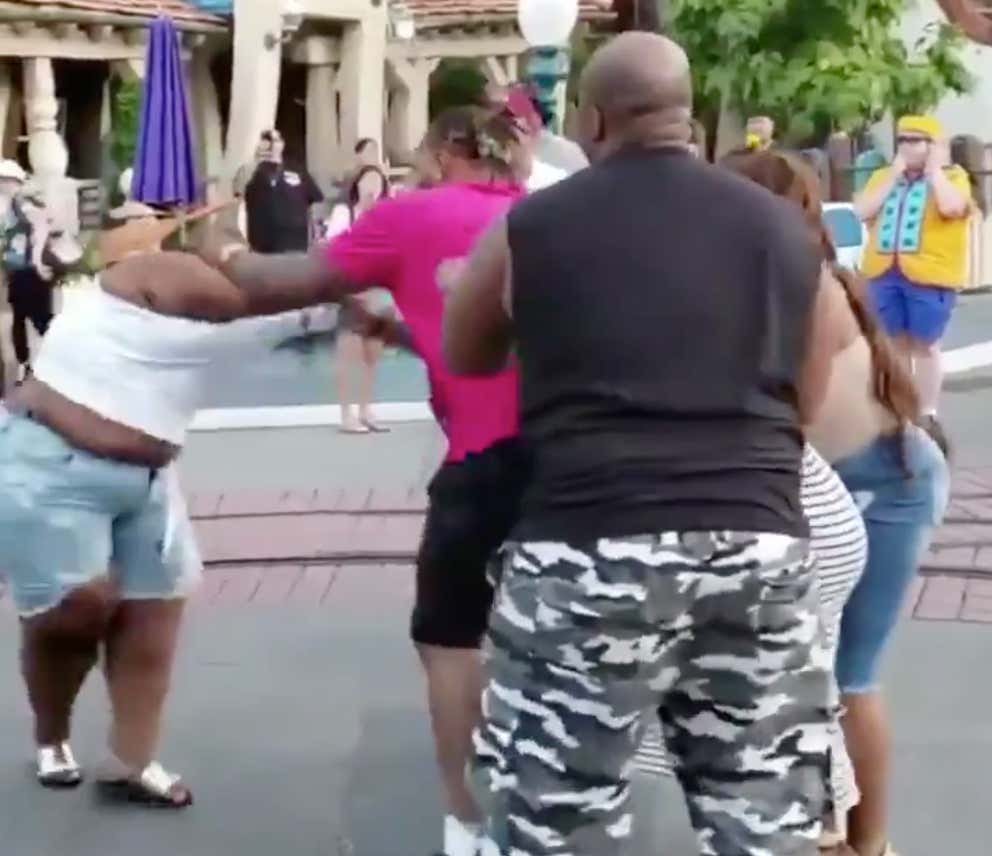 And then we have this fucking piece of shit who manages to hit TWO women. A woman in white (above) and this woman in tan for “hitting my mother, bitch.” 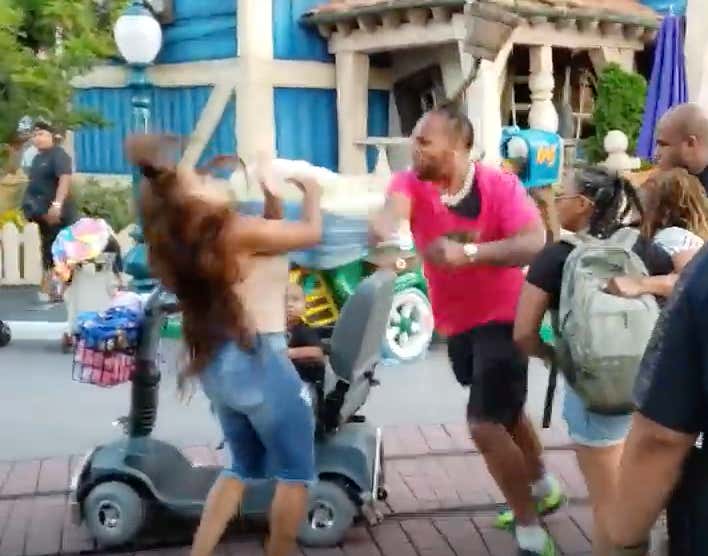 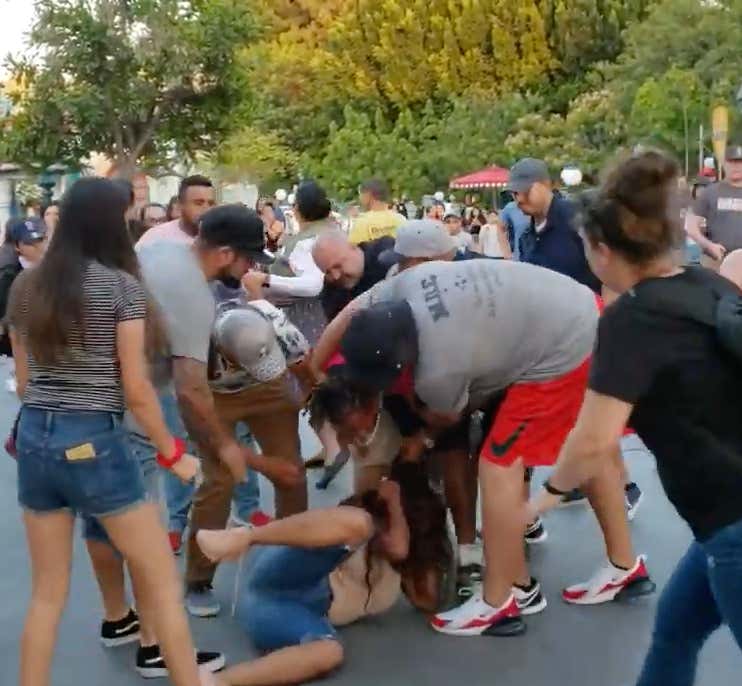 You can hear people screaming, kids crying, and all the while this man is beating up on women in front of Goofy’s Playhouse. We later get the pleasure of hearing the woman in tan for some reason apologize TO HIM for the altercation, “Baby, it’s cuz they was jumping on you. I was trying to help.”

HER MAN IS BEATING HER REPEATEDLY IN PUBLIC AND SHE’S APOLOGIZING! Absolutely preposterous. I don’t care what the circumstances were – who hit who first, if the woman in white spit in his face, or if she hit his mother – under NO case is it ok for a man to hit a woman, even if the two are in some way related as police claim.

Anaheim police said everyone involved in the fight belongs to the same family and that they were uncooperative when officers responded.

I hope this guy goes to jail for a long time so he can get HIS ass beat in jail…. even if he’s ready for it.

“I don’t give a fuck about no video! I’m ready to go to jail tonight!”