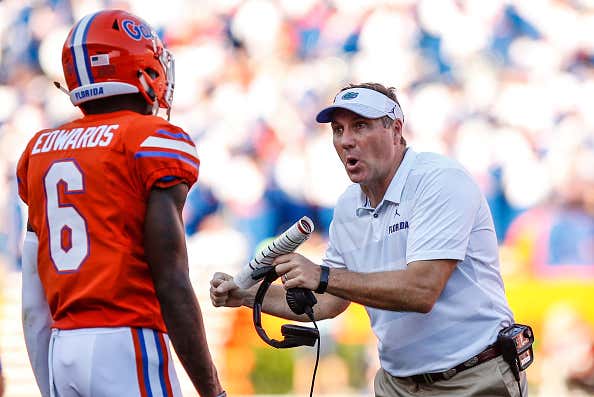 Learn that a Florida football player is entering the transfer portal.

Brian Edwards is a 3-star DB who is entering his junior season. The Hollywood, Florida (where Dolph Ziggler is from) native isn’t a big loss for Florida, but is certainly a growing trend for Dan Mullen’s Gators.

At this point, Mullen has lost 9 players to the transfer portal. That includes Freshman Chris Steele who entered into the portal just a few months after walking onto campus.

Is this a big issue for Florida? Probably not. The biggest loss was Chris Steele, a top 25 recruit for the class of 2019. Losing a guy just months after he came on campus is not a great look. The other guys were not elite recruits, but losing 8 guys after not losing a coach is not a great way to build a program. You need depth in the SEC and even if these guys were going to be backups for the upcoming season, they were important for a team that has big aspirations.

For Florida, hopefully, this is a one-time thing. I don’t have the exact numbers, but I’m pretty sure Florida has the record for most players put into the portal after not losing a coach. Go Gators?