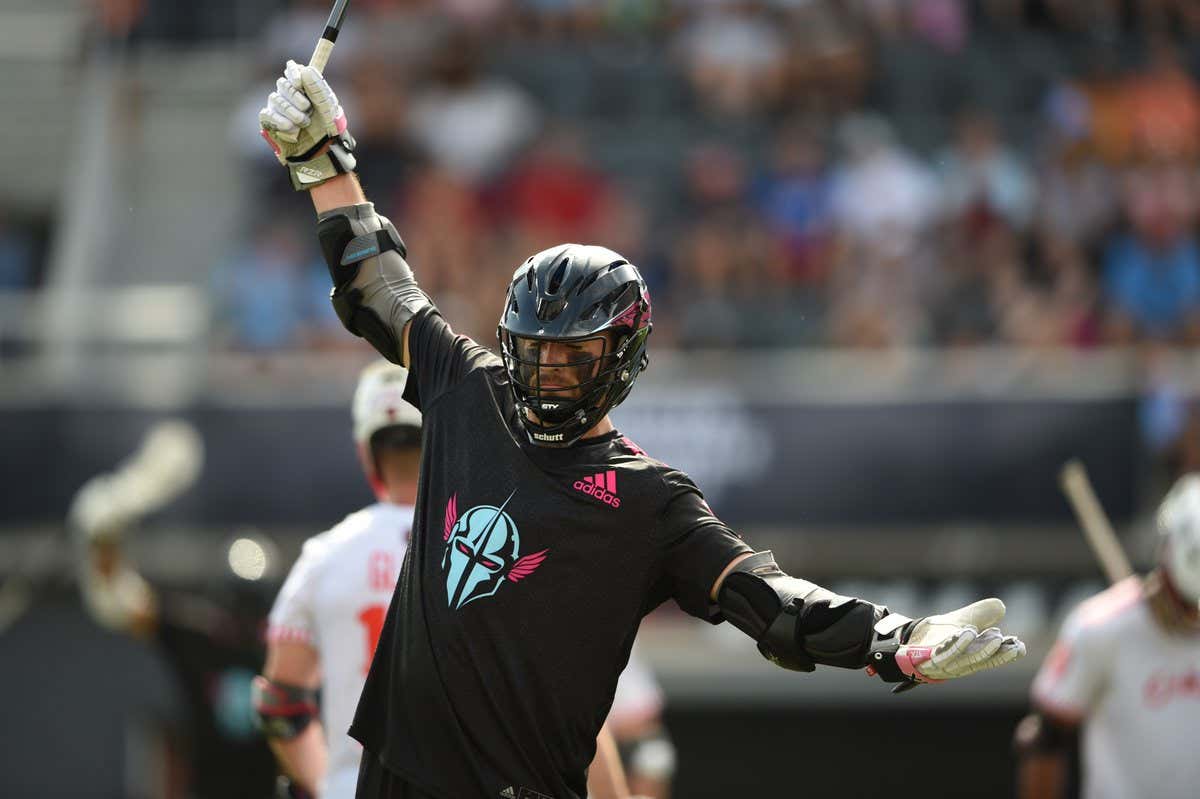 Well, folks, the dream is officially dead. Through the first 5 weeks of the season, it looked like we had a legitimate chance of seeing the Chrome go 0-10 in the inaugural PLL season and lose every game by just 1 or 2 goals. They had the opportunity to be one of the greatest winless teams in modern history. But that all came crashing down in our Nation’s capital yesterday as the Chrome absolutely shit pumped the Chaos 19-11. I mean it was a fucking BEATDOWN. One that took the Chaos from the league’s best goal differential of +7 to now being 4-2 with a goal differential of -1. Shit = confirmed pumped.

So now we head into the All Star Break with every team picking up at least one win. Which isn’t quite as sexy as being able to talk about a winless Chrome team for the next couple of weeks before the regular season picks back up. But it’s definitely a much better look for the league to not have anybody be 0-6 to start off the season. The Whipsnakes are starting to separate themselves from the rest of the league as the most dominant teams ever assembled. The new look Redwoods are currently the hottest squad on the block. The Archers have managed to lose 4 games in a row. The Atlai have been cursed by PMT. And somehow I feel like my tiny little brain could be convinced that any of these teams could end up winning a championship in September. This league.

This ended up being one of the lowest scoring games of the PLL season so far and that’s because if there’s one thing that is going to shutdown in Washington DC, it’s not the government but actually it’s just Drew Adams shutting down every shooter that comes his way.

First start of the season for Adams and the man was an absolute lunatic between the pipes all day. And if for any reason Drew Adams wasn’t available to voluntarily get hit with a ball with minimal padding to make a save, Matt McMahon was there to lend a helping hand.

There were a bunch of big time saves in this game and we were only 5 minutes away from seeing our first tie of the season. But this Redwoods offense is starting to snap with Jules and Ryder doing Jules and Ryder things.

So it was only a matter of time before one of them decided to call game in overtime. Next time maybe don’t give them so many opportunities to end your life and send the boys to the shower. 3 straight for the Woods.

For the longest time, we’ve referred to those who take faceoffs as FOGOs. In case you are somehow unaware, FOGO stands for “Face Off Get Off”. Then just a few short years ago, the FOGOs all started to get a little sensitive and said that they don’t like that term anymore. They wanted to be referred to as “Faceoff Specialists”. I’ll be honest–I didn’t like it. The last thing you need in life is a FOGO with too much confidence who feels the need to stay in the play for too long and completely jam up the offense. But, folks, let me tell you something right now…Joe Nardella has created a whole new subcategory of faceoff specialists which is the Face Off Score A Goal Go Back And Take Another Face Off Rinse And Repeat. Or a FOSAGGBATAFORAR for short.

Two tucks in the first quarter. Unreal night from Nardella, especially going up against Trevor Baptiste. Now the only issue here is that you have to wonder if this is eventually going to end up being bad for the sport. Think about all the little kids out there taking faceoffs right now who want to be the next Joe Nardella. Next thing you know, every faceoff kid is going to shoot the rock every chance they get instead of hitting the point man on the fast break. We can’t be having that. But if you’re a certified weapon like Nardella and can slap the back of the net, then by all means go off.

Now a common theme so far this PLL season is that Ryan Drenner is the most clutch player in PLL history. He already has two overtime winners to his name. And then on Saturday night, Drenner ends up with the game winning goal with just over 2 minutes left in the 4th quarter.

6 games. 3 game winners. Ryan Drenner should stay in DC and start working for the FBI because he’s a natural assassin.

Listen. I think everybody knew that if the Chrome were ever going to get their first win of the PLL season, there were 2 things that needed to happen. The first was that they were going to need to ditch wearing the pink socks. Whoever decided that a professional sports team should be wearing pink socks out there should have been fired on sight. Luckily the smartened up last week and switched over to black socks, but that still didn’t do the trick on its own. So the second thing that needed to happen was that a pair of Jordie’s were going to need to takeover. Which is exactly what happened yesterday with Jordan MacIntosh and Jordan Wolf putting on a clinic in DC.

5 goals for MacIntosh on the day. 4 goals for Wolf. Not sure how many of you bozos have ever done basic addition before in your life but that’s a quick 9 goals from Jordie’s alone in that game. So to keep going with the mathematics lesson, the Chrome ended up winning their first game by 8 goals. The Jordie’s combined for 9 goals. That right there is the difference and there’s nothing you can do or say to prove otherwise. It’s factual information. If you want to win, let Jordie spin.

And when it wasn’t either of the Jordan’s getting the job done for the Chrome, there were also guys like Justin Guterding who decided to take out a little of the frustration that had been building up over the last 5 weeks on the back of the net.

Low to high till the day we die.

And just like that, the Chrome are winless no more. It was a fun ride while it lasted. But I guess if you’re going to end your winless streak and steal the dream of an 0-10 season away from everybody, lighting up the scoreboard for 19 goals is the best way to do it.

So here’s where we are heading into the All Star Break.

The boys have this upcoming weekend off. Then the All Star Game and Skills Competition will be next Sunday in LA. Then we have 4 more weeks of the regular season where nobody knows what the hell is going on and who is going to beat who on any given week. I hope you all realize how lucky you were to be born as lacrosse fans because there are still plenty of idiots out there who aren’t watching this.