Well folks, here we are. It’s the 2019 All-Star Break, and in just a few hours, I’ll be heading downtown to throw back a couple pilsners with my old man before tonight’s Home Run Derby. But before I depart, I wanted to take a moment to discuss the state of the Cleveland Indians at the halfway point on the season. And oh what a first half it has been. How in the world is this team 50-38 and right in the thick of things??

To say this season started off rocky is an understatement. Our hitting was colder than a well digger’s asshole, Francisco Lindor was the injured list, and our incredible pitching staff started dropping like flies.

Prayers up to Cookie. But guess what? All three of them are expected to be back in the second half. And along with Trevor Bauer and recently named all-star Shane Bieber, the Indians should once again have the top rotation in baseball. Who will want to run into that come October? And our once shaky bats have been tearing the cover off the baseball, too. I could not be more excited for the 2nd half of this season.

And while this excitement certainly comes from the Tribe winning their last six heading into the break, I would be remiss not to mention the collapse of the fraudulent Minnesota Twins. I won’t go too in on them or their fan base right now, as there will be time to verbally abuse both for the months to come, but for them to jump out to a 40-18 start and now only hold a 5.5 game lead at the break is nothing short of a monumental choke job in process. This weirdo from Minnesota somehow got my SnapChat this weekend and had some choice words for me regarding the AL Central race. 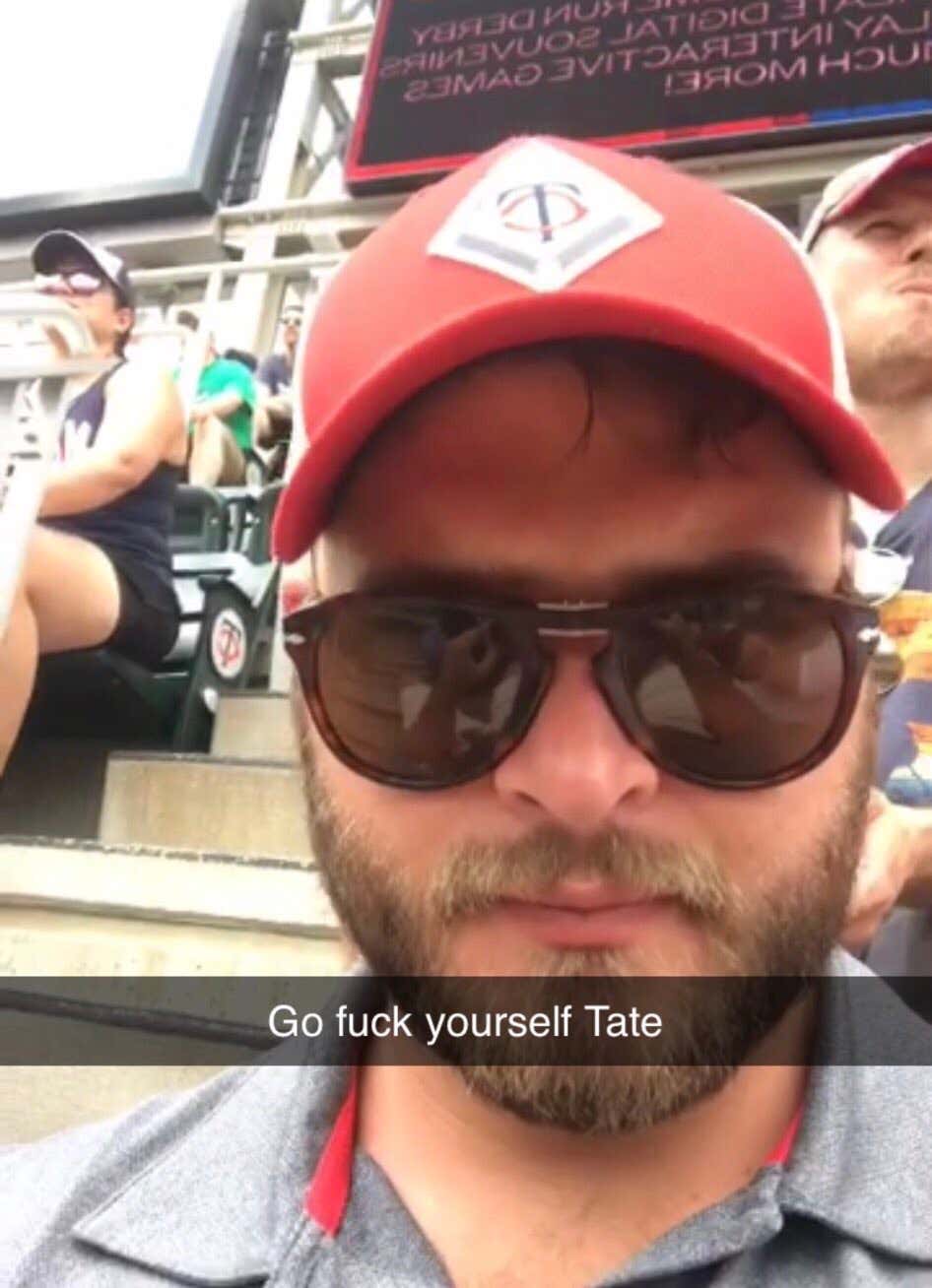 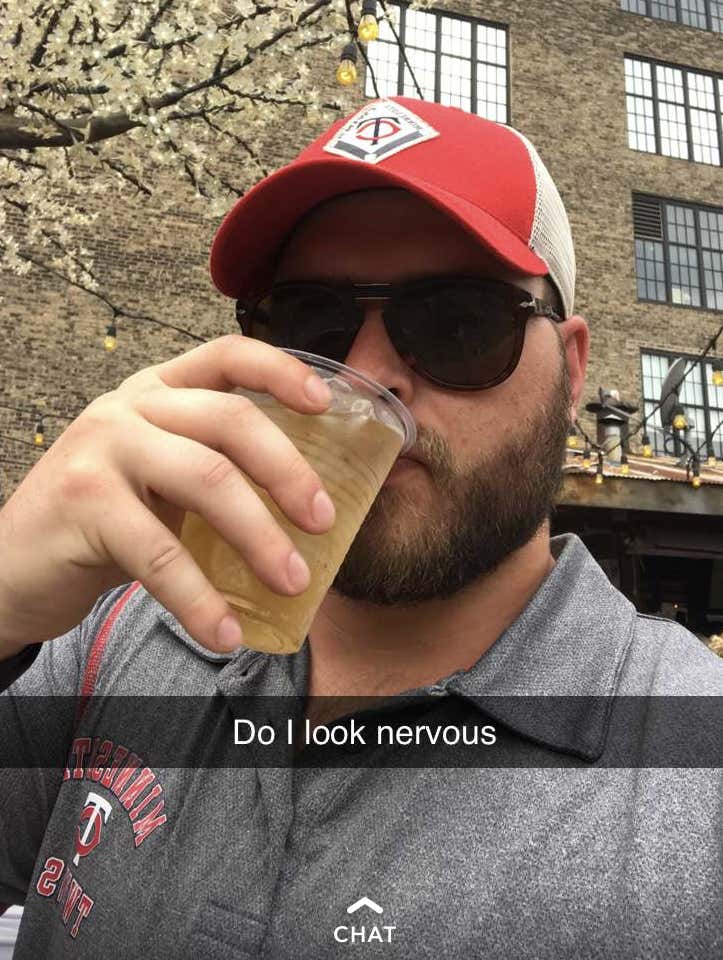 That is perhaps the most nervous looking human I’ve ever seen. Wearing sunglasses in the shade. Drinking a vodka redbull at the ballpark. So nervous that even his hair is poking out from under his Twins hat. Everyone and everything wants out of this mess. And with good reason, too. The Tribe are HOT.

The 3 game series between the Twins and Indians in Cleveland directly coming out of the All-Star break may be the most anticipated series in mid-July history. I’m thinking about backing out of a wedding I’m in just to make it to the stadium. But that’s something we’ll deal with at the end of the week. For now, let’s sit back and enjoy the next couple of days. Anyone in Cleveland for the festivities, WELCOME! I heard the craps tables at the casino are hot, and I heard the beer at the Thirsty Parrot is ice cold. Let’s have a great time and show why Cleveland is one of the best up and coming cities in America!