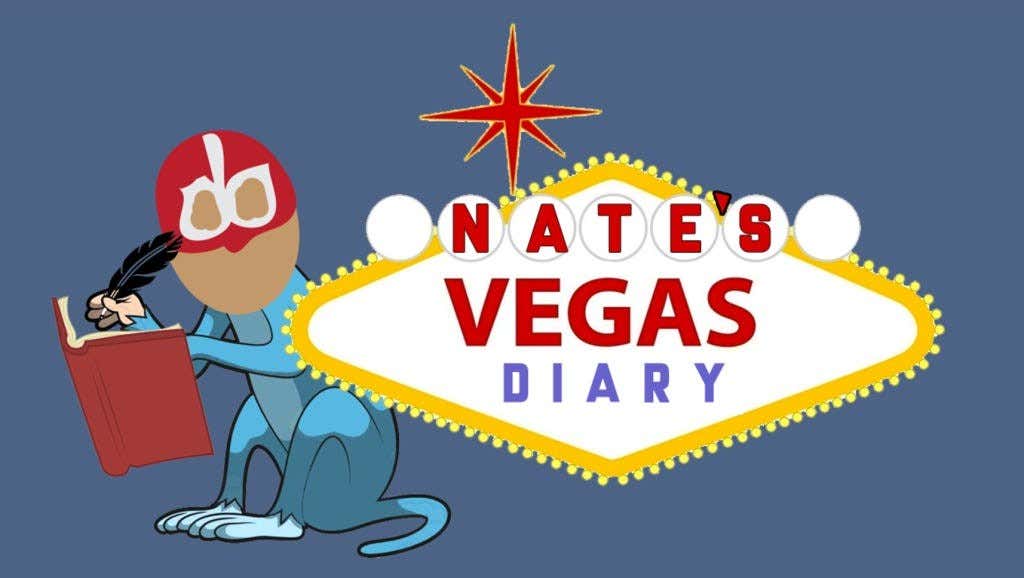 To put it lightly, yesterday was completely insane. Now keep in mind, everything happened while I was playing in the $10,000 buyin WSOP Main Event. The biggest, most important tournament of the year. Around $10 million for first place. And I was at the table, working from my phone the whole time. Because so, so much was happening. Let’s go through the day:

Level 1 (levels are 2 hours long and blinds are very low) was rather uneventful, as most 1st levels tend to be. From 60k starting I finished level 1 with 63k. You know who didn’t make it through level 1? Phil Ivey. He completely punted his stack, seemingly on purpose, for who knows what reason.

Level 2 was more of the same, chipped up to 70k. Smooth sailing, nothing crazy.

And then during level 3, things went completely off the rails.

We got a dude mooning the table, cock out, throwing a shoe. And as it turns out, that wasn’t even the craziest part of the day.

Oh wait that model is me, I’m so embarrassed, how silly of me not to realize it. Thank you Drew for the picture.

Anywho, next thing I know I’m getting love on ESPN

I’m at the top, baybyyyyyy. I had a ton of chips. Was playing/running pretty hot at that point. Was so fun. It was the quintessential Barstool Nate poker experience. A lot of raising, a lot of owning the table. The best way to play. Also shout out Cary Katz, he’s a real one.

But then Norman Chad, best known from making the same terrible, repetitive jokes and being an old, bitter, washed up man started taking shots at me and Barstool on ESPN.

Like, what the fuck is that? Norm can’t just let me have my moment? He has to make it all about himself and his agenda? Fuck that. He doesn’t know me. And if he has a problem with me, he knows EXACTLY where I am. What a coward. But whatever, he looks like a bozo taking unprovoked shots at Barstool on ESPN. It’s more of the same. Blue checkmark brigade says something stupid, Barstool grows stronger. Just annoying because I have so much fun at the table, I’m trying to do great things for the game, and he uses my time to talk about how he prefers to stick things up his butt. To each his own, I’m not knocking it, but I think there is a better way.

In a way to be honest though, I kinda respect his complete commitment to being a dick. Sort of something I would do. I just thought Big Js like him had a little more integrity than someone like me, but that’s the irony of the whole thing, he’s making jokes he also at the same time thinks he’s above. Classic.

But guess what? Maria Ho is a real one. Watch this ESPN clip of Maria giving me so much love:

That’s what it’s all about. And shout out to me for trying to get the camera man to turn to the guy next to me who won the pot. Spread the love to everyone, ya know? He was a nice gentleman from Michigan.

So what else happened? Oh yeah, so I’m fighting with Norman Chad, and then a fucking EARTHQUAKE shakes the entire place and it was wilddddddd

People were sprinting to the exists, and then most other people were just filming it. That’s how we’re all going to die one day, just standing around, filming the asteroid hitting Earth while all the underground bunkers are completely empty. And shout out to that spanish dude in my video, he was awesome. He claimed to speak zero english at all, but every so often he would chime in about something in perfect english, and then get back to speaking zero english. It was hilarious. I’m pretty sure he’s absolutely fluent in english and just pretends not to be. Legend.

Ok so then we go to dinner break because of the earthquake, and I have about 100k in chips which is a lot of chips.

We come back from dinner and OH MY GOD, THE GUY WHO WAS KICKED OUT OF THE MAIN EVENT IS BACK, DANCING ON TABLES AT THE LUXOR

I mean, how is this real life?!?! What an all time bender from this guy. Kicked out of the Main, 10k down the toilet, and then re-appears 10 hours later whipping his dick out at the Luxor. What an all time legendary performance.

All this is happening, by the way, while I’m still playing this $10k Main Event. I guess people were confused by the language in this video? Thought it was pretty basic tbh.

Took a big hit when I 3bet pre with JJ, and he fired 3 streets into me, hit a straight on the river, and I paid him off. I thought I had him read as having a bluff, which I almost was right about, but he hit the miracle, perfect river. It’s honestly the best feeling when you’re on his side of that hand, when you’re bluffing 3 streets and then get there and know you’re getting paid off. It’s the worst feeling to be on my side of it. I hope that helps explains it?

I’m not sure I won a hand after dinner. I tried. I fought. But nothing was happening for me.

We ended the night at like 1am. Tired, drained, and ready to finally get some sleep, I put 49.5k in the bag.

In any other tournament going into day 2 with 60bbs would feel great, this one feels a bit shitty, but what can ya do? Some crazy high % of Main Event final tablists don’t go into day 2 with above starting stack. I can’t find the tweet about it but it’s pretty nuts. So I feel fine. It was just a long, long day of working and grinding. I never got Aces, Kings, or Queens. I never flopped a set. Hit 2 flushes all day. It was a bunch of just grinding it out, and that’s what it’s all about.

And that’s why I started Cracking Aces. Because poker is still as awesome as it was when Monkeymaker won. It’s actually much better now. Much harder too, to be honest. I don’t *suck* at poker, but oh my god, some of these players are so, so good. On the podcast, the best players in the world have talked so much about how important it is to continually work on your game and try and get better. We just did an interview with one of the best tournament players of all time, Fedor Holz

and from talking to him you can just tell some of these guys are so, so much better than everyone else. For non-poker players, Fedor is…I mean, it’d be like talking to Barry Sanders in his prime if Barry Sanders won 5 Super Bowls in a row. Fedor had one of the sickest tournament runs we’ll ever see.

But as I was saying, that’s why I started Cracking Aces and I’m so glad people are following along, digging the podcast, following the updates on IG, all of it. It’s so fun to do, and I’m so lucky I get to play the Main Event. I have off today, and then I play day 2 tomorrow where I’ll look to spin up my stack. Thanks everyone for their support, and gosh bless.

Every Sunday there’s a $35,000 guarantee tournament

Disclaimer: Must be 21+. New Jersey Only. Deposit match released at 10% rate. For full terms and conditions visit playMGM.com