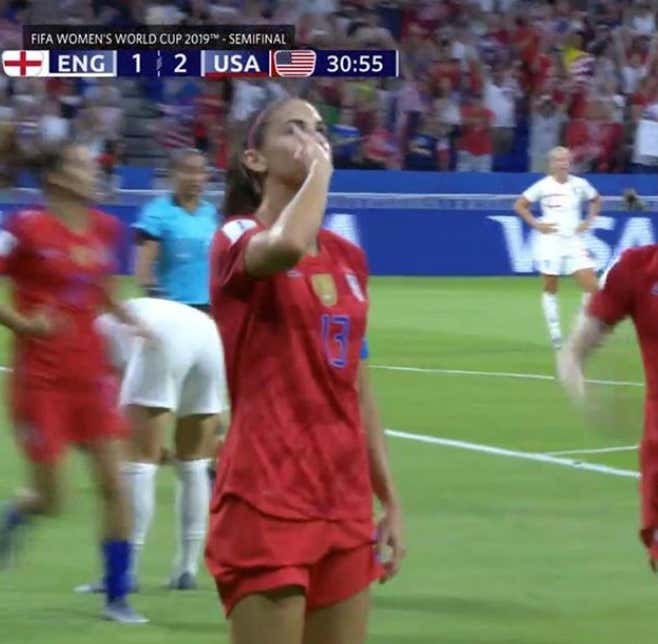 Truly one of the greatest celebrations in sports history. I’d defend that.

This is a tough time of the year for the Brits. They remember how they lost control of a future superpower in the world. Now they are left with what? The Queen? Due to their moodiness, the Brits took out this anger on Alex:

Alex Morgan must’ve seen these butthurt Brits after discussing the “controversy” in a recent interview:

In America, I truly believe that 99% of people loved the celebration. Also, to say that males in America aren’t criticized for their celebrations is wrong. Every bat flip results in journalist’s brains countrywide exploding. College football players literally aren’t allowed to celebrate or they are penalized.

Morgan’s criticism may be true for soccer players in Europe. However, let’s not forget that Shakari was criticized for his celebration against Serbia in the last World Cup. That celebration was politically charged, but so was Alex Morgan’s (not to the same degree).

Anybody who had a problem with Alex Morgan’s celebration is a hardo. It’s that simple. Are there double standards at play with this team? Yes, but I’d say that’s happening more across the pond than here. Tomorrow America’s most-watched soccer game in its countries history is going to be a women’s game. That’s pretty cool. Maybe we can talk about that more than a bunch of Brits that hate fun. Why do we care what these random Brits with absurd haircuts say? Look at this woman’s hairdo: 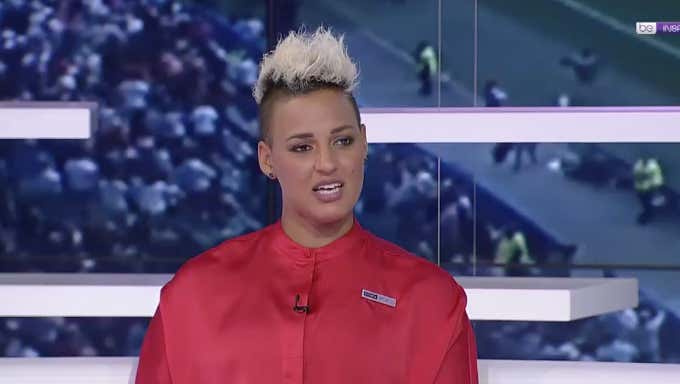 You’re Alex Morgan. Superstar. Leader of America. About to win the World Cup. That person saying you’re disrespectful is a joke.