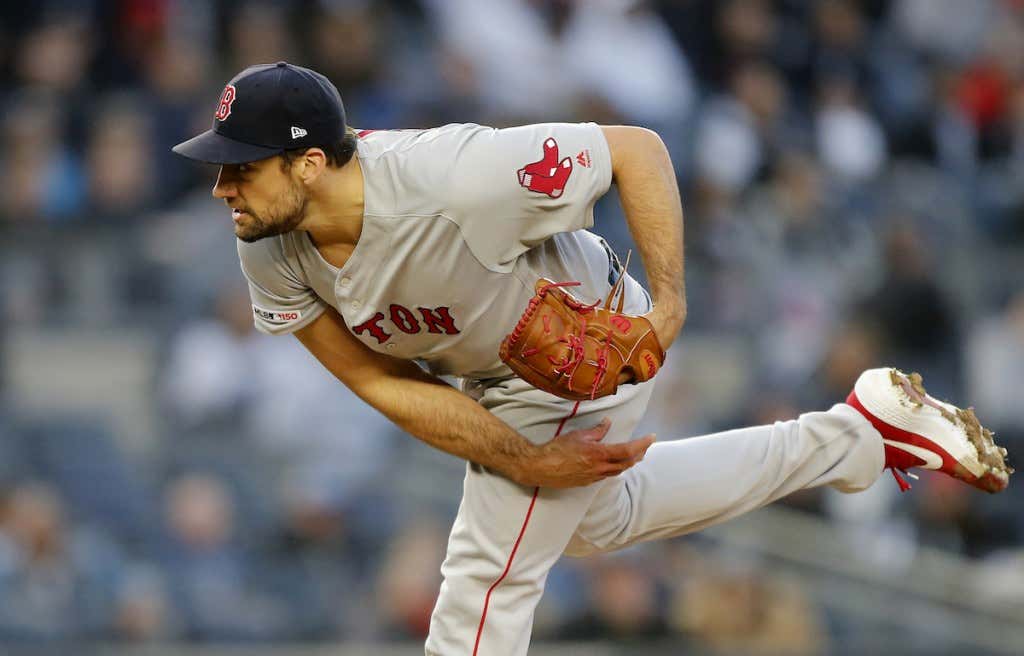 Not a fan of this move. Not a fan at all.

Before we sink our teeth into this, let me make one thing abundantly clear — I’m not saying that Nathan Eovaldi will fail as Red Sox closer. He could be quite successful in this role. That does not mean that this is the correct decision. Are we able to differentiate the two before we begin? Good. Great. Grand. Wonderful.

Okay, so why am I not a fan of this move? Well, there are a number of reasons. First, I think of Eovaldi’s health. He’s had two Tommy John surgeries and twice had to remove “floating bodies” in his pitching elbow, which is the cause for his most recent injury list stint on top of having bicep tendonitis post-surgery, pre-return. Instead of easing Eovaldi back in, he will now be immediately propelled into the highest leverage situations for a team that’s desperate to win any and every game that they can, sometimes working three days in a row if need be, throwing at max effort with every pitch.

I don’t know about you, but that doesn’t sound like the best idea. At least, not right out of the gate. That’s not to say that Eovaldi doesn’t throw at max effort as a starter, which is a fair point, as the right-hander often hits triple digits on the radar gun. Like I said, fair point but relievers are airing it out a little bit more than starters when they know they have one inning to work versus an intended seven-plus every five days.

Eovaldi’s health is the main reason, but another big reason would be that the void in the rotation will now remain until further notice, if not for the rest of the season. In Eovaldi’s absence, five pitchers have combined to make 12 starts in that fifth slot in the rotation, going 2-7 with a 6.57 ERA and a 1.60 WHIP. If that combination of five starters were one guy and he turned in that kind of performance as a fill-in for Eovaldi, then he would’ve been yanked from the rotation by now. Long story short, if Eovaldi is going to the bullpen, then the Red Sox are going to need a starter that doesn’t suck, because his replacements’ numbers combined do, in fact, suck.

Another point I’d like to make is that when Eovaldi re-signed with the Red Sox, he made it clear that he chose being a starter over a closer. And I quote:

“There were a lot of teams that reached out, wanted me to be a closer,” he said. “I view myself as a starter, and that’s something I’ve always done my entire career. And I enjoy doing that. So if I had that choice, I still wanted to be a starter.”

No, I’m not saying that his heart won’t be in it. But what I am saying is that under no circumstances would Eovaldi decline a request from the Red Sox when they’re in need. This crazy son of a bitch was ready to take the ball in Game 4 after pitching his balls off in Game 3 of the World Series, and the psychopath was even warming up to come out of the bullpen in Game 5. He will quite literally do anything to help the Red Sox win, which is why we’re talking about him becoming the new Red Sox closer. Is it his preference? No. Do the Red Sox need him to do it? Yes. Is he doing it? Apparently.

To add to the list of reasons why I don’t like this idea — the Red Sox re-signed Eovaldi to a four-year, $68 million contract. That’s not closer money. That’s starter money. Eovaldi is being paid $17 million annually. Not to bring up a sore subject here, but Craig Kimbrel received $43 million over three years from the Cubs. He’s making a prorated salary of about $16 million this season, $16 million annually over the next two years. The Red Sox are not paying Eovaldi to be a closer, yet here we are.

It’s a weird connection, but Dustin Pedroia’s injury has hampered the Red Sox a bit in regards to their bullpen. Not so much the money that he’s making, as I believe he’s earned that, but his questionable status at the start of the year forced the Red Sox to pick up Eduardo Nunez’s $4 million option. That, and then the re-signing of Steve Pearce at $6.25 million for 2019 that they’ve seen zero return on that investment. What might the Red Sox have been able to do with that roughly $10 million to help their bullpen before the season even started? Quality relievers weren’t exactly breaking the bank this past offseason.

John Henry made comments in London that he doesn’t expect to add much payroll to help this team, so those comments alone were probably enough to force the Red Sox’ hand to move Eovaldi to the bullpen. Right now, they really don’t have any other choice. And to piggyback off of Henry’s comments, how can you blame the guy? He’s shelled out the highest payroll in baseball once again and the return on his investment has been incredibly disappointing. Obviously the Red Sox need bullpen help, but when you buy a Lamborghini, you don’t want to hear from the dealership that you also need to spend more money on extra parts before it works the way it was intended to off the lot.

I guess we’ll see how it goes. Back to the point about Eovaldi going to the bullpen leaving a hole in the rotation — the bigger need is obviously the backend of the bullpen. So, a major void is perhaps being filled, which all depends on Eovaldi’s health. I’m not exactly sure that’s something that many people are comfortable with rolling the dice on. At this point, the Red Sox are left to do whatever they can with what they’ve got and hope for the best. Comforting words, I know.