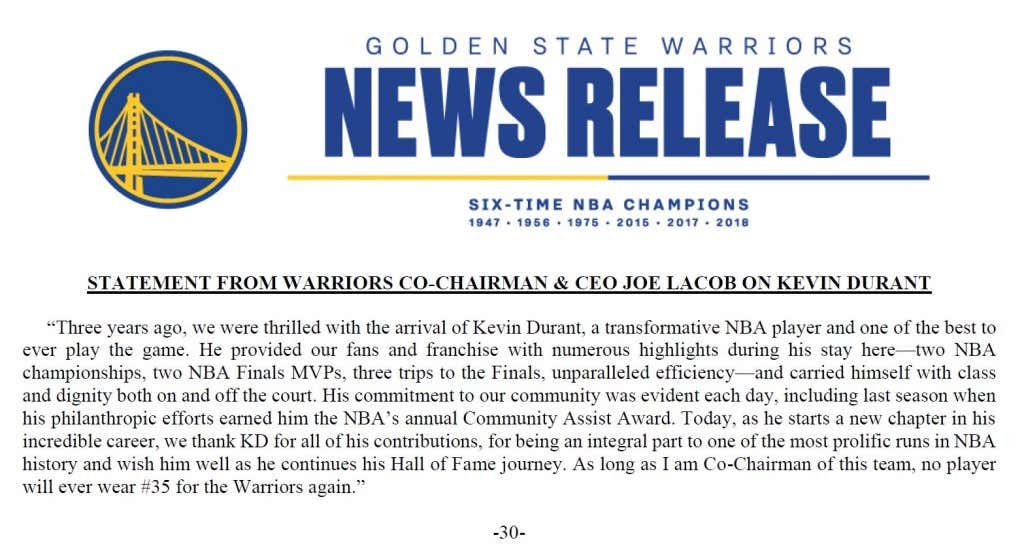 What a move out of the Warriors! Now I’m not going to say I love it because it’s a classy way to honor a 2-time Finals MVP that helped them avenge the 2016 Finals debacle or that it may or may not be a nice “Please don’t claim malpractice” gesture to give to someone that was told he couldn’t injure himself any further before suffering one of the most catastrophic injuries possible in the sport.

I love it because it’s the perfect move to pull on someone after they break up with you. KD just left the Dubs to team up with the biggest goddamn loony toon this side of Space Jam 2. When shit hits the fan in Brooklyn, Durant is probably going to get into his own feelings and remember the good times where the two guards on his team were two of the most unassuming stars on the planet that also had two of the wettest jumpers in the universe. Because the internet shamed him out of that plush landing spot, he uprooted his life and moved to this grimy city his hopes of rehabbing, meshing with new teammates, and getting back to the place he was every single year with his old team. The Warriors taking the “high road” and honoring him by retiring his number will twist the dagger ever so slightly as he tries to avoid those lovely winter slush puddles that are deeper than Kyrie’s thoughts which will cause Durant to get that H-Town in him. He’ll want that old thing back.

I imagine retiring number 35 was really no big deal for the Warriors because who the fuck wants to wear an ugly number like 35 anyway? Durant becoming an MVP with one of the most unsightly numbers in the English language is just as impressive as him being 7 footer with unlimited range. It’s not like Golden State is going to unretire it for fellow number 35 legends Chris Kaman or Adam Morrison. And if the Warriors draft Bronny Jr. with the first pick in a few years that they likely swindled from the Knicks and he demands number 35, I guarantee the Warriors will give it to him in a millisecond regardless of this hollow gesture.

Don’t get me wrong though, nothing beats a nice but hollow gesture. Like offering to help a buddy move even though you know he already paid movers. So hats off to Joe Lacob and the Warriors. You don’t get the reputation for being one of the smartest front offices on just championships alone.

P.S. Too bad KD turned down that Knicks non-max contract offer because MSG has been honoring greats that are no longer playing for them years before it was cool. #OnceAKnickAlwaysAKnick 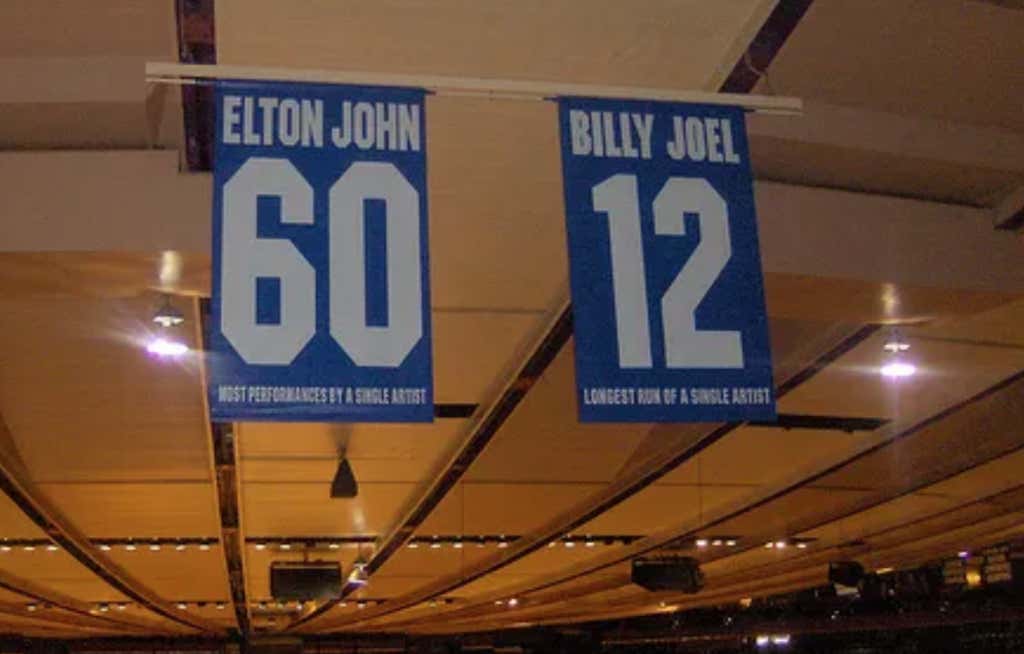