Put your heads squarely on a swivel, Indians fans! Because Man Bear Pete is coming to your stadium to prove that not every part of the Mets organization is THE ABSOLUTE WORST.

I would also like to ask the people at Major League Baseball to remove those lollygagging kids from the outfield when Pete is at the plate because I don’t want one of him smoking a 2,000 MPH Statcast laser beam through a 12-year-old that wasn’t paying attention. There is enough bad juju flaoting around the Mets as is. I don’t need to lose our best young slugger to manslaughter charges, even though it feels like something bad will inevitably happen to him since the Mets landing a dude this awesome seems like a glitch. Doc and Darryl had cocaine and David Wright had health issues and Citi Field’s dimensions. So Pete’s Mets career is a constant Final Destination movie every day in my mind and the Home Run Derby presents a very real threat to his freedom or at least potentially ruining his swing for a few months.

I know I am biased since I root for the Goddamn Mets. But I would imagine Pete has a pretty good chance to win this thing not only because of his raw strength that turns end-of-the-bat nubbers into bombs and gave him the Mets rookie home run record by June. But also because Pete gets to pick his pitcher for the Derby and has the entire Mets bullpen that leads the league with 20 saves at his disposal. Does he put Gasoline Gagnon on the bump? How about the Familiacoaster? Or how about we just go full Mets and have the “stud” closer our agent GM traded top prospects for in addition to Robinson Cano’s contract that will anchor the payroll for the next half decade. It may suck watching that bullpen rip our hearts out on a nightly basis. But I would love watching Pete feast on them for once and winning a million bucks while doing so.

Now lets wrap this Friday up by watching and listening to all of his home runs to start this ridiculous career. 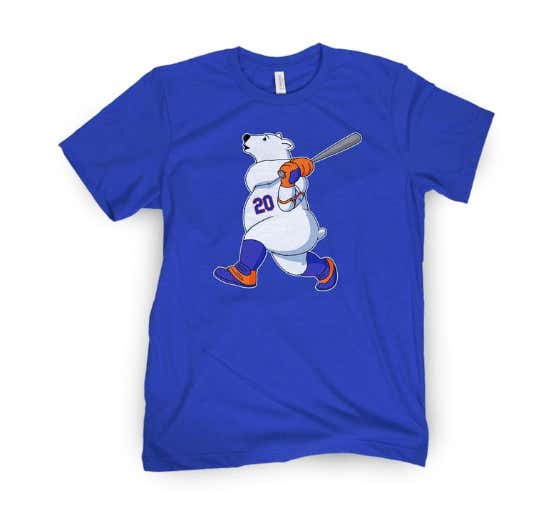