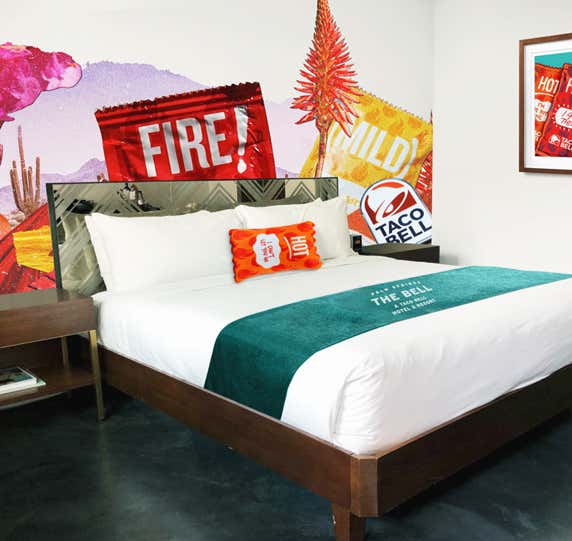 USA TODAY- Apparently, people were excited about the prospect of sleeping in a taco-themed room. So excited that reservations for the Taco Bell pop-up hotel in Palm Springs, California, sold out in just 2 minutes after opening at 10 a.m. Pacific time Thursday, reports The Desert Sun, which is part of the USA TODAY Network.

“Taco Bell fans are truly one of a kind, and today was one of the best expressions of that fandom yet,” Taco Bell Global Chief Brand Officer Marisa Thalberg said in an email. “The Bell: A Taco Bell Hotel and Resort officially sold out in just 2 minutes. We would like to extend a big ‘thank you’ for those who have come along on this journey with us and even though The Bell is sold out, we’ll have more to share on exclusive merchandise, food and more in the coming weeks so those unable to score a room can still experience the fun from home.”

Guests will stay in rooms decorated wall-to-wall and floor-to-ceiling with Taco Bell artwork, wake up to a special Taco Bell breakfast delivered to their door and float in the pool on a giant Taco Bell sauce packet raft.

As if the entire history of capitalism hasn’t proven that you will make money giving the people what they want, you can add an entire hotel selling out as quickly as a re-release of retro Jordans. I’m not surprised though. I still remember watching Richie Rich as a kid and having my brain explode when it was revealed that spoiled son of a bitch had a McDonald’s in his house.

But the thought of an entire hotel BEING a fast food joint is making my brain tingle. Hold on a sec…

*Googles symptoms of having a stroke*

Nope, my brain appears to be perfectly fine other than being kinda slow but still super excited about this hotel merely existing in real life since it’s all Taco Bell all the time. I may be, how should I put this, a veteran of the fast food game. But despite all that, the one fast food spot that I never know what I will order right up until I get to the cashier is Taco Bell. In the words of famed philosopher Kevin Garnett, anything is possible when it comes to my TB order. I could go with a value meal, a Big Box, or put together some sort of hodge podge a la carte meal using the $1 menu, some tacos (always Doritos Loco obviously), and decide on my franchise player entree at the last second. Maybe it’s a Chalupa, maybe it’s a quesadilla, maybe it’s something really cool that I don’t even know about.

My job may prevent me from living like a king, but I’d feel just as regal as Bran The Broken (AKA the man who won Game of Thrones) at this Taco Bell hotel. According to their website, guests get first dibs on new Taco Bell creations, a nail salon for Wifey, movies for the kids, a complimentary stocked mini fridge so you can feel like a rich person without the actual money, and a pool straight out of heaven that embraces you living out your taco wishes and Gordita dreams. 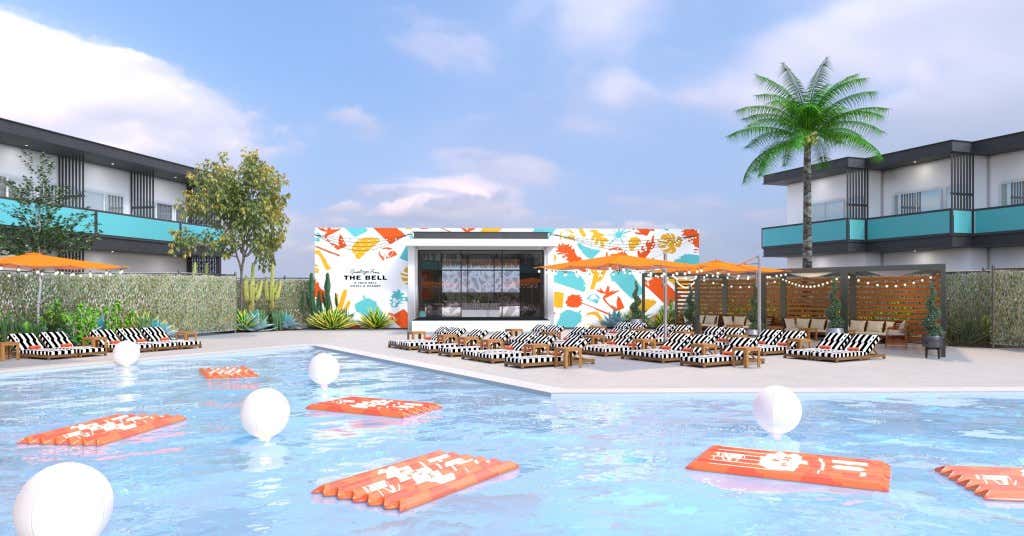 TL;DR- God bless America for having a Taco Bell hotel and Americans for completely booking it in 120 seconds.