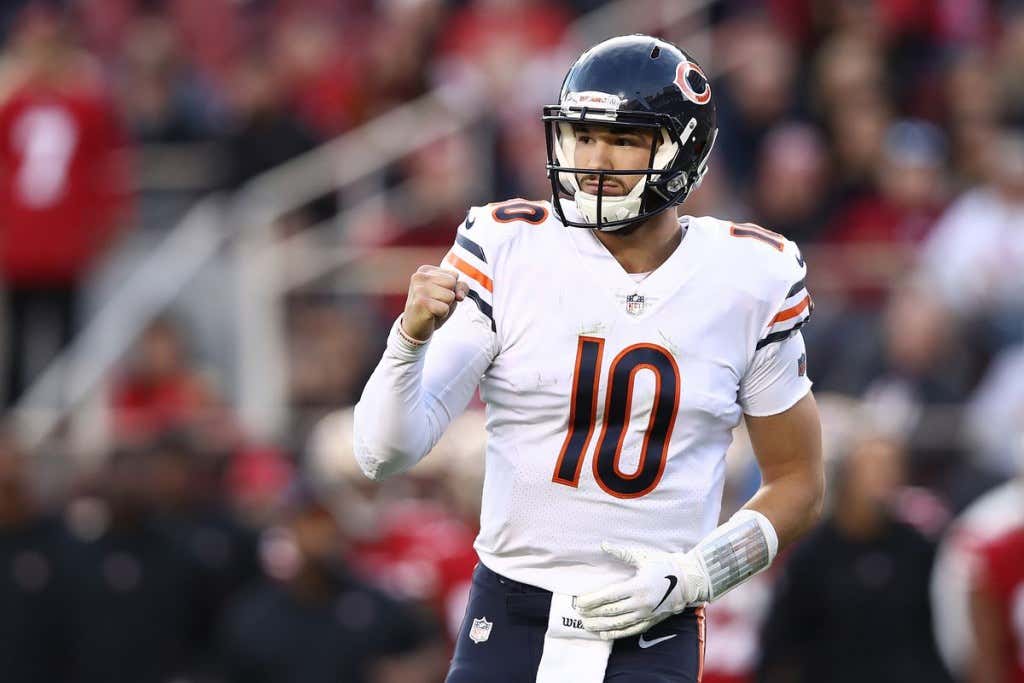 MVP odds were released this week at the Westgate Superbook in Las Vegas, and Trubisky opened at 200-1. As noted by Will Brinson, within two days, enough bets had been made on Trubisky that his MVP odds had moved to 50-1.

I know you’re all about to jump down my throat about how Mitch has no shot to win MVP. I get it. You think he sucks and is hindering the Bears. But, if I remove myself from my Bears fandom completely and if you know anything about gambling you know that this is all about value.

John Murray the Sportsbook Director at the Westgate Superbook in Las Vegas spoke with Joe O on The Score yesterday about what the thought process is/how many people have bet Mitch so far to make the odds drop:

I guess “bets flying in” isn’t completely accurate because John said it’s only been about 8. That’s pretty wild that only 8 bets can swing a line from 200-1 to 50-1.

I’m not going to sit here and pitch to you why I think that’s a good bet, but if you listened to John you just have to understand that any QB at 200-1 odds should look juicy because they’re the only ones that win the damn thing. Mitch is on a winning team and has a ton of weapons around him. He came on strong at times last year and could absolutely be poised for a break out year.

Now does that mean it’s going to be good enough to win MVP? Probably not, but who the hell knows? It’s the NFL. Crazy shit happens all the time.

And at 200-1 it’s absolutely worth a look if you’re a gambling man and can find it somewhere else.