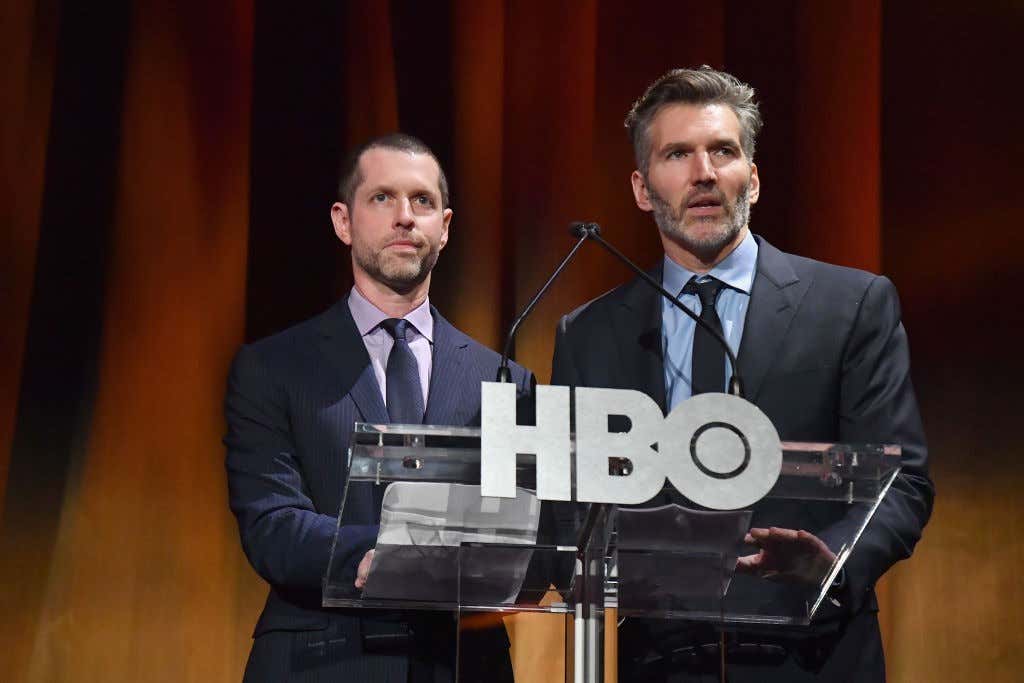 Winter Is Coming- Not long ago, HBO announced that a large contingent of Game of Thrones cast members would be descending on Hall H at this year’s San Diego Comic-Con’s for a victory lap now that the show is over. Today, HBO announced a few new additions, including showrunners David Benioff and Dan Weiss.

Well unless nerd culture has changed SIGNIFICANTLY over the last month or so, I’d say that Benioff and Weiss are about to walk into a shitload of fanboy Dracarys in San Diego.

We’ve already gone over how disappointed fans were about the last Game of Thrones season on the blog, on podcasts, on Twitter, and at the water cooler with Darren Rovell. But there was never really anybody to take a pound of flesh from after they unplugged from the world.

However it looks like Davey and Danny are ready to face the music, which may be the Rains of Castamere and all the loveliness that usually follows when it’s playing. I don’t usually watch Comic Con panels because I’m not that diehard of a fan of really anything. But I need to see grown ass men and women whose lives were ruined by the way a fictional show wrapped will ask the hard questions like “What the fuck was that?”, “No seriously what the fuck was that”, and “Why did you rush through the ending of the biggest show on television with the grace and speed of a simulated Madden season when you could have had as much time as you wanted?”

If either Benioff or Weiss was smart (I still don’t know which is which), they would pull a move straight out of Thrones and put their other one on the chopping block. Say that guy didn’t give a fuck about Thrones once they could no longer suck on the proverbial teet of George RR Martin’s brain since they ran out of book material and wanted to wrap everything the fuck up ASAP so they could enjoy their money and start making a Star Wars trilogy. Then again, I may be giving these guys too much credit considering what they just did to one of the most beloved TV franchises ever that went from having one of the most supportive fanbases on the planet to 1.5 million people signing a petition for them to redo the final season.