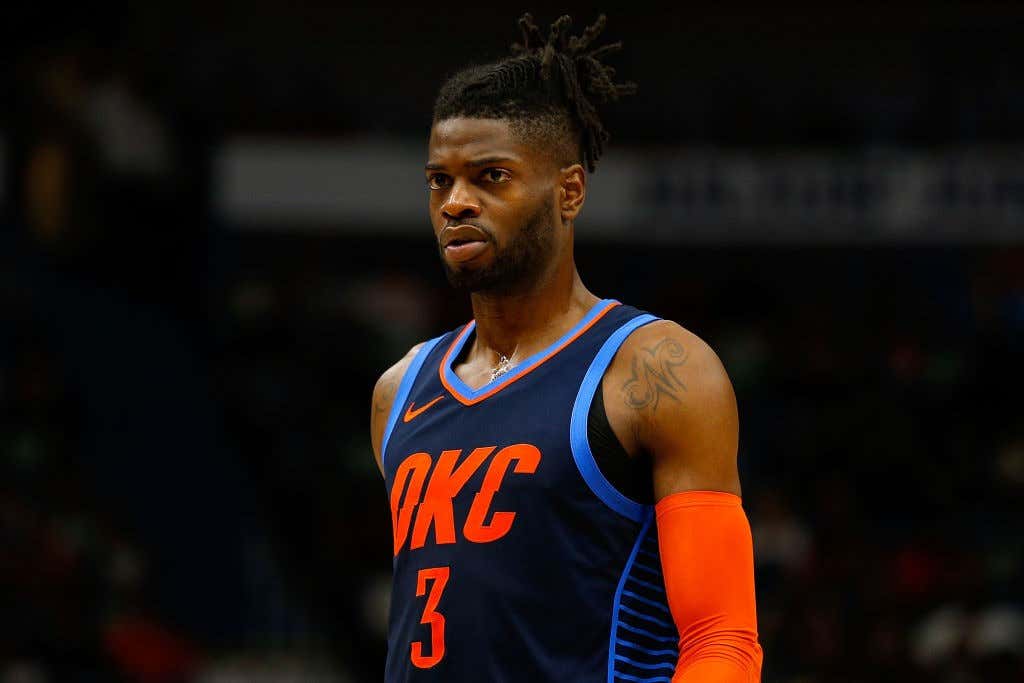 You sometimes forget that Nerlens Noel is just 25 years old. The Sixers drafted him 3rd when they were Processing, he spent three years there and wasn’t terrible by any means but clearly wasn’t what they were hoping for. He had some injury issues and didn’t love his role with Embiid/Okafor/Richaud Holmes on the roster and he barely played. Eventually Brett Brown took him out of the rotation and it was a wrap for him in Philly. He was then traded to DAL where he was pretty much a nonfactor. He accepted his qualifying offer in 2017 probably with the idea that a big money offer was waiting for him, only the exact opposite happened. To be honest his most notable moment as a Mav was when he ate a hot dog during halftime

He hurt his thumb and missed 42 games and then eventually got suspended for violating the NBA’s Anti Drug Program. You could say that up until this point Nerlens Noel’s NBA career mad mostly been a disappointment given the hype surrounding him when he entered the league. After missing out on that big payday, Noel found himself in OKC for basically nothing. Now while he didn’t blow the doors off or anything, there were some real signs that maybe something is there

Which brings me to Sham’s tweet. As we know the Celtics are currently looking for cheap big man help. Right off the bat it doesn’t hurt that Noel is from Malden, but would it actually make sense in terms of his skillset and their needs? Well, for those who are obsessed with this “timeline” idea Noel fits there, but for a team that desperately needs rebounding/defense/rim protection help here are the facts on how Noel performed in each of those areas

By comparison that rebounding percentage is slightly better than Horford/Baynes and the BLK% is drastically better. Now who knows if he’ll be cheap this time around, but my guess is probably. In terms of fit he’s a guy who you don’t need to give the ball to offensively, you can just throw him lobs every once in a while, and he checks the boxes in terms of rebounding/defense. We have no idea if Ainge is even interested but I’m having a hard time finding a reason why he shouldn’t be. Especially if it’s a low cost, low risk high reward situation. Maybe you get him into the Celts system and Brad gets the most out of him. Personally if the options are roll the dice with someone like Noel instead of giving up real assets for someone like Capela or Adams, I’d rather just roll the dice with Noel.

Honestly the fit seems so good on paper it probably won’t happen. But as more and more of these low cost big men become available we’ll look at them all and so far I see now downside to kicking the tires and seeing what Noel can do.

So what say you, if the money works are you in or out on someone like Noel?