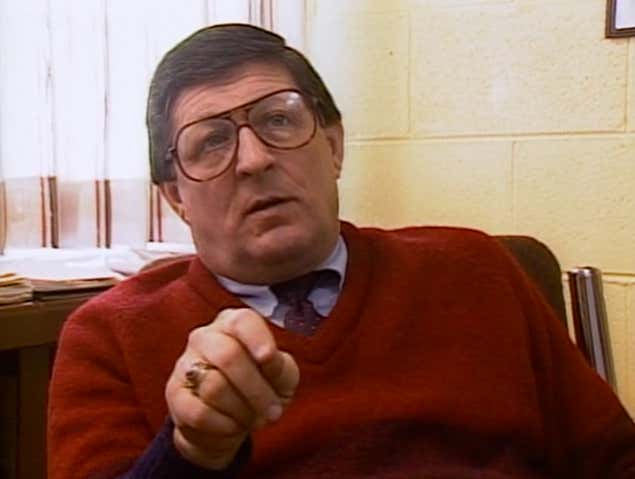 High School basketball isn’t something we really cover on Barstool, but Gene Pingatore is such a legend that I felt like I had to blog it. If you’re not a Chicago guy and are reading this you probably remember him from the documentary “Hoop Dreams”. He coached William Gates and Arthur Agee at St. Joseph High School in Westchester and caught heat for how he was portrayed in the film. I didn’t know him personally, but there were many people that said he kind of caught a raw deal on the whole thing.

I can’t really speak for that, but what I can speak for is that he was the winningest coach in Illinois High School basketball history going 1,035-383 during a 50 year career and was prepping for year 51 of coaching as late as last weekend at a Summer League game at Riverside-Brookfield.

He coached numerous NBA stars, most notably Isiah Thomas who posted a heartfelt message for him on Twitter:

Being a St. Pats guy I’ll never forget some of the battles we had against St. Joes and just the aura Gene Pingatore carried with him on the bench. It’s always weird to watch a living legend and he was just that.

One game in particular that sticks out was during my sophomore year they were ranked #3 in State and were on a 50 game ESCC win streak. They had a couple guys named Evan Turner & Demetri McCamey if you’ve ever heard of them and we beat em on their home court after Sam Maniscalco dropped 30. Incredible game.

P.S. – If anybody has any stories to share I’d be happy to paste em into this blog. Just reach out to me at eddie@barstoolsports.com

Update: Patrick from Class of ’05

As I sit here at work with a heavy heart, I would love to write something for Coach Ping. I have never ever written something like this but for me and 1000s of others has made an impact in my life, by shaping me to the man I am today.
I played for the St. Joes program for 4 years under Ping and although people can write a book about him, I will type whatever is on my head. Basketball wise, yes he was a legendary coach who has helped 100’s of kids become succesful  men. Coach preached hard work and perfection where on the practice court, you may tend to get angry and frustrated from the tough love. but what we all got from that was Discipline, hard work, father figure, and someone you felt like you can go to talk for the rest of your life. Coach Ping is 1 of 1 and his legacy and memories will live on through 1000’s of people. We all love and are saddened Coach. RIP
chicago+ 5 Tags