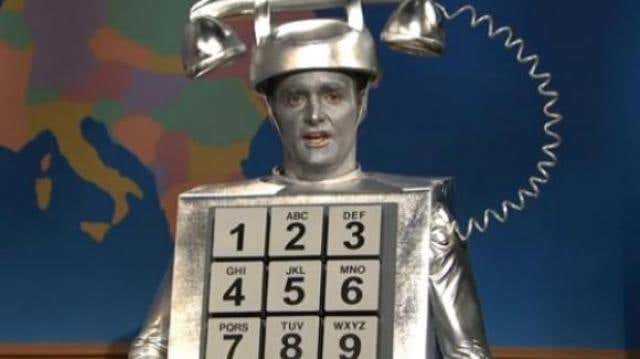 CNN – The US government announced a nationwide crackdown on illegal robocalls on Tuesday, targeting companies and individuals who have collectively placed over 1 billion unwanted calls for financial schemes and other services, according to the Federal Trade Commission.

The crackdown involves nearly 100 cases, five of which are criminal enforcement actions. They were brought by the FTC, Justice Department, 15 states and a slew of local authorities.

It marks the latest effort by regulators to battle back the tide of unwanted and illegal calls from telemarketers and scammers.

The signing of the Declaration of Independence. Going back-to-back to win WWI and WWII. Inventing Chick-Fil-A. Up until today, these were some of the greatest achievements and most monumental moments throughout the course of American history. But today? Well today there is a new moment to add to the list, and that is the day that the US Government said that enough is enough and that it’s time to finally go to war against these goddamn robocalls.

I’ve been blogging about this shit for years now. The robocall epidemic in America has reached a catastrophic point. We are now living in a time when you can’t even pick up your phone anymore because if you do, you run the risk of being put on some list where telemarketers just blow your shit up 24/7 for the rest of your life or until you’re forced to get a new phone number. Here’s what I said about robocalls back in August 2018.

Every single fucking day it’s the same thing. These pieces of shits are relentless. And what are we supposed to do about it? Nothing? Just sit back and let the robots win? No friggin’ chance, people. It’s time for us, as human beings, to stand united against robocalls. It was actually time for us to take a stand 364 days ago but it’s time to rally the troops again now.

If President Trump wants to go to war with anybody, he needs to go to war against these dirty rotten scoundrels. I don’t care how he has to get rid of them, all options are on the table. It’s infuriating, it’s illegal, and it needs to come to an end.

Now I don’t want this blog to turn into me taking most of the credit for finally pressuring the government into doing something about that. I mean I certainly wouldn’t decline at least some of the credit here considering I’ve been begging to go to war against robocalls since August 2017. Now here we are almost 2 full years later and we’re finally now just getting around to doing something about it. But again, that’s not what I’m here for right now.

What I’m here to say is that this is merely just the beginning. It’s one thing for the government to finally declare war against the robocalls. But now the fight begins. We’ve been building up for 2 years to get to this point. That doesn’t mean that our job is done, however. If we all just sit back and say to ourselves, “oh well the government is dealing with it now, we’re gucci” well then there’s not a chance in hell that we come out of this war alive. Mainly because the robots absolutely fucking despise when we say like like “we’re gucci”.

But yeah. We have a long and treacherous battle ahead of us. We’re still going to be dealing with a constant bombardment of phone calls coming from unknown numbers that are basically the same exact phone number as your but just with all of the numbers switched around. Some of us might not make it through to the end. But just know that your sacrifice will not go by unnoticed. Just realize that your sacrifice will be for the betterment of this great nation and for humanity in general. The robocalls may have an algorithm on their side. The robocalls may have a software that allows them to make millions of calls at the same time on their side. But we’re humans, and we have heart. And that will always separate us from those good for nothing piece of shit robots.