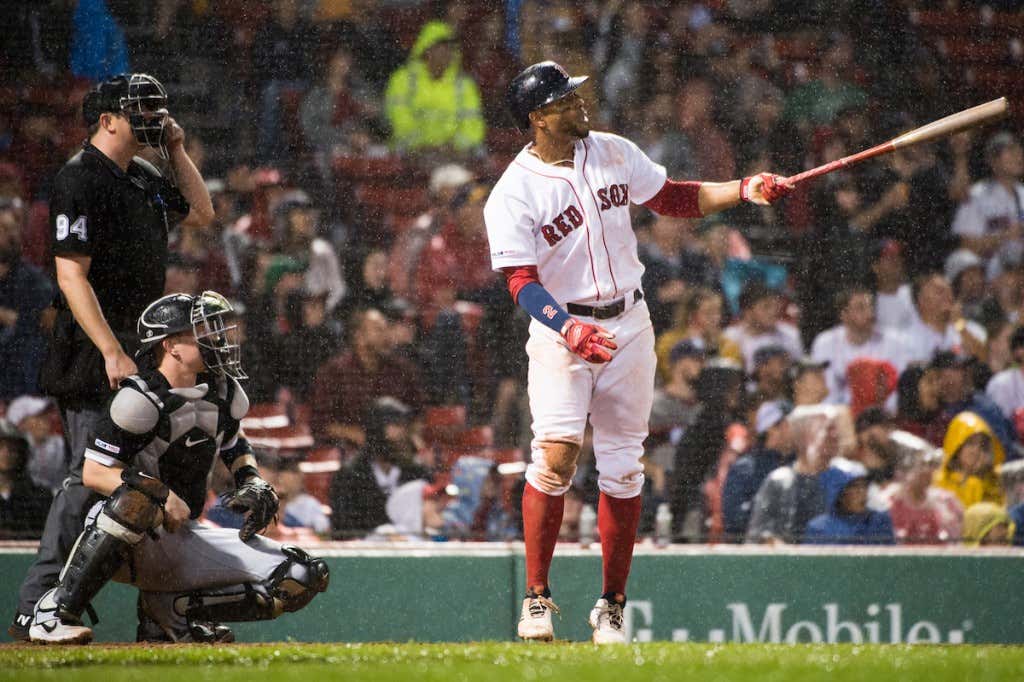 Win series. That’s the name of the game. With a win tonight, the Red Sox go into the series finale on Wednesday having already taken their second series from the White Sox.

David Price got the ball for the Red Sox in the middle game against Chicago with an extra day of rest. Alex Cora stressed the importance of keeping his starters fresh, Price in particular after he had already hit the shelf this year with tendonitis in his pitching elbow back in May. The left-hander shined once again, striking out nine over six innings of work, allowing a pair of earned runs without walking a batter. Price threw 97 pitches, 72 of which were strikes and leaned heavily on the changeup. It worked, obviously.

The White Sox scored their first run of the game in the second inning when James McCann reached on an error by Xander Bogaerts and later came around to score. That’s important to keep in mind, because that run tied the ballgame at the time and I’d imagine that fueled a little something later in the night.

Rafael Devers was a man on a mission in this one. He doubled in a run in the first, and doubled two more times for a four-hit night. Since homering for the first time on May 3, Devers is hitting .330 with a .966 OPS, trailing Bogaerts by one extra-base hit for the team lead over that span with 28. The 13-year-old’s 119 total bases do, however, lead the Red Sox over that stretch of 49 games. In fact, those 119 total bases lead the American League, three more than the reigning National League MVP Christian Yelich for those keeping score at home.

Tied at three in the bottom of the fifth, Bogaerts came to the plate with, guess who, Devers at second base, who doubled. Bogaerts pissed on an 0-1 97 MPH fastball that he launched through the rain drops and over the Green Monster to give the Red Sox a 5-3 lead. It’s a joke that Bogaerts won’t be the starting shortstop at the All Star Game this year, as he’s leading all players at the position in fWAR. Since May 27, Bogaerts is hitting .321 with a 1.027 OPS, tied with Christian Yelich and Pete Alonso for the major league lead with 19 extra-base hits.

I’ve got a feeling that the Red Sox bullpen will continue to be a story throughout the rest of the year, regardless of whether or not they add another arm. I think they will, but then all eyes will be on that poor soul to be the savior. I don’t think it’s as bleak as most do, and that’s because there are guys who can handle their shit at the backend. The ninth is another story. But Matt Barnes returned to form after working three straight games and four of five to pitch a scoreless seventh with a couple strikeouts. Ryan Brasier also punched out a pair in a scoreless eighth, while Brandon Workman did the same to close out the ninth.

Side note — speedy recovery to Tim Anderson. Love how hard that dude plays and everything he stands for in this game. Get back on the field soon, Tim.