Once you get over the laughter about Danny Ainge and the Celtics being a “stealth” suitor while also reading that news on Twitter which isn’t exactly very stealthy, this certainly is a bit of interesting news. It also coincides with a random DM I got from a stoolie who told me not to be surprised if Kemba ended up in Boston on July 1 and as we know #TwitterSources never lie. Before we dive in, let’s get the facts straight. Can this team even make a move like that happen?

So this means no Kyrie/Al (expected) and the important one of renouncing Terry Rozier’s right. If we had to choose between the cap hold of Theis and Wanamaker I have to roll with Theis given who the Celts just drafted and what their frontcourt depth looks like at the moment. In terms of fit, do I think this could help?

In theory it checks a lot of boxes. Kemba gives you that primary scorer this team needs with the departure of Kyrie Irving, he’s a walking bucket and coming off one of the best year’s of his career. You want to help create space for your young kids to cook, having Kemba on the floor helps you. He’s ball dominant but nothing that’s too different from the Isaiah/Kyrie days and everything you hear about him on the court is that he’s zero drama. I could get down for that.

The negatives are pretty obvious. He’s 29 years old which doesn’t exactly line up with the youth movement, you’re paying a hefty price for a point guard who may have just peaked, and his defense isn’t exactly lock down quality. By going with this move you’re pretty much punting on bringing in any sort of legit FA big man depth I would imagine. Maybe all that talk about how he would take a discount could come into play, but don’t think Ainge is going to pull this off without spending pretty much every penny he has. You could make the case that Kemba is like 90% of what Kyrie was this past season, and as we know from first hand experience this past season is one of the better clutch scorers in the league. He 100% helps you if Ainge is able to pull it off.

If the decision is offering a max to Kemba at 29 or someone like Vucevic at 29, at the moment I’m leaning more towards Kemba. Even with the big man situation being an issue, I’ve seen this team go on too many offensive droughts and rely too much on terrible jumpers not to side with the proven scorer. Find cheap bigs that will do nothing but rebound and will play for the minimum, give Yabu and Timelord some burn and roll the dice.

Now I have to warn you. Remember Rule #1 when it comes to Danny Ainge. If you hear about his intentions on Twitter, it’s most likely bullshit. This could very well be a ploy by Kemba’s agent to make sure his price is as high as possible, and that if CHA is feeling stingy that Kemba could very well bounce. There’s also one more thing to consider here, and that’s the fact that Kemba and Tatum are both Jordan Guys 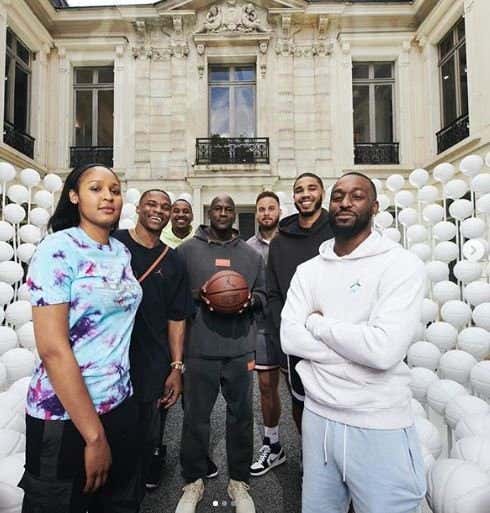 Would that matter at all in his decision? Probably not, but I’m not going to rule it out.