Source – Pamela Anderson’s ex, Adil Rami has hit back at her claims he is a ‘lying monster’ who cheated on her and led a double life.

The Marseille defender, 33, took to Instagram hours after 51-year-old Pamela’s accusatory post on Tuesday, to explain he has been keeping a close relationship with Sidonie Biémont, the mother of his twins Zayn and Madi, born in 2016. …

‘In no way do I lead a double life, I am simply attached to preserve a lasting relationship with my children and their mother Sidonie for whom I have a deep respect.

‘That’s right I should have been more transparent with this ambiguous relationship. I suppose.’ …

Pamela took to her Instagram page on Tuesday morning, accusing the sportsman, of cheating on her.

Posting a broken-hearted emoji alongside a black and white image of the former couple, she wrote: ‘It’s hard to accept. The last (more than) 2. years of my life have been a big lie. I was scammed, led to believe … we were in big love?

‘I’m devastated to find out in the last few days. That he was living a double life.

‘He used to joke about other players who had girlfriends down the street in apartments close to their wives.

‘He called those men monsters. ? But this is worse. He lied to all. How is it possible to control 2 women’s hearts and minds like this – I’m sure there were others.

‘He is the monster. How could I have helped so many people @ndvhofficial and not be wise enough or able to help myself.’

You know that sick, sort of heartbroken feeling you get when you see a former legend humbled? Like some retired ballplayer’s Gold Glove shows up for sale on eBay. Or a former “American Idol” winner is playing at a BBQ restaurant someplace. Or you see an actress you used to love show up in one of those clickbait “Why Hollywood Won’t Cast [insert name here] Anymore” sidebars. That empathetic sorrow is how this story has me feeling right now.

It’s hard to overstate Pamela Anderson’s greatness at the height of her powers. Her throwback, old school Hollywood bombshell appeal was incomparable.

She made the impossible leap from the pages of Playboy to the most popular and wholesome family sitcom of its day, “Home Improvement,” without missing a beat. She made a syndicated T&A show about lifeguards into a worldwide phenomenon in ever time zone around the globe.

And she was the earliest pioneer of the art form later to become known as the Leaked Celebrity Sex Tape. For that alone, this glamorous megastar deserves better than to be degrading herself with soul-baring Instagram posts about some soccer player doing her dirty.

You don’t cheat on Pamela Anderson, Adil Rami. Pamela Anderson cheats on you. “Attached to preserve a lasting relationship with my children and their mother” my ass. When you get to date the star of “Barb Wire,” you  have no lasting relationships. You have no children. You have only Pam. Sure, the kids will grow up without you around and you’ll just become garnered wages child support figure deposited into the checking account once a month. But they’ll gain a father who’s living with Pamela goddamned Anderson. And you can’t put a price on that.

So thoughts and prayers are in order right now for this giantess of the small screen. And I say all of this as a guy who was never her hugest fan, all due respect. I understood her appeal, for sure. It’s just that my hard-wiring was just less into the blonde/heavy makeup/fake eyelashes/surgically-enhanced look and much more to the Yasmine Bleeth thing: 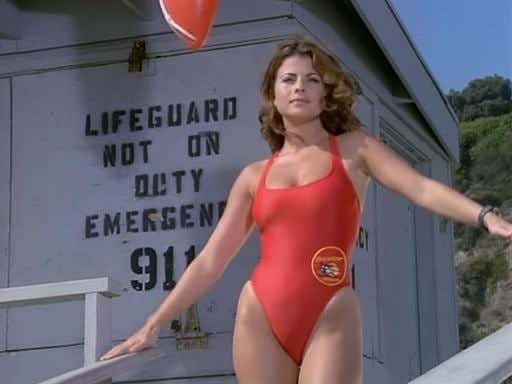 It’s just my nature. But I can certainly appreciate what Pamela did for mankind. And demand she gets treated better than she did by some damned soccer player.