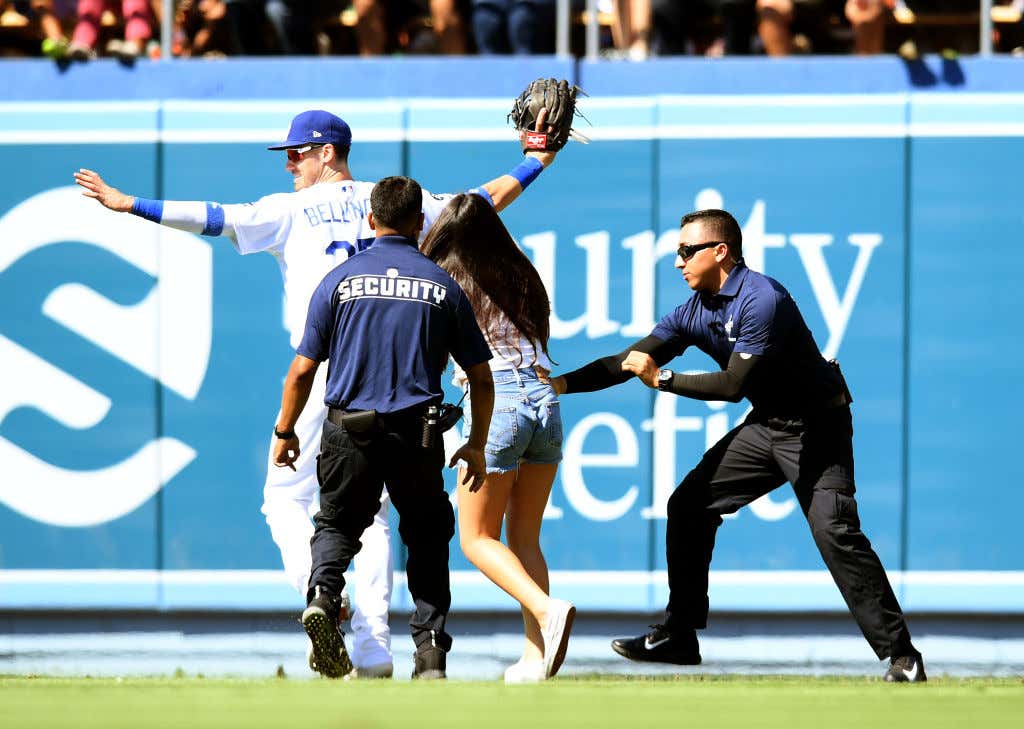 You know…it’s pretty easy for some of us common folk to look at professional athletes and be jealous of their lives. I mean these guys are freakishly athletic. They get paid a ridiculous amount of money to play a game for a living. Most of them are handsome as shit, as well. It just seems like some guys have all the luck and when you take a look at someone like Cody Bellinger–only 23, has 25 HRs already this season, handsome son of a bitch, gets to live in LA, is signed with the Boras Corporation so you know he’s going to get PAID the first chance he gets–it’s easy to look at his life and be green with jealous rage.

And then last night it happened again in Arizona.

Just picture this happening to you. You’re over there sitting at your desk making some spreadsheets or whatever the fuck it is that you’re doing right now. And as you’re trying to just do your job and get your day over with, some crazy girl comes running through your office just to have the chance to touch you. Could you imagine that? Awful, right? All you want to do is your job. That’s what you’re paid to do, and that’s what you’re at the office for. But you can’t even do your job in peace because you’re just so handsome and irresistible that women are willing to go to jail just to break into your office. Bet you don’t feel so jealous of Cody Bellinger anymore, now do ya?

Anyways. That’s just something to keep in the back of your mind as you go about the rest of your day. It’s easy to be jealous of professional athletes because from the outside looking in, they have these perfect little lives. But once you start seeing the kind of shit these guys have to deal with on a daily basis, you realize that maybe you’re better off just living some normal ass life and working in some office than having to deal with that kind of nonsense.