So a READER (not me) sent me an email recently asking for my help. I can’t seem to find it anywhere to include as proof, but it’ll show up eventually. Luckily this reader happens to be a close friend of mine, so I’ll perfectly describe what I remember from the email that I definitely got recently. 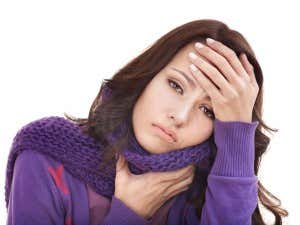 So my buddy has been hooking up with this girl for about 2 weeks. He gets invited over to her apartment and they start Netflixing hard/hardly Netflixing. As he’s going in for the kill, she drops on him that she has strep throat. This girl is very out of my friend’s league when it comes to visuals and the sex has  been better than good, so he buckled up and dealt with having strep for the next couple days.

Fast forward 2 weeks later and this girl gets strep again. My buddy tested positive for strep last time and the girl has been making it evident that she still wants to pass the strep on if you’re mopping up what I’m spilling, so no she’s not just verbally swiping him to the left to the left. Being that my BUDDY doesn’t have many options, and the fact that she had already riled him up via text with the “come over” double entendre, he sacked up and got back-to-back strep,. The things he does for love. After another 2 weeks or so this girl gets strep AGAIN. Some are calling it the greatest three-peat since the Bulls ’91-’93. It’s now at a point where my poor buddy’s starting to become sincerely worried about her health. They are not dating, nor will they ever be (her words), but he still finds himself checking in with her throughout the week to see if she’s been taking her Amoxicillin. For both their sakes. My buddy doesn’t like to complain about free sex, but my buddy also doesn’t like driving to a Walgreens’ care center after every time he leaves this chick’s place.

Do you keep having miracle sex with a 9 even if it means you have to get strep basically every single time you do?

This is the real question that I’d be very nervous to ask the internet for myself, but luckily don’t have to since this is a friend we’re talking about here—exactly how degrading would it be for my friend to ask her if they could bypass the kissing and proceed straight to the sex? Amoxicillin ain’t cheap and getting that wooden stick and a Walgreens nurse’s forearm penetrated down your throat isn’t something you just get the hang of. From what I’ve heard. This may sound like a pretty reasonable question coming from a guy who’s now getting recommended tonsil consultations, but there’s still great odds that strep girl will not just be like “Yea for sure, feel free to blog it to the world while you’re at it.” To give the readers a better understanding of the dynamic here – picture Michael Scott about to ask this same question to Jan. Michael needs to hook up with Jan far more than Jan needs to hook up with Michael, and Michael knows that one wrong movement could ruin this good thing he already somehow has going. If Michael asked Jan if they didn’t have to kiss at all pre-insertion, during their strictly hook-up but please don’t cheat on me phase, Jan would be on to the next one in no time while Michael went back to skimming for models.

The kicker here – this girl had briefly mentioned to my friend that the doctor thinks her body isn’t responding to Amoxicillin anymore (no way) and that they need to try out different meds on her until they find one that works. Meaning that my buddy will most likely have to get strep a couple more times during her trial and error phase, if they ever even find a cure. So does he power through with a sore throat for the next month or so? Or does he go to her with this proposition and risk losing weekday sex with a 9?

For personal reasons I’m not gonna answer this, so if any Stoolie or member of the NY branch can step up to the plate for my buddy I’m assuming he’d really appreciate it while he’s laying in bed icing his throat (doesn’t matter, had sex.) Let me know so I can let him know.