Last night I went out in the field to report from Replay Lincoln Park’s latest pop-up bar, Bikini Bottom, with all the other 26 year-old men there flying solo. Never wanna find yourself Tuesday-night-drinking alone at a Spongebob-themed bar but life happens. Chicago has a lot of weird stuff like this happening year-round that you never know whether it’ll be worth the Uber or not, so I thought I’d sneak in a quick tour on the site for fellow Chicagoans in the middle of all the breaking news goin’ on this Wednesday afternoon in June. 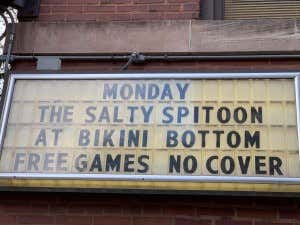 Right off the bat I realize the pop-up is actually called The Salty Spitoon and I obviously panicked that I’d have to prove myself to a role-playing bouncer. He ended up letting me in no questions asked, which was actually a little disappointing tb totally h. Careful what you wish for. Before I can even walk through the doors I see the Hash Slinging Slasher in the flesh  to my right. Wasn’t scared but definitely wasn’t expecting it. 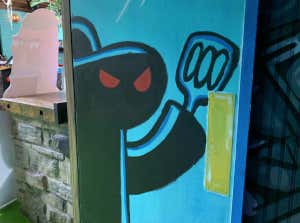 Pretty wild marketing move to throw the Hash Man in the opening credits welcoming guests to your business like that, but I went to art school so really the fuck do I know (hurts a lot less when you make fun of yourself before anyone else can). One moment later I look up and come eye to eye with another Spongebob super villain, The Flying Dutchman. 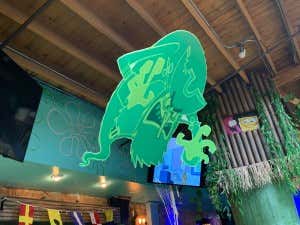 Once the haunted house is over, you’ll have the roid raging trout from the OG Salty Spitoon to make you feel welcome. 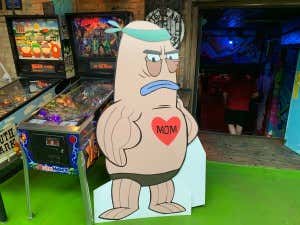 Then finally you get to meet the stars you came out for. 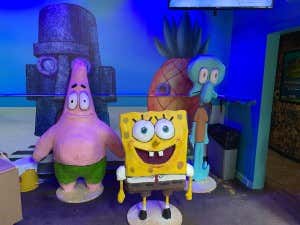 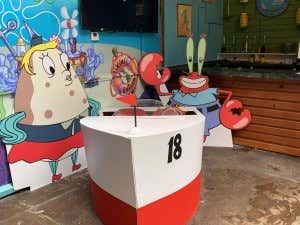 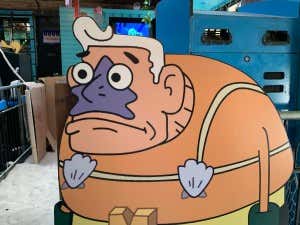 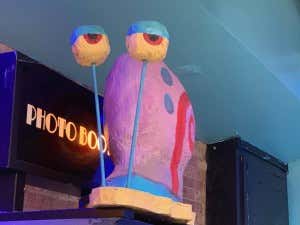 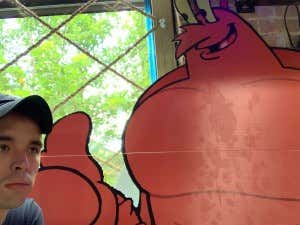 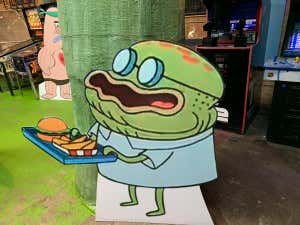 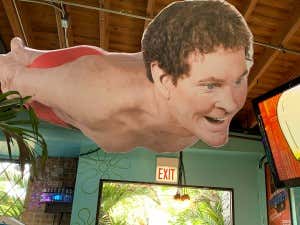 I got a pretty reassuring “we’ll see” after asking if I could have The Hoff once Replay is done with him and on to the next pop-up. Stay tuned.

There were 2 good looking business women types at the Spitoon who asked me why I was by myself taking pictures of everything. I told them I was doing it for Barstool Chicago and they go “never heard of it.” Then I ask if they’ve been living under Patrick’s rock with him and get a pretty decent lol out of them. Before I could ask my place or yours, they search me on the site and 1st thing they see under my name is “The Irritable Bowel Syndrome Diaries Vol. 1,” and also have reason to believe I have strep, and we’re back at square one before you know it.

Now for the sight seeing/Instagram backdrops. 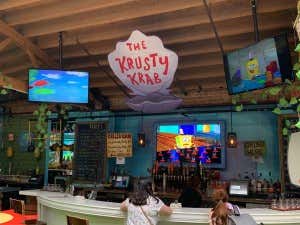 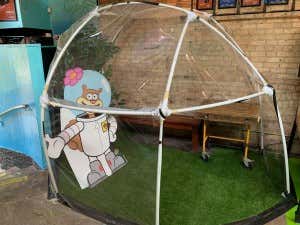 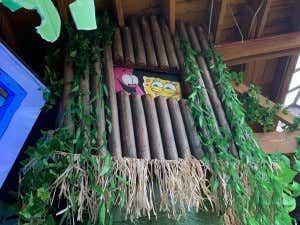 Took a lot to not let the basic bitch in me pose in front of this for a cheap like or 2. Also I had no one to take the pic for me since I’m at a Spongebob bar by myself, so. 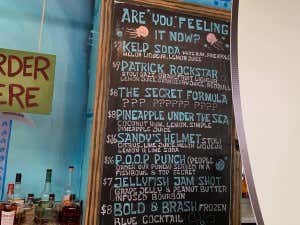 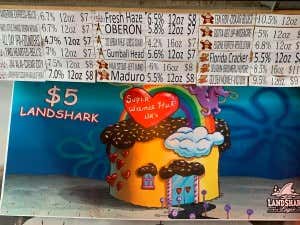 No one wants to be seen at Super Weenie Hut Jr. but sometimes you wanna go where everybody knows your name. Place gets a bad rap for somewhere with $5 Landshark. 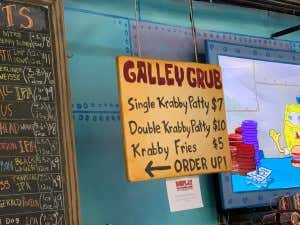 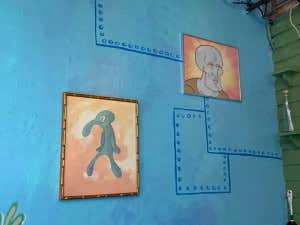 Not for sale apparently, but if only Squillium were here to see this. Awesome that they included big little things like this. 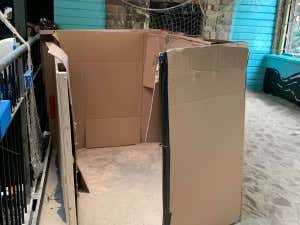 The Imagination Box from one of the goat episodes. Side note- you ever realize that your foot’s so sensitive it can feel grains of sand all the way through your sock and shoe? You didn’t. H/t Shower Thoughts. 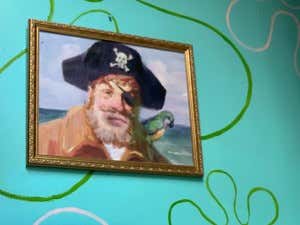 Sadly enough I’d legitimately pay a good amount of money for that picture.

And our last stop here is gonna be the local dive with a computer judging us for being on our phone the whole time. 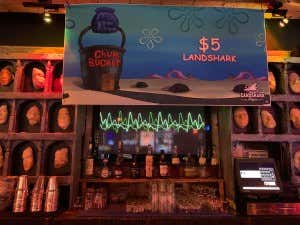 Love the fact that no one was at the fake Chum Bucket either. Hang it up Plankton. But S/O Replay and big S/O to all the staff for having to listen to the Spongebob “Sweet Victory” song on loop. Go check it out for yourself if you’re a Chicago stoolie and have a girl/friend/both/either you can bring so you’re not posted up independently at the Krusty Krab drinking Kelp Sodas. Solid spot to take your girlfriend when she’s complaining that you guys never do anything fun, and definitely has potential for some Instagram portraits if that’s the kind of thing you’re into. If you do plan on going, it’s the 1st stop off the Brown Line (for the Napervillians, yes going towards Kimball).

PS- Pretty big bummer not seeing Fred the Fish in the building. In memoriam: