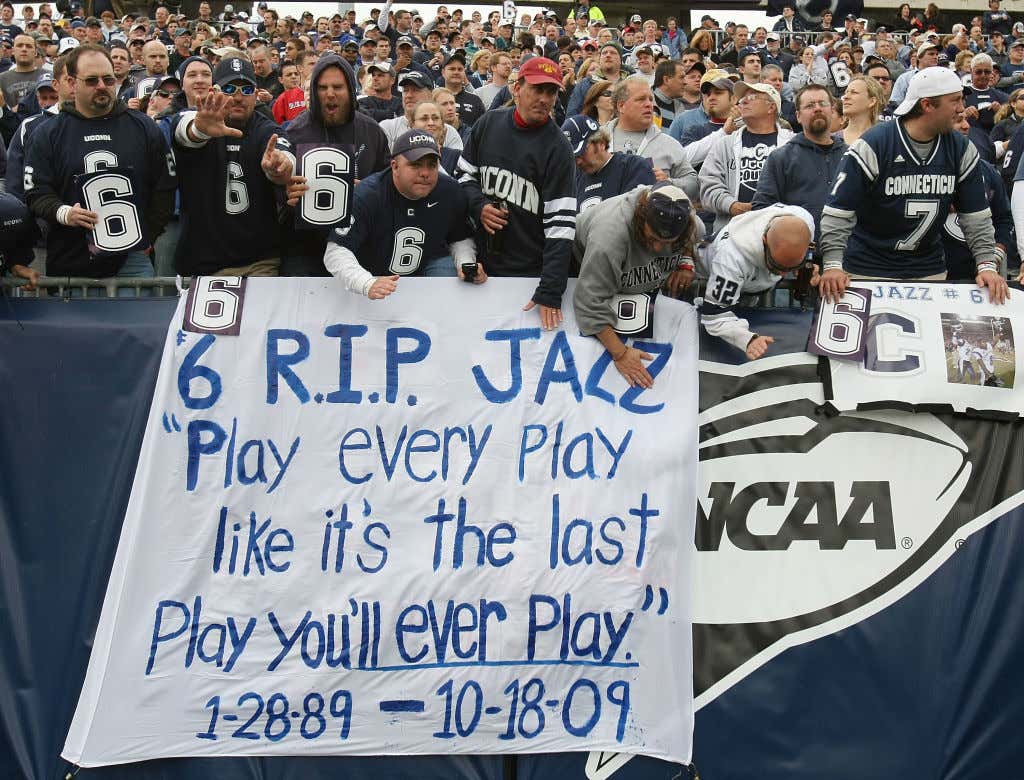 In case you missed the news out of Connecticut this weekend:

An understandable move by UConn. After a year that saw a loss of more than $40 million in athletics, something had to change. For UConn, if they wanted to bet on one of their horses, it’s definitely basketball.

But, what about football?

As Brett McMurphy pointed out, it appears that UConn will have to be an FBS independent come 2020. They’ll join:

Ironically, UConn debuted a locker room just hours after their football program was announced to be on life support:

Although the locker room looks good, the move to the Big East is close to the final nail in the coffin for UConn. Here is my thread from over the weekend on why this is personally disappointing:

UConn football had a massive part in my childhood. Some of my greatest memories came in The Rent. It’s where I fell in love with college football.

The program was so promising in 2010. Sure, they got into the Fiesta Bowl because of a 3-way tie, but a BCS berth for a school that had been in the FBS for just a decade was massive. Randy Edsall then left, Paul Pasqualoni had an awful run, and then the whole thing with Bob Diaco happened.

Can UConn survive as an independent? It’s going to be tough. Scheduling becomes a massive issue. They’ll get a bunch of buy games I assume from schools looking to fill slots, but being in a conference is often always better.

What is the best case scenario for UConn? A few days ago, I would’ve said hope for the ACC to come calling. That’s not going to happen now. The best scenario at this moment is hope for a new conference to be created:

For any fellow UConn football fans, here are some of my favorite moments.

Nobody was at this game, but it was so much fun.

2010: Dave Teggart with the BOOT against USF to send them to the Fiesta Bowl

My favorite players off the top of my head in no particular order: