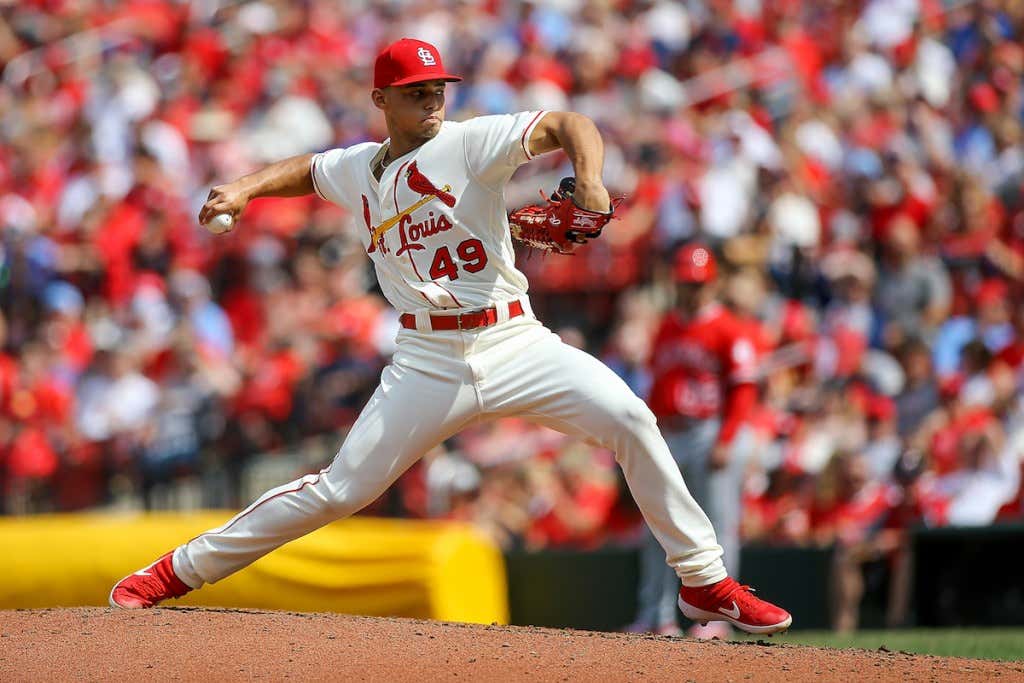 Some shit news to pass along today — St. Louis Cardinals closer Jordan Hicks has a torn UCL and will more than likely need Tommy John surgery. The Tommy John surgery part hasn’t been reported yet, but that’s almost always the case with a torn UCL. When you’re lighting up the radar gun at 104 MPH, unfortunately it’s only a matter of time before TJ surgery comes knocking at your door. It sucks, but that’s just the way it is and why we’re now seeing young pitchers undergo TJ surgery before they even need it as a preventative measure.

Hicks will be out for a year, at least, so the Cardinals have to find a replacement for the righty in the ninth inning for right now, and almost certainly for next season as well. Luckily for them, they have a man by the name of Andrew Miller who’s no stranger to closing out ballgames, so that’s an option. Dating back to April 27, as Miller didn’t get off to the hottest of starts, the lefty has a 2.70 ERA with 25 strikeouts in 16.2 innings over his last 22 appearances.

I love Miller. I do. And I think he’d do a fine job as Cardinals closer if asked, but I’m nominating somebody else for that role. That somebody else is Giovanny Gallegos, who the Cardinals acquired in the Luke Voit trade. He’s a 27-year-old right-hander who doesn’t light up the radar gun the way that Hicks does, but he’s got a 0.92 ERA, a 0.56 WHIP and a 10.98 K/9 over his last 17 appearances. That’s shutdown shit that plays in the ninth. Over that span, of the 83 relievers with at least 15 appearances, Gallegos has the fifth best ERA and the best WHIP in the majors. Seems like a no-brainer to me.