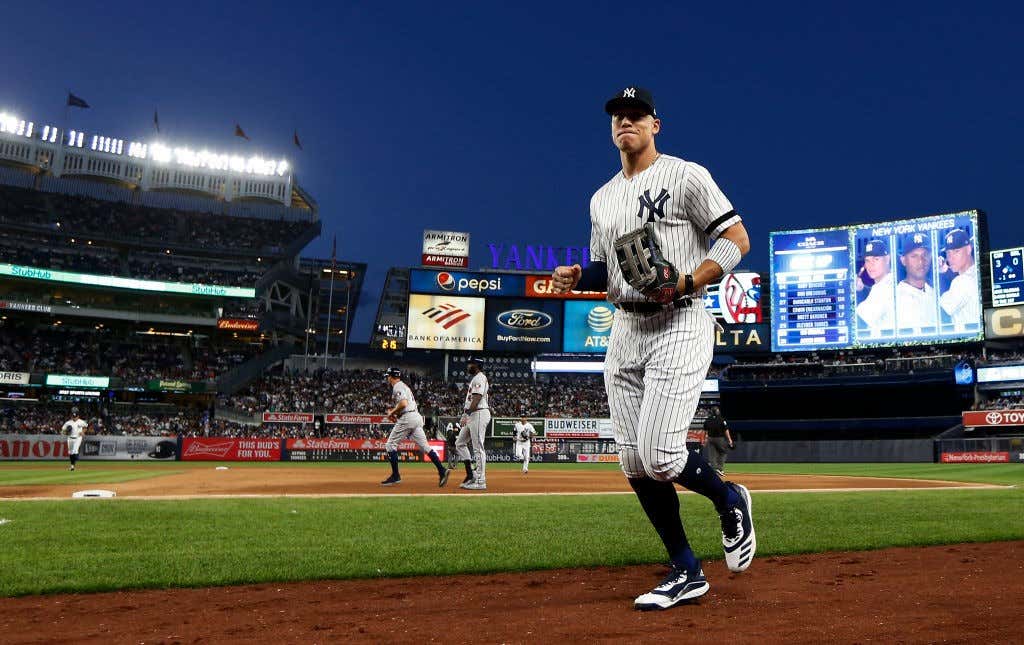 Sports talk radio is such garbage these days. The only guys, outside of Barstool Radio obviously, that I care for their opinion of are Joe and Evan on WFAN. One person I certainly don’t give a shit about is Chris Carlin. Fucking moron. His take today on his CMB show might take the cake as the worst opinion/idea in the history of thought.

Carlin said he wants to trade Aaron Judge for Max Scherzer. Don’t get me wrong, I love Max Scherzer and the Yankees desperately need good starting pitching. That doesn’t mean I’m trading the face of my franchise, one of the best players they’ve had in decades, and the future captain of this team for two years of an ace. I mean what are we talking about?

That take is so idiotic I don’t know how to attack it. I’m light headed thinking about it. CMB might have to be cancelled. Aaron Judge hasn’t even hit his arbitration years yet. He’s a bonafide super star who is getting better and better each year. He’s an impossible person to pitch to, and when they shift to a robot strike zone it’ll be even harder because he’ll have a real zone to work with. If the Yankees made this trade the entire city would burn down. It would tear apart the fanbase. There would be blood in the streets. Judge is the closest thing we’ll ever get to Jeter in terms of how he carries himself and represents the team. A minute before first pitch on Saturday he was seen still down the right field line signing autographs for kids. He’s everything you could ever want as your leader of a franchise. He hits bombs, gets on base as much as humanly possibly, runs the bases well for a big guy, and has a rocket arm. He probably has the second highest trade value in baseball next to Trout.

As I’ve said before, the Yankees-Scherzer trade I’d concoct would be Deivi Garcia, Estevan Florial, Thairo Estrada, and Clint Frazier. That’s too much, but that’s how you convince a team like the Nats who don’t want to deal Max to trade him. You have to make it worth their while. That’s the way to do it. That’s how you use your brain. Not trade Aaron Fucking Judge. Stanton and that contract? Well, you have my attention.

P.S. I realize Carlin is channeling his inner Skip Bayless here to make headlines for his garbage show and it’s working because I wrote this blog, but I haven’t eaten anything yet and I’m extremely cranky.