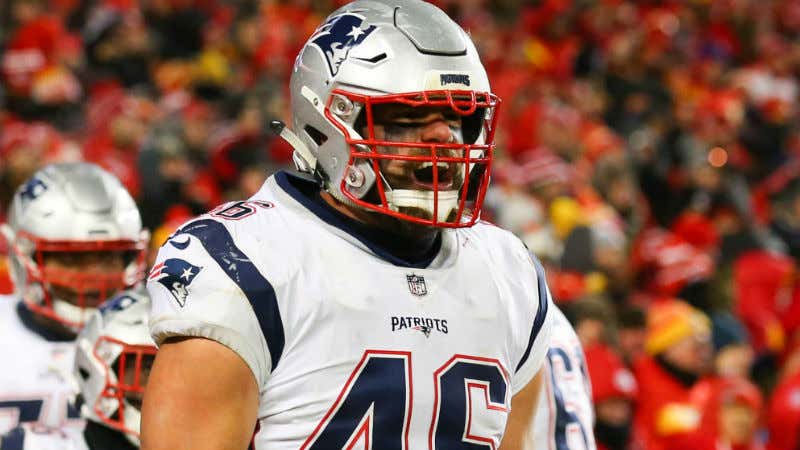 On Todays Pardon My Take, we interviewed fullbacks John Kuhn and Danny Vitale of the Green Bay Packers and formally anounced the creation of the new stat that is sure to take the NFL world by storm this season: The Fullback Assist (FBA).

In conjuncton with the Barstool Sabermetrics account we went back and reviewed all the film from the 2018 NFL season so we could provide ourselves with a years worth of baseline stats as we move forward into this new era of advanced analytics.

A fullback assist is awarded when:

A team scores a rushing TD from 5 yds in or closer and there is a lead blocker in play. On a couple of occasions this can mean a designed QB draw where a tailback act’s as a de factor fullback leading the way for a score. But usually its more about hat on a hat football where youve got a guy plowing through the gap opening up a hole in the middle of the defense and letting his buddy get all the accolades. Case in point is this James Connor TD with Roosevelt Nix blowing up the A gap:

Ive been wanting to keep track of this stat for a couple years now and we finaly have some data behind it.  So without farther ado here are the leaders for fullback assists for the NFL league year 2018:

So at the top of the podium is Roosevelt Nix from the Steelers- a man whose named after our president with the lowest pad level. Might not have the same wheels but he shares the notion that ties are so much like kissing your sister that youd marry your cousin to avoid them. He tallied up 7 FBAs last year leading the way for James Connor and making the most out of the fact that the Steelers finally had a RB who got north-south instead of waiting for the earths tectonic plates to shift while hes in the backfield dilly-dallyng waiting through no fault of his own for seismic activity to make a downhill for him.

Over the course of the 2018 season there were 269 rushing TDs of 5 yards or less. Of these scores, 75 of them met the Fullback Assist criteria of having a blocking back leading the way.  And Roosevelt had allmost 10% of them on his own.

In second place was Sam Hubbard from the Cincinatti Bengals with 7 FBAs, despite the fact that he is listed as a Defensive End. He is used almost exclusively as the Bengals blocking back in goal line situations and he managed to rack up 6 assists as a carpetbagger.

Third place was a tie with 5, between stalwarts Andy Janovich of the Broncos, James Develin of the Patriots, Keith Smith of the Raiders, and Orson Charles of the Cleveland Browns.

Now obvously if we had included the playoffs, James Develin would of rocketed to number one overall after putting together one of the alltime fullback postseasons in NFL history where he racked up almost as many FBAs as he did in the entire regular season. It was all capped off by this block on Ndamukong Suh where Develin Looked so cool lining up as a fullback that Suh wanted to become one briefly for a play instead of making the tackle:

Now the Packers will be interesting this year as they’ve acquired both Danny Vitale and Tommy Bohanon under the tutalage of John Kuhn and are back with a full backfield full of fullbacks backing each other up, but given the fact that the second you move to Wisconsin you get allergic to running the football faster then eating vegetables we’ll see how that pans out.

At any rate I am looking forward to tracking the FBA with a enthusiasm unknown to mankind in the 2019-2020 NFL league year season.

Here are the preseason odds to lead the league in FBAs: