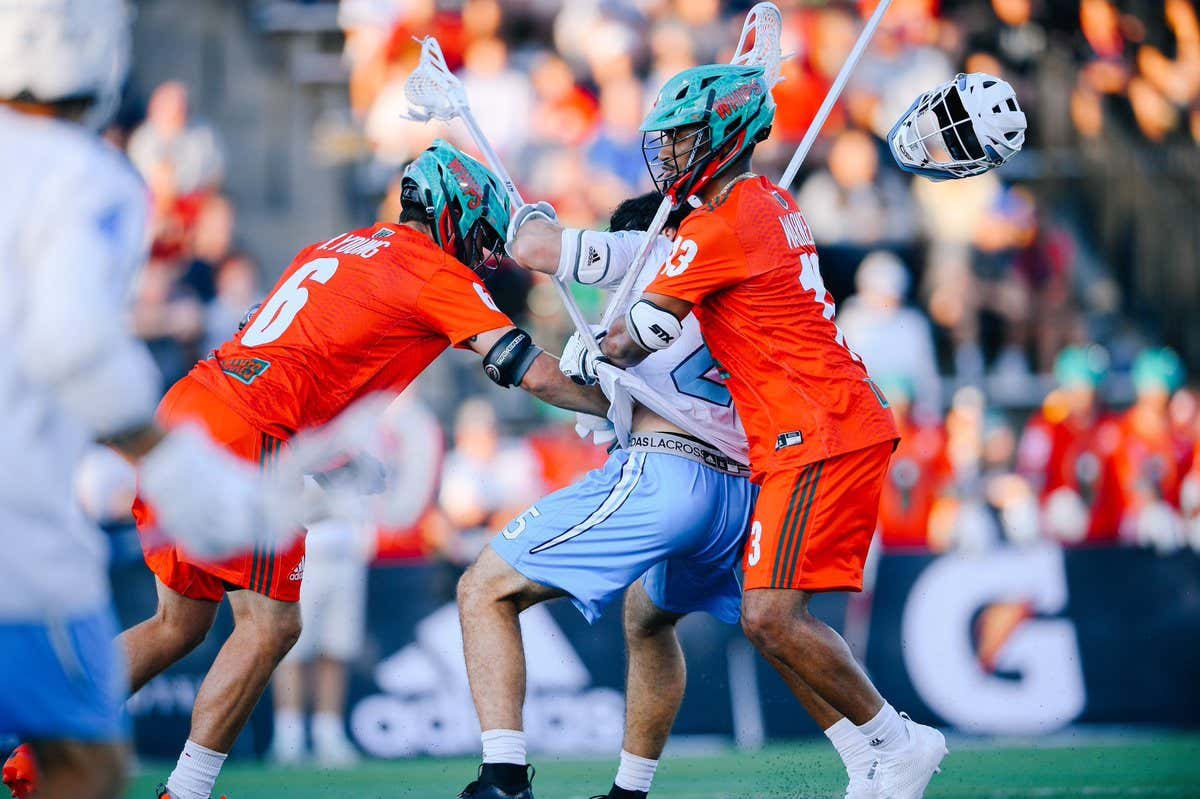 There are certainly some times in life when it’s important to try out some new experience. Times when you want to push the envelope a little and go outside of your comfort zone. It’s a great way to foster growth, which is necessary in life. But other times…well other times it’s nice to just to go where everybody knows your name. Go back to the ol’ faithful. Sometimes it’s nice to just be there in your comfort zone where you know you belong.

So while the Premier Lacrosse League is doing a ton of things right now to try to grow the game of professional lacrosse and reach new markets, sometimes a quick trip to Baltimore is necessary. Foxboro isn’t a lacrosse town. Newark NJ isn’t a lacrosse town. Chicago isn’t a lacrosse city. Obviously the goal is to one day conquer the entire goddamn world and make Earth a lacrosse planet, but until that happens it’s nice to know you can always make a quick trip to Baltimore to play in front of a sold out crowd at Johns Hopkins. And you could tell from the first game this weekend that there was just a little more juice playing in front of a bunch of fans who were born with a stick in their hands. It’s like watching a bunch of zoo animals return to their natural habitat. And even though for the first week in PLL history we didn’t see any games go to overtime, this weekend was probably the biggest highlight factory of them all so far.

Last week we saw the first ever trade in the PLL go down when the Whipsnakes sent Jules Heningburg to the Redwoods in exchange for Alec Tullet and a 4th round draft pick. So on a technicality, that would make this the best trade in PLL history. But even if there were 50 more trades, I still think this one would end up at the top of the list after Jules went out and absolutely snapped on Saturday. 5 goals and 3 assists in his Redwoods debut. What a goddamn freak.

And now you look at this Redwoods roster and they are DANGEROUS all over the field. We knew right from the start that this team was going to be nasty defensively. Their midfield was loaded with legends like Kyle Harrison and Joe Walters. Then they brought in Tim Troutner in the PLL draft and he has quickly become one of the best goalies in professional lacrosse. Then right before the season, they picked up Ryder Garnsey after he graduated from Notre Dame and now you’ve got Jules Heningburg to add to that attack lineup. So they’ve got a stud in cage. They’ve got some animals defensively. They’ve got a legendary lineup at the midfield. And now their attack is just flat out silly. So when you’ve got a roster that deep and that filthy, well things are bound to get extra saucy out there.

Like Garrett Epple breaking out the dangles. Goes with the toe drag and then tucks it away on the backhand.

And even Tim Troutner is getting in on the sauce fest.

A pole goal coming off of a goalie assist. That’s the kind of stat line you see from a team that is not just looking to win a lacrosse game, but to embarrass the everliving shit out of you in the process. Redwoods move up to 2-2 on the season and the Chrome still haven’t found the win column yet this year. 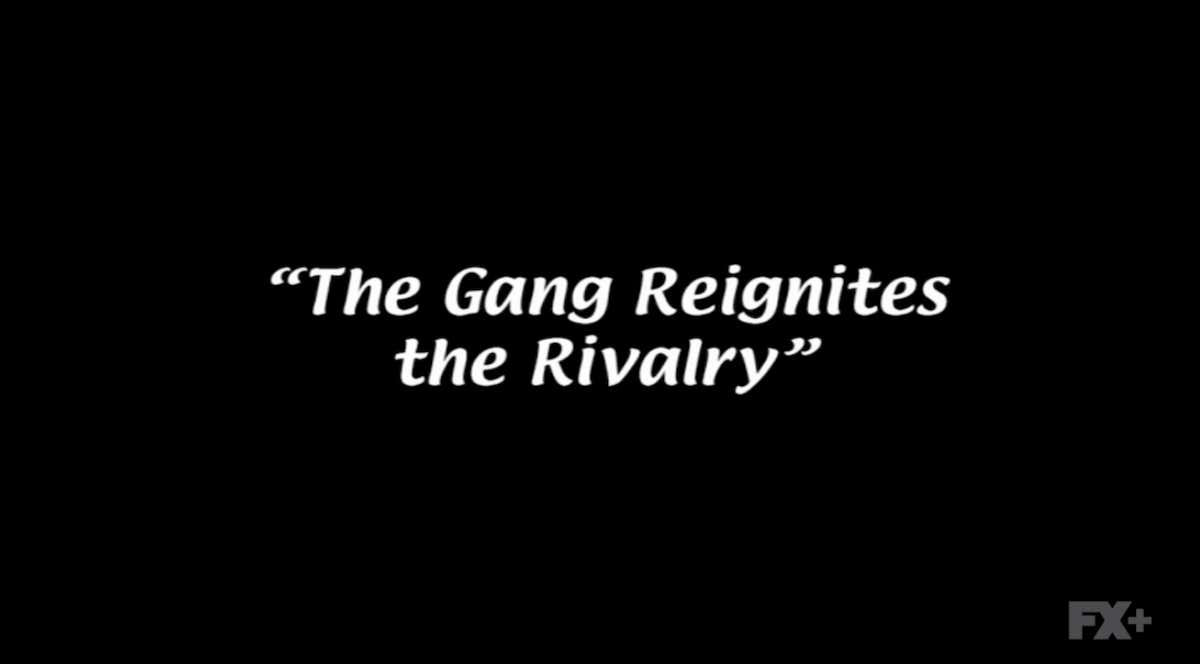 Now this is how you know that the PLL has a bunch of smart people involved with the planning and decision making for this league. Because it’s a brand new league that is only 4 weeks old. It’s pretty difficult to just fabricate new rivalries out of thin air. Those kinds of things can take years to truly develop, and it’s always weird seeing a matchup being hyped up as a rivalry even though you know for damn sure that there’s no real rivalry there. We see that with the NHL when they try to promote these Wednesday Night Rivalry games between a couple of random teams that barely have any real history together. If every team has 10 different rivals, they all have none.

So what does the PLL go out and do? Well they just take a rivalry that already exists and they make it their own. So you have Maryland vs Hopkins at Homewood Field and the rivalry is immediately reignited. And just like he did during his 4 years at Maryland, Matt Rambo still owns Hopkins as the kid went off for the Whipsnakes on Saturday night.

Hat trick on the night for Chef Rambo as he also committed a little Philly-on-Philly crime by taking Tucker Durkin to the rack on a couple of them. And when it wasn’t Rambo taking over the game, there was also Ryan Drenner doing what Ryan Drenner does best. Which is stuff the back of the net constantly.

Drenner is a Towson kid so I guess that would make him pretty neutral in terms of the Hopkins vs Maryland rivalry. But as far as the new Atlas vs Whipsnakes rivalry goes? The man is going to be a problem for the Atlai moving forward.

The game was 5-4 Atlas at halftime. But I guess the Whipsnakes were just leaving some gas in the tank for the 4th quarter because they ended up scoring 9 goals in the 4th quarter to run away with that win. There were definitely a few Atlas highlights along the way, like Paul Rabil scoring at Homewood again

And Trevor Baptiste pulling up for a 2-bomb.

But yeah. 9 goals in the 4th quarter for the Whipsnakes. 8 of the final 9 goals of the game. That’s just some flat out domination right there to spoil the Hopkins homecoming game. Whipsnakes are still the only undefeated team left in the league at 4-0. The Atlas drop to 1-3 and have the worst goal differential in the league at -11.

I’m still waiting to see the first PLL goal from Blaze Riorden this season and I feel like it’s going to come any game now. But when he’s not scoring goals, he’s stopping them from going in. Blazer had TWENTY-ONE (21!!!) saves on the day yesterday and the Chaos needed every single one of them as they held on for a 1-goal win against the Archers. 21 saves is just fucking preposterous and as you would imagine, he now leads the league in saves with 64.

Now here is a quick recap about how it feels to play against the Chaos when you can’t find the back of the net.

Because while Blaze is a goddamn wall between the pipes, the Chaos offense is an absolute circus show that is constantly going to make your defense look like they’re picking up a lacrosse stick for the first time. There are just way wayyyyyy too many weapons on that offense. Whether it’s Deemer Class going low-too-high till the day we die…

Or the poles going bombs away every chance they get for 2.

I just don’t know how anybody expects to be able to keep this offense from shit pumping teams. And credit to the Archers for finding a way to get this game down to the wire. It was 10-4 Chaos at one point in the 3rd quarter. It was 14-9 Chaos in the 4th quarter. And then the Archers went on to score the last 4 goals of the game with a chance to tie it up in the final seconds. But they came up just a little short at the end. Archers are now 2-2 with a goal differential of 0. Which just goes to show how tight this league is. And the Chaos move to 3-1.

We’re on to Atlanta.