Marcus Stroman took the bump against the Red Sox yesterday and shoved six innings of shut out baseball. He was electric from the first to last pitch. Dennis Eckersley took offense to his antics on the mound, which included screaming into the Red Sox dugout as loud as possible on his final strike out. I LOVED IT.

Dennis called his actions “tired” and continued to bitch and moan. Pot call the kettle black, sir. Eckersley was known for being animated as ever on the mound when he pitched. Pitching Ninja wasted no time digging up this gem.

Stroman started retweeting everyone calling out Eck and it was fantastic. 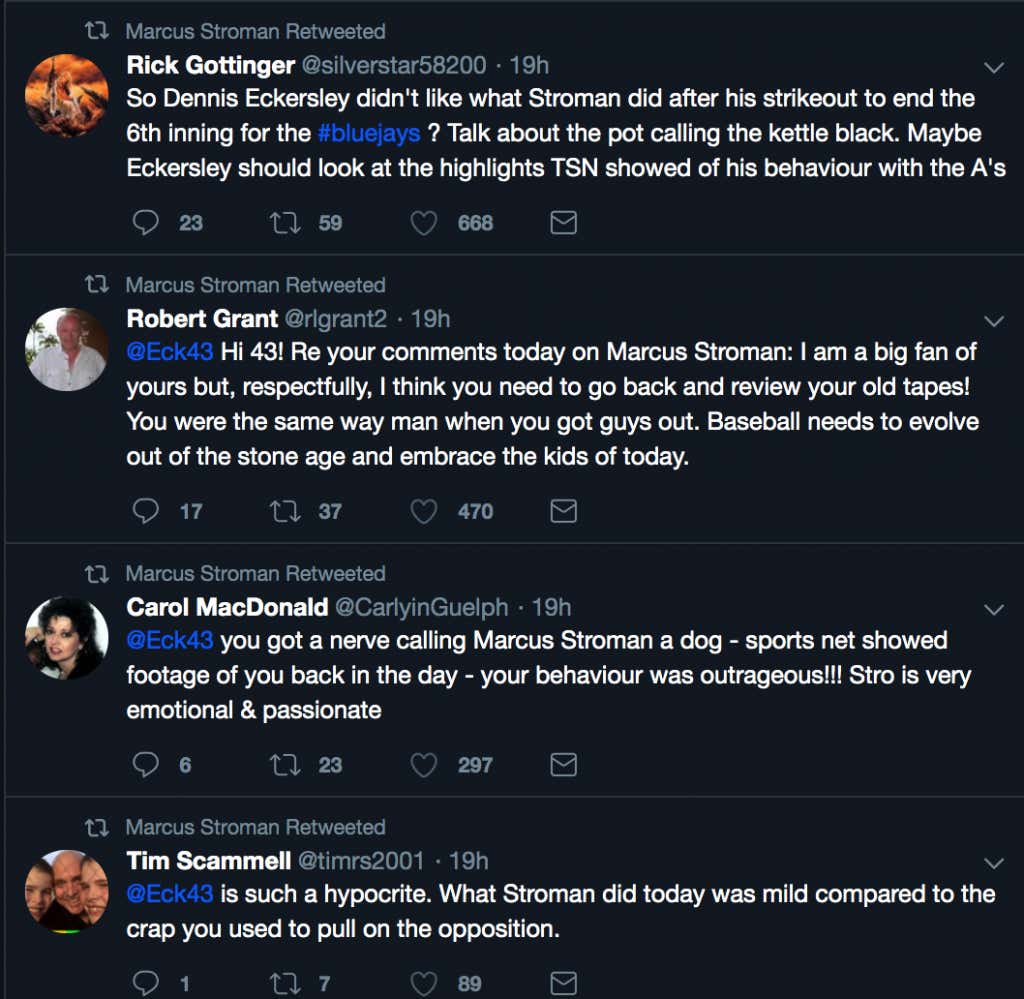 Marcus Stroman is now an enemy of Boston and I’ve never needed a guy in pinstripes more in my life. Well, that might not be entirely true, but bottom line is he needs to be a Yankee. Someone who can bring that fire and confidence on the mound in Fenway is a guy I want. JA Happ is not that guy. He was brought in to be that guy, but has done everything he can to fail at that task. Stroman doesn’t shoot up to the top of our rotation, he’s not the flashy ace, he’s not Max Scherzer, but he just might be the guy we need to fortify this rotation. If you can get around giving up Clint Frazier for him I think you pull the trigger.

It also is worth noting that he liked this tweet yesterday.

He wants out of Toronto. I think he loves the city and the fans, but he’s tired of the organization. They have no use for him. Bring him to New York and let’s cook.

P.S. Technically he is in New York since the Jays are in town for a series, but I want him here permanently.