A dating app called Once wants its users to know precisely how dateable they are in the eyes of fellow swipers — by evaluating them on the strength of their photos, then informing users of how hot they are on a scale from 1 to 5.

Meyer says knowing one’s rank in the dating world can help users target more realistic matches — rather than having them sort through potentials they have no shot at or no interest in.

Some of you 1s and 2s may not like hearing the cold hard truth, but this is something I can definitely get behind. As an average (closer to above average than below) looking guy, I find myself shooting for the stars on all forms of these dating apps. If you don’t have a picture showcasing your big boobs and a job title showcasing your six figure income, then I am swiping LEFT. And the disconnect between my desirability and their attractiveness is clearly shown when I receive on average about 0.0 matches per day. But this….this will knock some sense into my head and I’ll be rolling with 3s in no time…

Essentially, it’s taking a scientifically backed phenomenon — “assortative mating,” meaning the tendency to reproduce with like individuals — and updating it for the digital age. Or, as Meyer more colloquially puts it, “an 8 with a 3” don’t have the same shot at compatibility that more evenly matched pairs might.

I totally get it, this isn’t the first couple weeks of the College Football season where 5s match-up with 1s, so I shouldn’t be banking on finding an 8 that thinks I have a witty profile. Side note: if you think Tinder, Bumble, etc. have anything to do with anything other than pictures than you are an idiot. That’s why I look so damn good in mine. 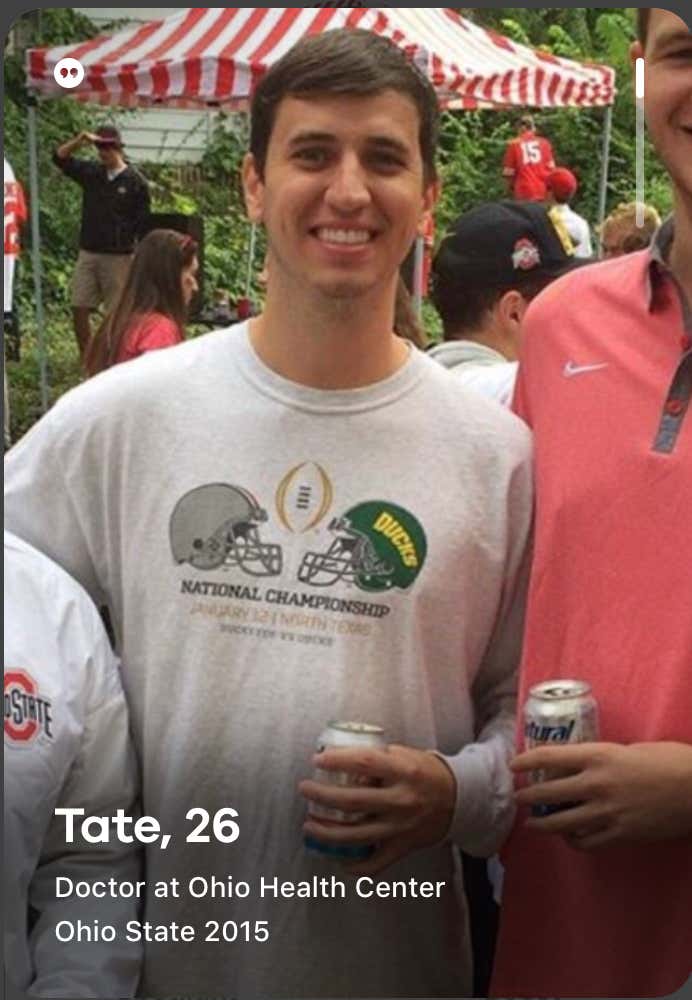 But anyways, now that people will all know what they’re ranked, hopefully some of these average folks and I will uhhh…mingle.

To understand its ranking algorithm, it helps to picture a game: If a poor player suddenly beats a skilled one, their rating rises. So if someone with a low rating suddenly matches with a total hottie, they inch closer to a 5 — and, with any luck, some high-ranking love.

Makes sense. Just like the real world works. The good looking people have the most power and get certain advantages. This app is making matches and teaching life lessons. Oh, and for anyone complaining that this type of algoithm is gross or cruel, chill out. We all know that it’s what’s on the inside that counts.

“We are disclosing the rate of how your pictures are perceived, it doesn’t mean you’re ugly or you’re beautiful,” Meyer says. “It only reflects one attribute of who you are — your pictures.”