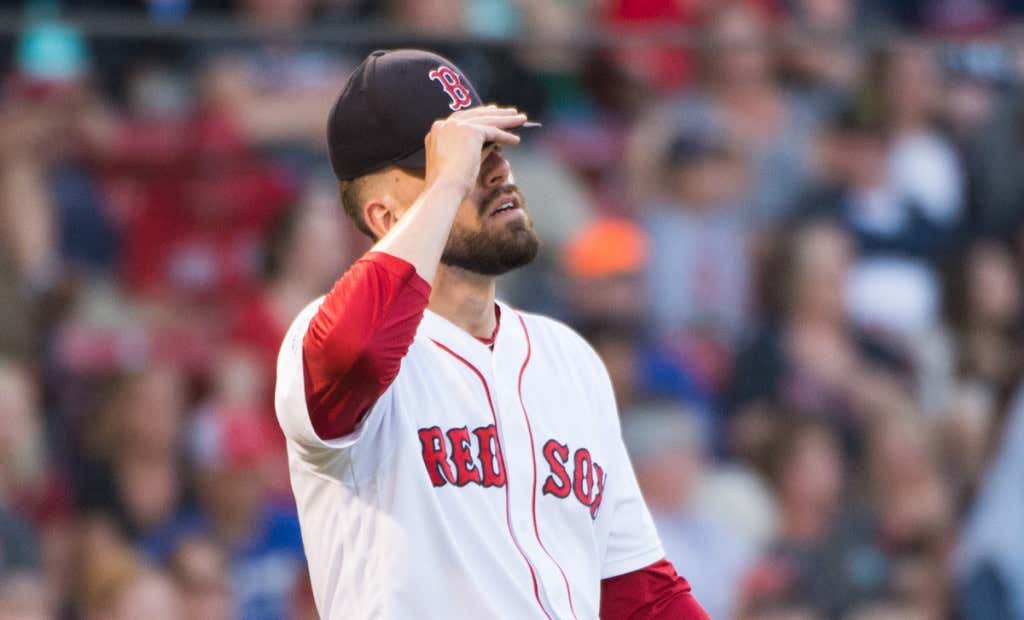 You know that scene from Big Daddy when the teacher is like, “I’ve seen some smelly ones before, but your son is by far the smelliest”? That, but this game.

The Red Sox were up 6-0 by the end of the third after Christian Vazquez hit his second homer in as many days. Boston was on cruise control for a blowout victory with Brian Johnson on the mound, who went five innings of one-run ball with the one run being unearned. The game was so in hand that I was barely paying attention. Hotdog here, ice cream there, check a little Twitter, wait for the Red Sox to wrap this one up so we can grab dinner.

Then, it happened. The Red Sox bullpen shat itself on the mound at Fenway Park. I know you’re probably not surprised, and I suppose you’d be a fool to be surprised by anything this bullpen does by now, but still. That just absolutely cannot happen. A six-run lead? Against the Blue Jays? The only two teams in Major League Baseball with a worse record than the Blue Jays are the Royals and the Orioles. That’s the caliber of team we’re talking about here, a team that’s being looped in with the two squads that would be relegated if that were a thing in baseball.

Rookie Mike Shawaryn pitched a clean sixth inning, getting the Jays in order and then was asked to come back out for the seventh. That was a bad idea. With one out, it went base hit, homer, homer. Now we’ve got a 6-4 ballgame and things are about to get a little more serious. Matt Barnes got the 8th, and not to make any excuses for the guy, but he was working his third straight day and his fourth game in five days. Even if it’s not a closer, the Red Sox need another at least somewhat dependable arm out there, as both Barnes and Brandon Workman are about to blow past their career highs in appearances.

It’s not Alex Cora’s fault, either. He’s being sent into battle on a nightly basis with a subpar bullpen, chasing a Yankee team in the standings that’s building their lead by the day with ease. Although Barnes gave up three runs on two hits and a pair of walks, I’m kinda looking at Shawaryn on this one. Barnes never should’ve seen the mound in this game. When you’ve built up a lead like the Red Sox had, then your best relievers should be getting the night off. Instead, Barnes was needed, he was gassed, and he blew up. Ryan Brasier didn’t help, either, coming in and walking in a pair of runs that directly led to the Red Sox loss.

It was a disaster. From Shawaryn starting the fire, to Barnes pouring gas on it, to Brasier blowing the whole thing to pieces — it was bad. These losses are then magnified because the Yankees just don’t lose baseball games. The Red Sox had won eight of nine coming into Saturday’s game. They were eight games back at the start of that run, and are now eight games back at the end of said run. New York just does not lose. It’s ridiculous what they’ve been doing this season, so a tip of the cap to them.

To make matters worse, the Red Sox rallied a little bit in the bottom of the ninth against Toronto’s closer Ken Giles, who some think could end up in Boston before the trade deadline. Xander Bogaerts doubled in a run to make it 8-7, bringing JD Martinez to the plate with the tying run in scoring position. Nine times out of ten, that game is tied. On this day, it was a loss, because fuck us, right? From the seventh inning on, everything that could go wrong went wrong. It was an ugly loss, and it’s even uglier when you lose even more ground in the standings after playing a great stretch of baseball.

Take the series today and move on.