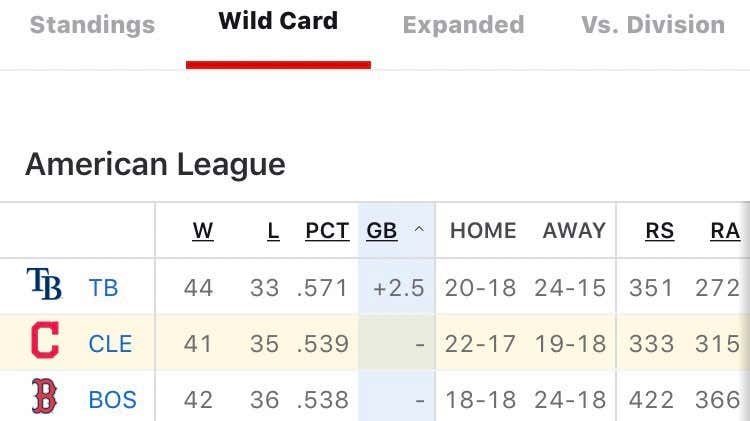 Let me start this blog by saying that I keep a well organized calendar both on my computer AND on my refrigerator. I do not need anyone to tell me that it’s only June. I am fully aware of what the date is. So the point of this blog is not to say that the Indians are locked in to the playoffs before the All-Star break. The point of this blog is that let the rest of baseball know that the Cleveland Indians are HOT. And we need to be…..or else we’re going to be sellers at the deadline.

Let’s not ship off Trevor Bauer, Brad Hand, or Corey Kluber just yet. Since I proclaimed on June 4th that the Indians just turned their season around with a 5-2 victory over the Twins, the Tribe have won 12 of their last 16, giving them baseball’s best winning percentage in June. We’ve won series with Minnesota, Detroit, New York, Texas, and now Detroit again all in this month. This is exactly what the doctor ordered. And now if the season ended today, we’d be headed to reeling Tampa Bay (or Montreal) for a one game playoff. Easy money.

Now unfortunately, the way the playoff system works in baseball is that when one team enters the playoffs, another team must drop out. In this situation, that team is the Boston Red Sox. Damn it. I wish everyone could be included in the playoffs. Their fans deserve better. That is all I have to say about that.

But again, the playoffs aren’t determined in June. I’m just excited that the Indians are playing good baseball again, and hopefully it’s enough to keep us from selling off our pitching. The division lead has been cut to single digits, and we are still playing without three of the best pitchers in baseball. We’ll get Clevinger, Carrasco, and Kluber back at some point in the near future, and then the chase is on. Everyone sees what’s coming. The Twins right now: