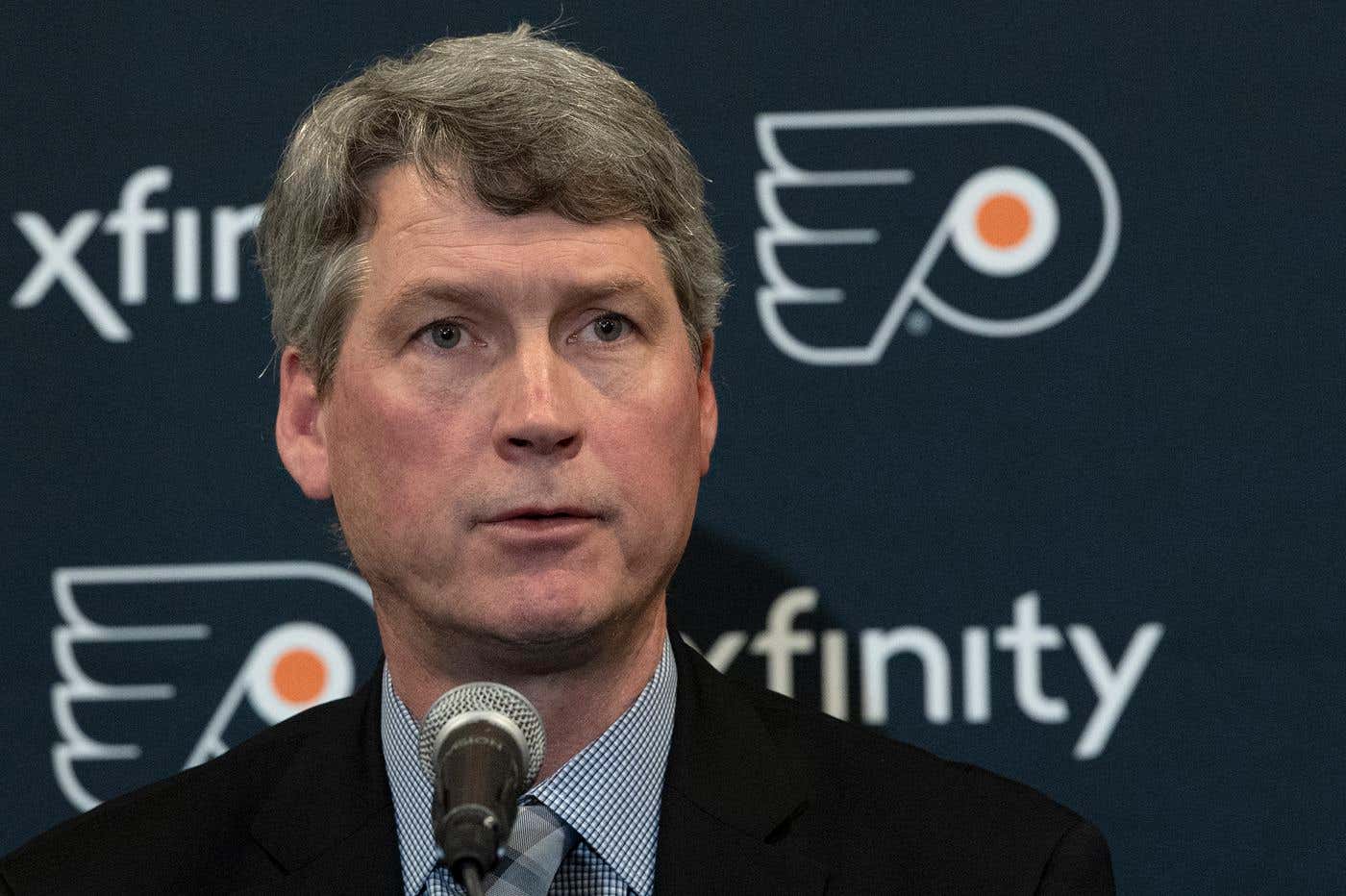 If I’ve said it once, I’ve said it at least 16 or 17 times. Chuck Fletcher is addicted to trades. Plain and simple. Before the draft even got here, Chucky Fletch pulled off a trade for Kevin Hayes, a trade for Matt Niskanen, and a trade for Justin Braun. He told his friends and family that he was done with trades. He told everybody at work that he was done trading for good. But tonight on the draft floor,  Chuck Fletcher needed just one last hit. And when the time came for the Flyers to pick at 11, he packed up a fat one and sent it to Arizona.

Okay. So the Flyers trade 11 for 14 and 45. They pick up a 2nd round pick that they lost in the Justin Braun trade the other day. And when the time came again for the Flyers to pick at 14, there was Cole Caufield still there just sitting in his seat waiting for the Flyers to take him.  The best goal scorer in this draft. As you may know, the Flyers typically fucking suck at scoring goals. It’s one of the things that they’re the worst at doing. So even though Cole Caufield is the size of a blogger, he can put the puck in the back of the net. Which, again, is an issue for this team.

Want to know what’s not an issue for this team? Young stud defensemen. The Flyers have about 50 million of them right now. It’s an embarrassment of riches in that department. They have them at the NHL level. They have them in the pipeline at the AHL level. They have some still playing junior. So when the time came for Chuck Fletcher to get up there at 14,  do you think he’d go with the goal scorer or the young defenseman?

Listen,,,,I’m not going to shit on Cam York because I love every and any American getting picked up in the first round. I also love the Flyers loading up on USNTD products over the last couple of drafts. So I have nothing against Cam York and I hope he develops into a really solid player.

But Chuck. Buddy. What the fricken heck? The fact that Caulfield was still there at 14 was a miracle. This was one of those moments where you didn’t have to overthink it. You just take the best player available. Obviously you weren’t crazy about anybody in the first place since you traded back from 11. So just take the best player available instead of loading up the blueline prospects even further than they already are.

Again, I’m sure that Cam York is going to end up being a solid player and a solid pick. But I just have a sneaking suspicion that Caulfield going to Montreal at 15 will come back to haunt them at some point. But yeah. Let’s go Michigan.

P.S. – Chuck still has plenty of time to redeem himself this summer, though. Can’t imagine he’ll stay quiet during free agency. That crazy bastard. He’s reckless, but there’s a certain appeal to that.