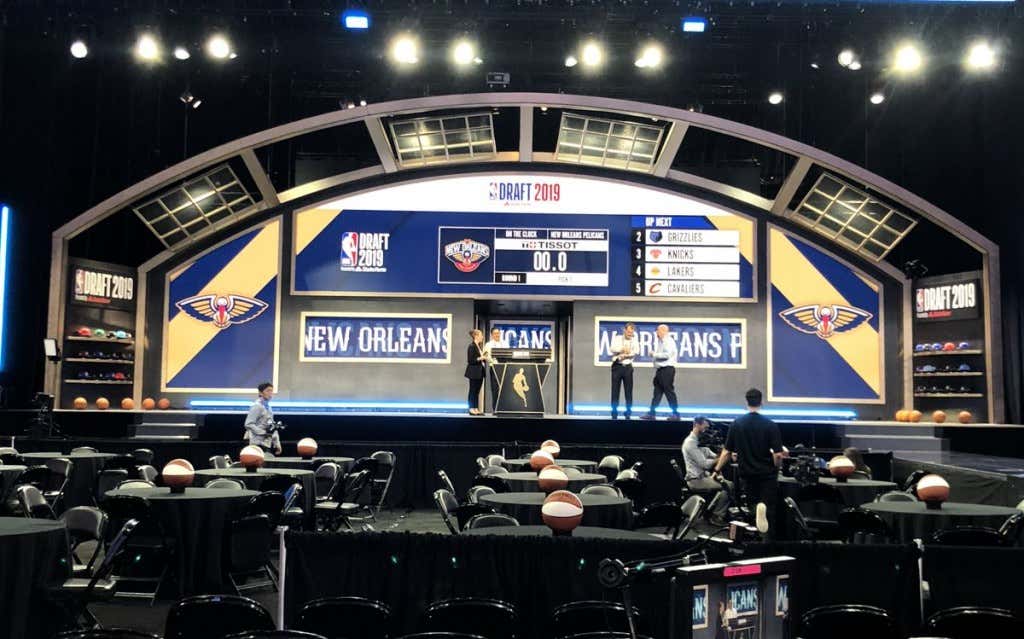 We’re still a few hours away from the NBA Draft officially starting but the leaks are already out. First, Shams dropped the first three picks tonight and you’ll never believe how things shook out

Oh right, the exact order everyone has been predicting for months. At least the Knicks were smart and took RJ Barrett and their fans for the first time won’t cry like a bunch of babies. You knew Morant was the guy for MEM the second they traded Mike Conley yesterday and now the real juice of the Draft starts with #4. The Pelicans are shopping it, a bunch of teams are interested, and in my opinion that’s where the chaos will really begin.

Soon after we got our first trade of the night

You probably didn’t watch too much Suns basketball, but TJ Warren is a more than serviceable wing. It’s a little confusing that the Pacers would do this and eat up some cap space considering they still need a point guard but hey at least they also got a high second round pick out of it as well in what is clearly a salary dump by the Suns. Why might they be dumping salary of a guy who is actually pretty good? Well they’re the Suns so nothing they do makes sense, but my guess is they are going to make a play for D’Angelo Russell or maybe even Terry Rozier in restricted free agency. They need a point guard and are going have to spend big money to get it.

While these aren’t groundbreaking moves what it does tell us is if you thought about leaving your computer from now until the Draft actually started that’s now out the window. Woj and Shams have opened the floodgates and the madness is officially underway.