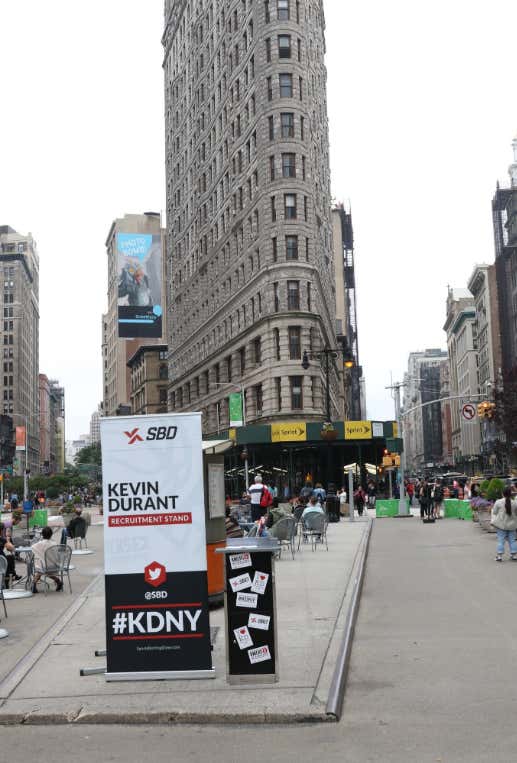 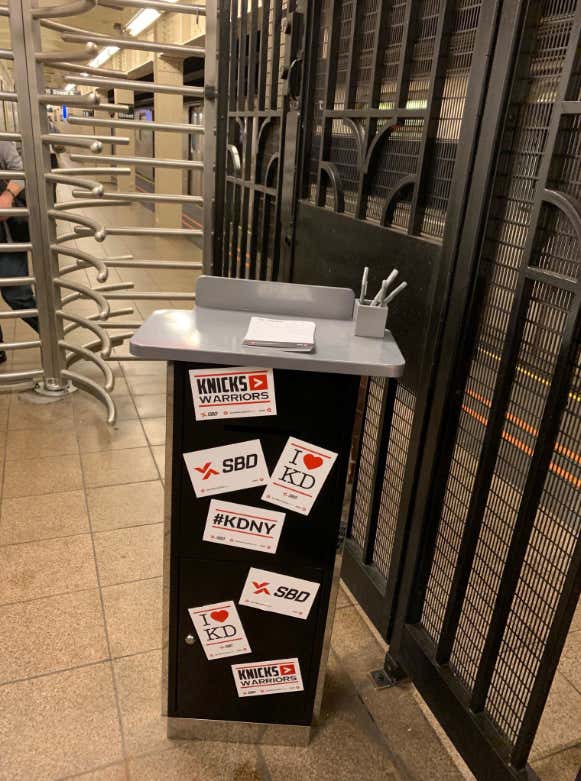 I have no choice but to tip my cap to the Brooklyn Nets for joining forces with Sports Betting Dime and creating these booths to sabotage any chances the Knicks have of landing KD. Because that’s the only way these booths make sense to me.

On the surface it looks like this is something for Knicks fans by Knicks fans. But think about the people that actually write using pen and paper in the year 2019. Old people and weirdos. Are those the people you want recruiting the player that may be able to take your franchise out of the depths of hell if his Achilles heels up properly? Fuck no! I can’t even imagine what KD is going to think when he has a gigantic sack of letters dropped off at his apartment, let alone a gigantic sack of letters filled with the rants of random New Yorkers on the street. I bet half the letters will be gripes about the subway, high prices, or how much some part of living in this city of squalor sucks while maybe 10 are actually recruitment pitches of why joining the Knicks will be great for his legacy and not a terrible mistake like it was for Amare, Carmelo, etc. And that’s just the letters from the streets. I guarantee at least 90% of those letters sent from booths in the subway will be pieces of paper used as a cumrag and stuffed into an envelope, some with shit, some without. So if you don’t think these booths are a Trojan horse by the Nets or some other Durant suitor, I don’t know what to tell you.

Which is why I am asking Knicks fans to ignore these booths and keep the real New York as far away from Kevin Durant as possible. If you want to recruit him, do so by @’ing him on Twitter and Instagram since we know he is watching there at all times. Save the pen and paper for your grandparents and let Rich Kleiman do his job of talking up the The Garden, the championship-starved fans, and all the money as well as marketability that can come out of playing in this tiny region instead of giving him a play-by-play of how shitty life can be here. And also please, please, pleeeeeeeeease nobody put up a billboard recruiting him here because not only do they never ever fucking work but KD already said he hated the one we had here last season, which is already down one sweet shooting unicorn less than a year later. 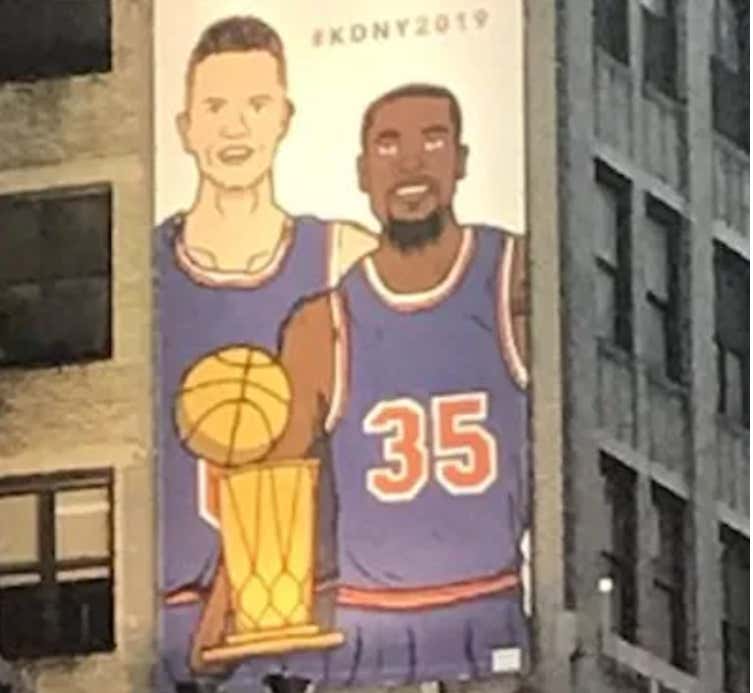