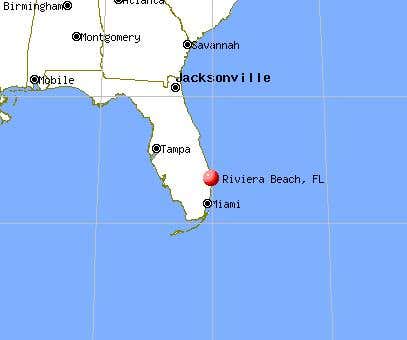 MIAMI — The leaders of Riviera Beach, Fla., looking weary, met quietly this week for an extraordinary vote to pay nearly $600,000 in ransom to hackers who paralyzed the city’s computer systems.

Riviera Beach, a small city of about 35,000 people just north of West Palm Beach, became the latest government to be crippled by ransomware attacks that have successfully extorted municipalities and forced them to dig into public coffers to restore their networks. A similar breach recently cost Baltimore $18 million to repair damages.

Even large cities, however, have had to pay smaller ransoms than Riviera Beach. On Monday, the City Council unanimously agreed to have its insurance carrier pay the hackers 65 Bitcoin, a hard-to-trace digital currency, amounting to about $592,000.

We are truly living in the Revenge of the Nerds era and we are ALL completely helpless. I mean think about what happened here. You have all of these super hackers taking an entire community filled with Morty Seinfelds hostage. Their city computer systems were hacked. What were they supposed to do…not pay them? These are the people whose entire tech accumen is a  two-step process. 1) Turn it off and try turning it back on and if that doesn’t work 2) call your grandson. That’s it. I mean I am sure they had to call their grandson to even understand what bitcoin was. Which if we are being honest…I don’t really understand either. I met this girl at a bar like beginning of last summer who was fucking BRILLIANT. She worked at a trading firm in Chicago that specialized in crypto trading. She explained it to me for like 2 hours in tremendous detail, and at the end I was just like:

In the good ole days of robbery, criminals would have to spend a ton of time laundering their money. Drugs, casinos, in and out, washing it clean. Hackers get their money pre-laundered with Bitcoin. Untraceable. Or at least that’s my understanding. Which means…we are all susceptable to hackers. We are completely powerless. They attacked the elderly first because they’re an easy target, but in reality there’s probably like .00001% of the population who actually understand how code and computers and cyber defense works. I ain’t one of them. I can’t even come up with a decent password because Malaysians keep trying to infultrate my email and earlier today I clicked on something inside out website and thought I broke the entire site because it looked like this 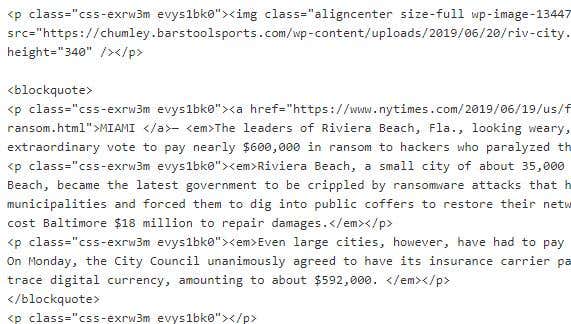 What in the fuck is that? Is that what hacking looks like? Nobody knows. So yeah, we are all in danger. Hackers could just steal everything from everyone and nobody would even be able to figure out how it happened.