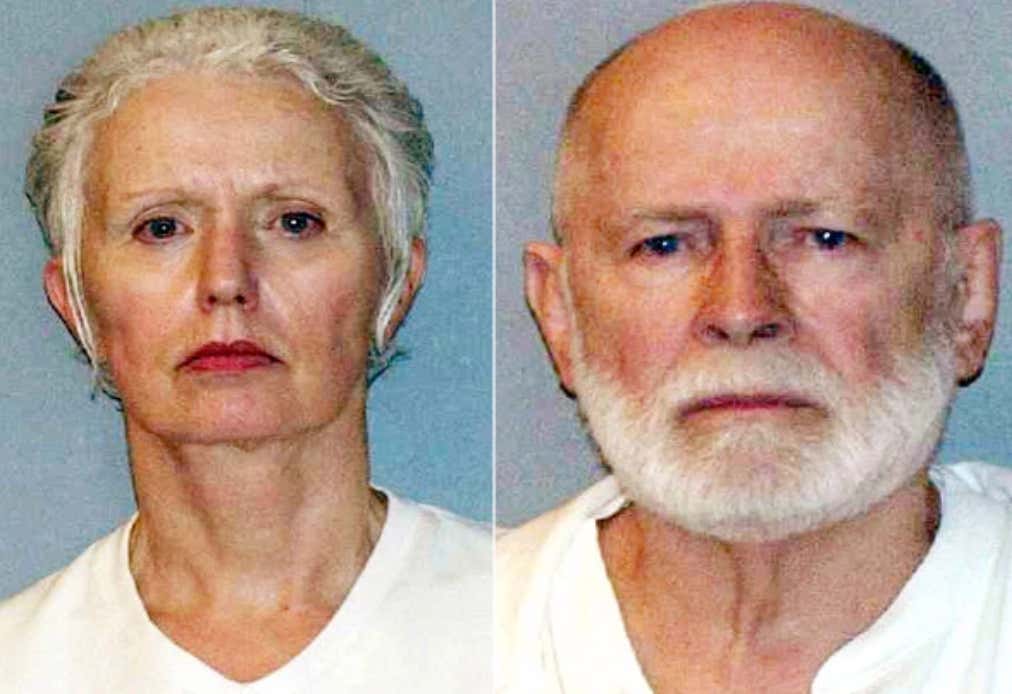 Source – BOSTON (WHDH) – The longtime girlfriend of notorious Boston gangster James “Whitey” Bulger was transported to Massachusetts on Wednesday to begin her stay at a halfway house in Hingham, sources told 7NEWS.

Catherine Greig, 68, was released from a federal prison in Minnesota after spending nearly 8 years there.

Sources say she landed at Boston’s Logan International Airport just after 9 a.m. before being brought to the halfway house, where she will be subject to electronic monitoring.

Greig’s sister, Margaret McCusker, told 7NEWS that she’s happy to have her sister back in the Bay State. “I’m just happy she’s coming home. It’s been far too long,” she said. “She’s a wonderful person and I hope she’s happy and I’m happy.” Greig served a multi-year sentence for helping Bulger while he was a fugitive.

I specifically remember not caring Catherine Greig got eight years in prison back when her and Whitey were sentenced in 2012. At the time I thought law enforcement was being too tough on her. Yeah, she knew who she was with and yeah, she knew he was a criminal, but what crimes did she actually commit other than living with the guy? She was more an accessory after the fact. At least that’s what I thought at the time. Now that she’s out I’ve done a complete 180. Lock her the fuck up and keep her the fuck out of Massachusetts. There’s enough trash walking around Cape Cod, we don’t need the wife of the most notorious gangster of all time adding the pile.

She says she plans on returning to Quincy after her stint in the halfway house is over. Which her twin sister is thrilled about.

Her twin sister, Margaret McCusker, told NBC10 Boston she hadn’t yet talked to Greig about the move to the halfway house but knew she would hear from her soon.

“Strange, because, I mean, it’s my twin sister,” she said outside her South Boston home. “We were always so very close, and now I have to get to know her all over again, and it’s just odd.”

McCusker has been waiting years to reconnect.

She’ll also”misses Jimmy” which is a terrifying admission.

McCusker said Greig loved Bulger “unconditionally” and had no regrets about living in hiding with him for so long.

It makes you feel like he’s still alive. For the record, he’s not. Here are some of the details on how he died for those of you who forgot.

They brutally beat him with a lock in a sock and used a shiv to try and gouge his eyes out. They also attempted to cut out his tongue. We’re told there was a lot of blood in Bulger’s mouth but we don’t know if the tongue was actually removed.

We’re told surveillance cameras captured the 4 inmates walking into Bulger’s cell and walking out with their clothes clearly bloodied. The attack was not caught on video.

We’re told the killers went back to their cells, changed out of their bloody clothes and then walked back to Bulger’s cell with a mop and a bucket to clean up the mess.

Prison officials believe it was mob retaliation because Bulger was considered a rat and an informant who helped put away several members of the mob. The officials believe the mob put out a hit on Bulger and removal of the eyes and tongue are signs of such a hit.

I guess it’s just crazy to me that someone who was in bed, literally, with Whitey Bulger is now walking around free as can be on the Cape.

One of my favorite books of all time was written by Whitey Bulger’s righthand man, Kevin Weeks. It’s called, Brutal: The Untold Story Of My Life Inside Whitey Bulger’s Irish Mob and in it he details all the horrific things he and Whitey did while in “business” together. At the end of the book you learn that despite having admitted to multiple crimes (including murder), he did almost zero prison time because he was an informant.

A week after I read the book I saw him at Suffolk Downs in Revere, MA. I kept thinking “how the fuck is this guy not in jail?” He killed people. I get the same feeling with Katherine Greig. She claims she didn’t know anything but sixteen years on the run is a longggggg time. You shouldn’t be able to get that close to the fire and not get burned. But hey, she played the game and now she’s free so more power to her. Welcome home, Catherine.