I’m not sure when the last time anybody heard from Fulton Reed and Dean Portman was, but we need some sort of bat signal to get them out of retirement here. Because Kenan Thompson is in some desperate need of the Bash Brothers right now or else he’s going to get Wolf Stansson’d by a few members of the Tampa Bay Lightning after this boom roast at the NHL Awards last night. 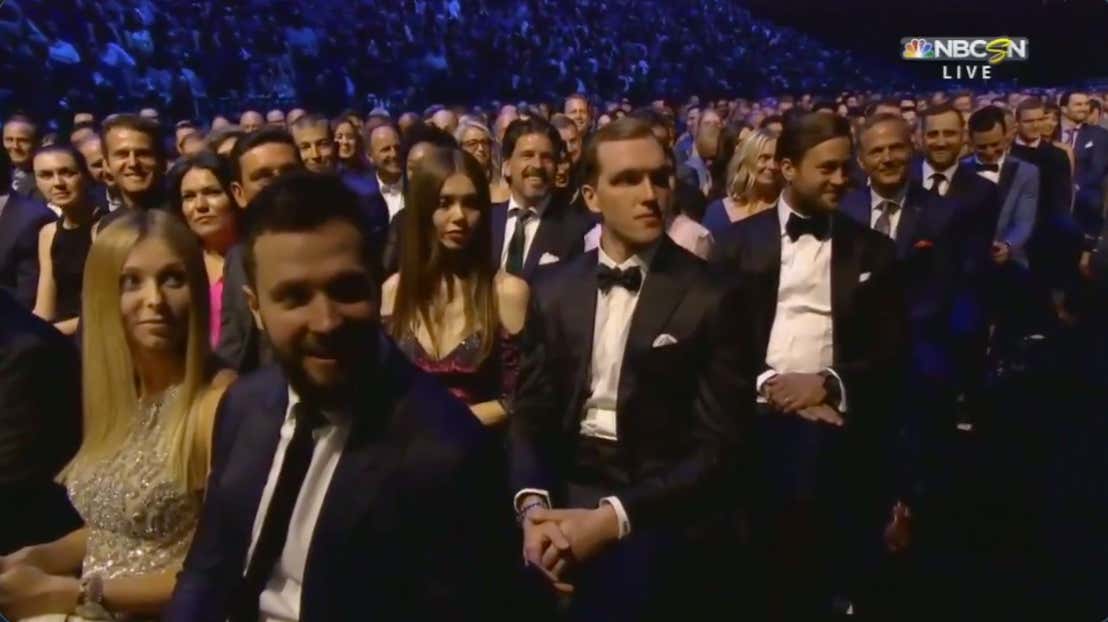 I mean the only hope for Kenan’s safety right now is that Andrei Vasilevskiy just isn’t fluent with his English yet and didn’t pick up on what he said up there, thus explaining the deadpan reaction. But if Vasilevskiy heard exactly what was said and this was his actual reaction?

Then that’s got “Russian Mafia” written all over it.

And then we go to Victor Hedman who is giving a look like “cute joke, funny man. But now I must end you”.

You want to know what look that is? That is this exact same look right here. 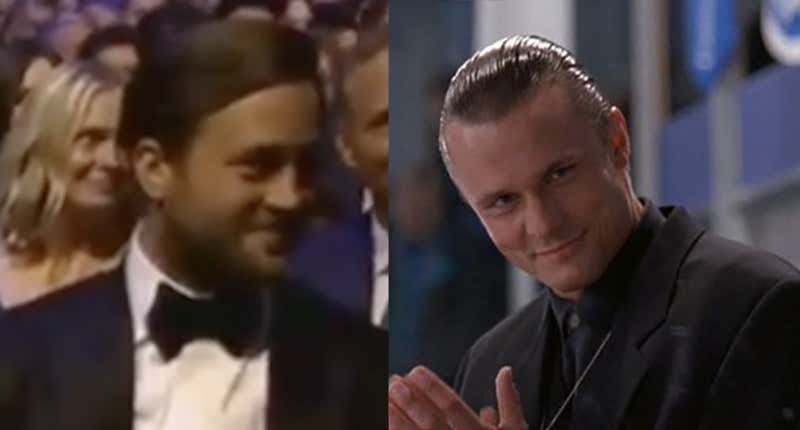 So if you thought The Dentist taking out Gordon Bombay’s knees was bad, just wait and see what the Lightning have in store for Kenan Thompson. Never before have we needed the Bash Brothers back in our lives than at this very moment. I know that Russ Tyler grew up playing on the streets of East LA, but I don’t think that “stick, gloves, shirt” is going to be enough on its own to stop Hedman from destroying him.

No hard feelings? Yeah, that’s exactly what somebody with hard feelings would say. At the very least, I think it would be smart to just keep Kenny Wu around for a little bit. He’s got a bit of a mean streak in him that could at least cause a little hesitation from the Lightning before they go after Kenan.