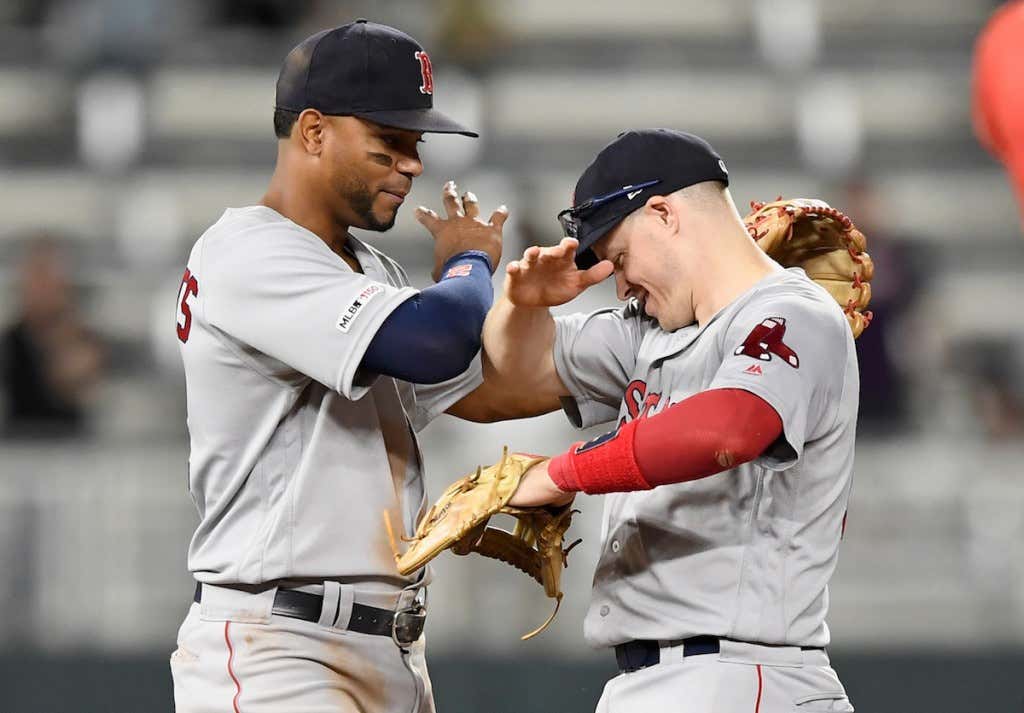 To this point, the Red Sox have still performed poorly against the Astros and the Yankees, two teams that they’ll have to be able to beat if back-to-back World Series titles is still the plan. Their six games with Houston are already in the books, but Boston still has 14 games remaining with the Bronx Bombers. For now, their latest test has been the Minnesota Twins, who own the best record in the American League.

The Red Sox took the first game of the series in one of their best games of the season, a 2-0 victory, before falling in 17 innings in the middle game after nearly six hours of baseball. That set up the rubber match on Wednesday night in which Eduardo Rodriguez got the ball. After a 17-inning game, it was imperative that Rodriguez went somewhat deep in this one, and that didn’t look like it would be the case after the left-hander gave up four runs by the end of the fourth. To his credit, Rodriguez settled in nicely and finished seven innings at 111 pitches with 9 strikeouts.

Alex Cora spoke after the game, and he was prepared to send Rodriguez out for the 8th, even at 111 pitches, but went with Matt Barnes instead after the Red Sox put a three-spot on the board in the top half of the frame. That’s back-to-back starts of seven innings and at least 110 pitches for Rodriguez, who is well on his way to blowing past his career high in innings pitched. Rodriguez’s career high in innings came in 2017 when the 26-year-old threw 137.1 innings. He’s on pace to throw 183 innings this year.

In all, the Red Sox scored nine runs on 12 hits, going 7-for-14 with runners in scoring position after a poor showing with ducks on the pond the night before. Brock Holt drove in three, Michael Chavis knocked in a pair, Mookie Betts had two hits and an RBI, JD Martinez got out of his funk with a gap shot that brought in a run, and Eduardo Nunez had two doubles off the bench after Rafael Devers left the game with a hamstring injury, who also had two hits. We’ll know more on Devers on Thursday, but the Red Sox don’t seem to be too concerned at the moment.

If you go back even further, since April 29, the Red Sox are 30-18. Their .625 winning percentage over their last 48 games is fourth best in the American League behind the aforementioned Twins (32-16), Astros (31-16), and Yankees (29-16). For those keeping score at home, the Red Sox are a half-game back of the Yankees since April 29. The 6.5-game gap in the standings is far more of an indictment on their shit start than how they’ve played overall this season.

The Red Sox will get an off-day on Thursday before opening up a six-game home stand. Technically eight, because the two games against the Yankees in London are “home games”, but whatever. In the first game against the Blue Jays on Friday, it’ll be Chris Sale versus Trent Thornton. Sale has struck out 10 batters or more in nine of his last 11 starts. Over that stretch of games, Sale has a 2.24 ERA with 116 strikeouts in 72.1 innings. Thornton is a 25-year-old rookie who has a 4.61 ERA over his last eight starts, but is coming off one of his best starts of the year, six and two thirds shutout innings against the Astros with seven strikeouts.