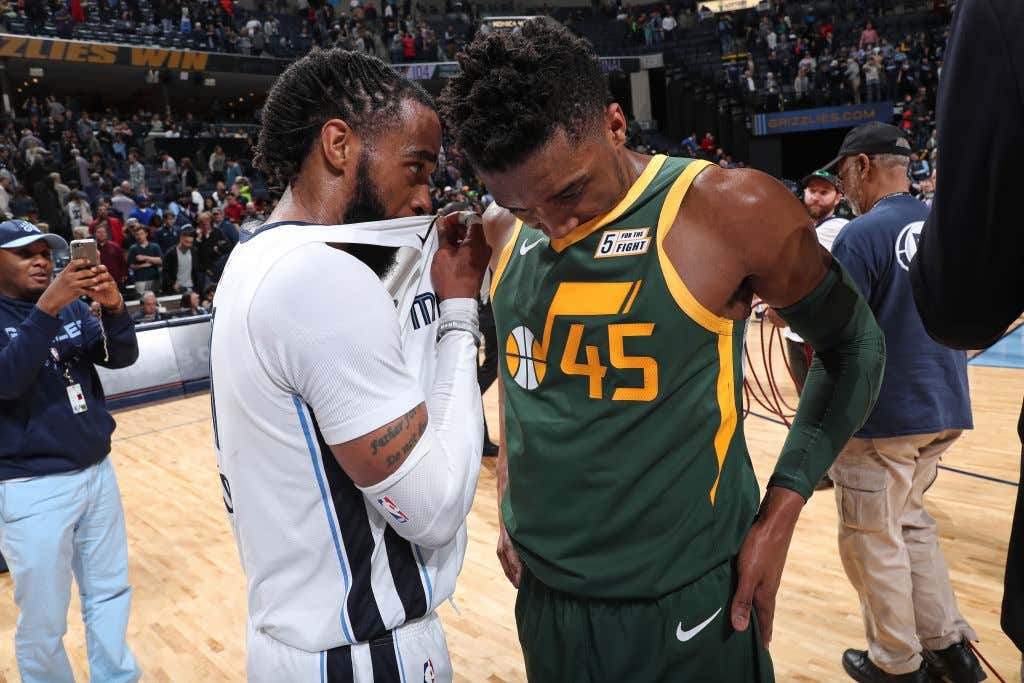 There it is! For a few weeks now there have been rumblings of a Mike Conley deal and everyone from the Celtics to the Suns to the Pacers to the Jazz were all rumored as potential destinations. As an older guard with something close to $64M left on his contract it wasn’t exactly the easiest contract to move, but initially I like the play by the Jazz. It’s not as if they gave up a whole lot and they certainly are in need of a point guard now with Ricky Rubio on the way out, and there’s no reason to think a player like Conley can’t work next to their franchise player in Donovan Mitchell. Even if you want to run sets with Conley off the ball he’s a much better shooter than Rubio, can definitely stretch the floor and make threes (made 2.2 a game last year), and it’s no secret the Jazz have been after Conley for a while. This now allows them to improve their spacing for guys like Ingles who is a nails spot up shooter and makes the Jazz tougher to defend.

The Jazz are now looking at a potential starting lineup of

In a season where the West is wide open and seeing how this team won 50 games last year, that’s an intriguing starting five. If you’re UTA I imagine you’re OK with committing the money in order to take a shot this year, and something tells me the P&R game with Conley and Gobert is going to be pretty fun to watch.

At least with Conley you know what you’re going to get, and he finally has a chance to make a run in the postseason while the Grizzlies are moving forward with their rebuild. That’s why many people thought he would be moved at the deadline just like Gasol, so at least he’s going somewhere with a chance to win. There is the slight injury concern that he’s been fighting the last couple of years, but again it’s not as if they paid an outrageous price to take a flier on the guy.

For the Grizzlies, this is about as good a haul as you can expect. They got a couple first round picks and some salaries they shouldn’t have too many problems moving if they want to go that route. Jae Crowder is definitely a useful wing player and who knows with Grayson Allen but he’s a young piece that can get an opportunity to play on a rebuilding team. I can’t imagine Korver stays, he’ll probably ask to be bought out or something so another shooter may be hitting the market relatively soon.

On the surface this is one of those rare trades that appears to work for both sides, with each team getting pieces that should make a difference for their respective paths. Conley will go down just like Gasol as a Grizzlies legend after spending the last 12 years there, and I’m just happy they sent him to a place where he can finally contend and not somewhere like PHX or some other team that isn’t really close. The Jazz could very well be a problem now that they upgraded their point guard position, and they still have around $16M in cap space this summer to continue to add.

Selfishly I like this move because as someone who roots for the team that owns MEM’s pick, this is a sliver of good news in what has been a disaster 24 hours.