I think it’s time to ask an important question. Is there a serious problem with United States women and respecting the game? Hell, not even the game. Do they respect sports? First, we had the US women’s soccer team: 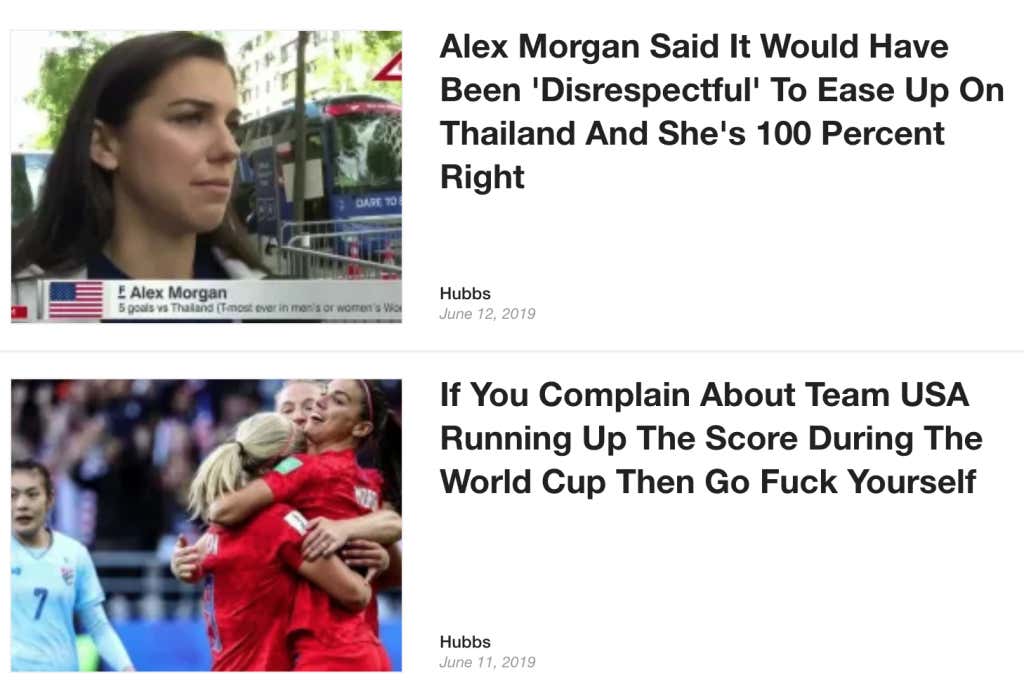 And then we had the US Women’s U-16 team? Well they took on El Salvador the other night and let’s just say it was an event that took place. Here’s some evidence in what can only be considered one of the funniest pregame images I can remember. Look at the face on El Salvador. The smirk. They know what’s coming

Now to answer the question. Do American women respect sports? Hell yes they do. Just dominating weaker opponents is part of the game. I like to imagine the US women’s soccer and basketball teams put this on loop:

And we should embrace it. Let’s be big bad America. Let’s kick all these countries asses at sports we’re better than them at. Let’s keep celebrating. You know what? I’m only celebrating 13 goal wins and 95 point wins.

44% from the free throw line? Clean it up, ladies.