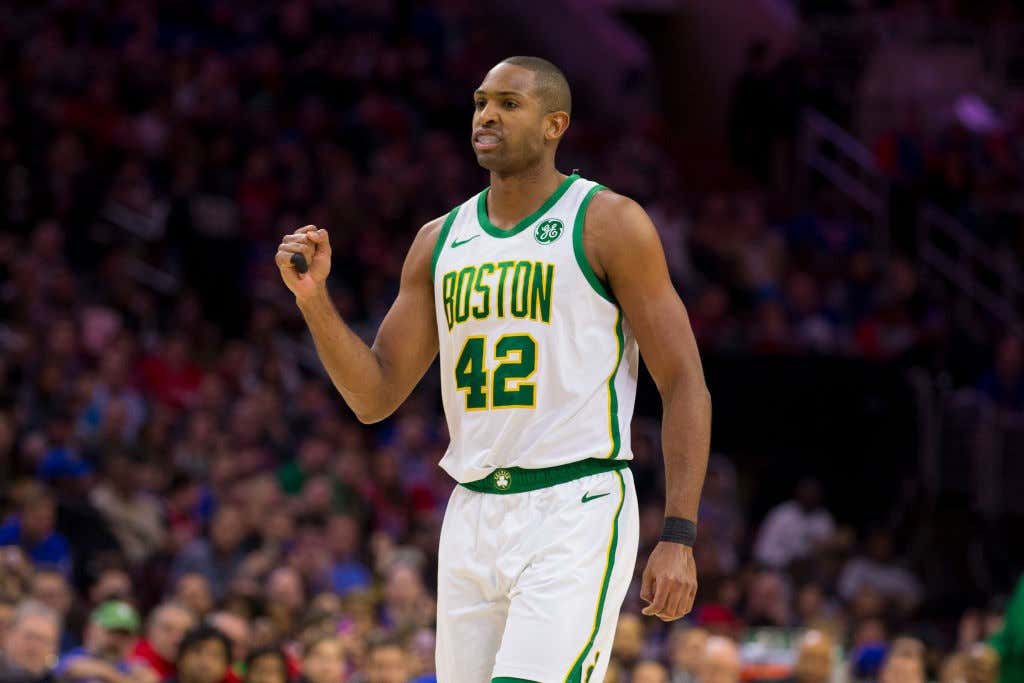 Ok hopefully you’ve had some time to deal with the Al Horford news and are in a better place mentally, so now it’s time to play the game of which dickhead team is it that is offering Horford 100M+. When you think rationally I don’t know how you could fault either side, of course Al has to take a 4/100M+ offer given his age, he’d be stupid no to. Go get that bag. On the Celtics time they aren’t exactly crazy for not committing 25M+ to a 37 year old Horford. I think that’s why this split is amicable for both sides because it’s the smart, logical decision. But clearly this all happened because tampering exists and Horford’s camp knew of a big time offer so let’s take a look at who it could possibly be. Now I’m going to be looking at teams that at the moment have at least $25M to spend if this offer is currently already on the table, and just know that as we get closer to June 30th teams can move a contract or two to open up space, but I find it hard to believe that Horford would do this without a firm offer from a team that already has the cash. Let’s see who it could be

Perhaps the Knicks know they aren’t getting two max free agents this summer and they have to spend the money somewhere. I put the odds on this EXTREMELY low because you would think Horford would prefer to go to a team closer to a title given where he is at this stage of his career, but they do have the cash even if they are able to spend one of their max slots. It would also be a very James Dolan move to shed that sort of money on Horford, but again of the team’s were going to look at I’m pretty doubtful it’s the Knicks who stole Horford.

If the Sixers know at this point that they are not going to be able to keep all three of Reddick/Bultler/Harris, they could theoretically have the money. Even if they are only able to keep let’s say Jimmy Butler, they still have the money. Is it all that crazy to think that Elton Brand would want to bring in the one guy that proves he can stop Joel Embiid on a consistant basis while also kicking his direct competitor right in the dick? It’s not all that crazy. Horford helps them spread the floor for Simmons to penetrate and then he can play next to Embiid and draw people away from the basket. You could also make the case that one of the areas that perhaps kept PHI from the Finals was big man depth. If they know now that one of their prized FA’s is gone, this wouldn’t shock me.

Even with Myles Turner and Sabonis on the roster, I’m not counting the Pacers out. With the rumors that they are looking to move up to #4 in tomorrow’s draft, and with Thad Young currently a free agent and someone who started 81 games, perhaps the plan is to pair Horford/Turner together to make one hell of a defensive frontcourt. I wouldn’t exactly call the Pacers a hot free agent destination so it makes sense to me that they would potentially overpay to bring in a player like Horford because he’s exactly the type of guy to help you get over the hump. Perhaps getting an up close look at Horford at the end of last season was the icing on the cake for them to make this sort of move.

I think collectively we on the internet think this is the leader in the clubhouse, especially if Kawhi is on the way. They have the money to get it done, they are a franchise on the rise and a team that fits into the idea of being a contender if they are able to land that other big fish which it seems like they may. I think of Steve Ballmer and his lack of giving a shit when it comes to spending money on his roster in order to make it a contender, and of course it’s a pretty good fit for how Horford plays.

I’m including BKN mostly because of this report

There’s also the reality that only Kyrie is on the way for BKN so they would have money to spend. Woj said this morning that they may be interested in keeping D’Angelo Russell, but it wouldn’t shock me if BKN came back and cucked Danny Ainge even more as payback for the Big 3 trade. It’d be a weird move in my opinion though because the timelines don’t exactly line up, but the Nets have been boning the Celtics left and right lately so I won’t completely rule it out.

A little reunion to end his career? Come in and mentor the young guys? Not the craziest idea I’ve ever heard because we haven’t exactly heard ATL mentioned when it comes to any of the free agents. That would still leave them with some money to bring in some supporting pieces, and everyone seems to want to go home these days so maybe Al is down to head back to where it all started.

The Mavs want to spend money this summer and they want a top tier free agent. The name we’ve heard most is Kemba Walker, but maybe they know he’s not coming and therefore had to spend their money somewhere. Mark Cuban isn’t afraid to shell out money and they are really really thin in the front court. As of now all they have is a recovering Porzingis and then Dwight Powell who just opted into his 10M player option. This would still leave them with around 20M to spend on additional talent, and I don’t exactly hate a trio of Horford/Luka/Porzingis. I feel like we haven’t heard a lot from DAL lately and all that silence makes me nervous. They could be a dark horse.

Again, this is another team that has a shit ton of money, but isn’t all that close to contending. They’d be fun as hell to watch, but their roster is sort of log jammed at the position. Between Bagley/Bjelica/Giles/Swanigan/WCS they certainly have a shit ton of bigs already. I know Vlade is crazy and he’ll throw money anywhere, and maybe the appeal is to bring Horford in and help develop their young bigs and they don’t care about the years/money because basically their whole roster is still on rookie deals.

Naturally this means it’ll be someone else, but those are the three I see it making the most sense. At the end of the day though it’s really anybody’s guess. Maybe there’s a team that as of now is in the low-mid 20s in cap space that already has a plan in place to get space for Horford and others. We’ll know in a few weeks, but who would you say this mystery team is?