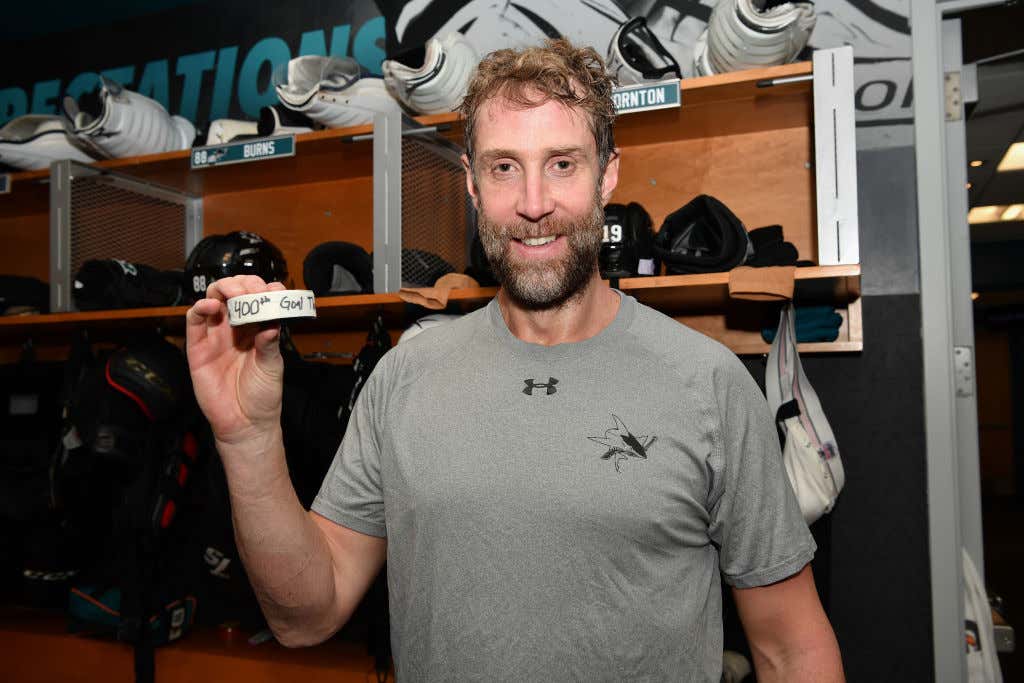 Joe Thornton spoke at the NHL Awards media availability today and told reporters that he will not only be returning for next season, but he hopes to play a few more years. I think the most surprising news about this is that people were actually surprised. Joe Thornton isn’t going anywhere.

Brent Burns joined Spittin’ Chiclets for an interview during the season and couldn’t stress enough about how much Joe Thornton loves the game of hockey. He said Jumbo would even go to the rink on off days just to shower and see the staff, he loves it that much.

So Thornton announced he will be coming back for his twenty second year of NHL play. Over 1500 games in that time span and over 1400 points. The true definition of the word beauty. A guy who just loves his teammates and is a legend both on and off the ice.

Tj Galiardi joined Spittin’ Chiclets this week and told us about the time Joe Thornton was robbed by a bottle guy in Vegas for 28k and just let it go. He also talked about the time his wife was in labor and Jumbo Joe got on a jet to Vegas with the boys. The guy is an absolute legend and the NHL is lucky to have him around a few more years.

As for where he’ll be playing? I can’t imagine it’s anywhere other than San Jose, but who knows. They definitely don’t have the cap space to be dishing out deals when they just resigned Erik Karlsson to a big boy deal and still have to try and resign Joe Pavelski.

Jumbo Joe is going to play forever at this point and I can’t say I’m upset about it. Get this guy a cup.