You never really know how unhappy you are until you receive news that makes you feel more joy than you have felt in almost a decade. 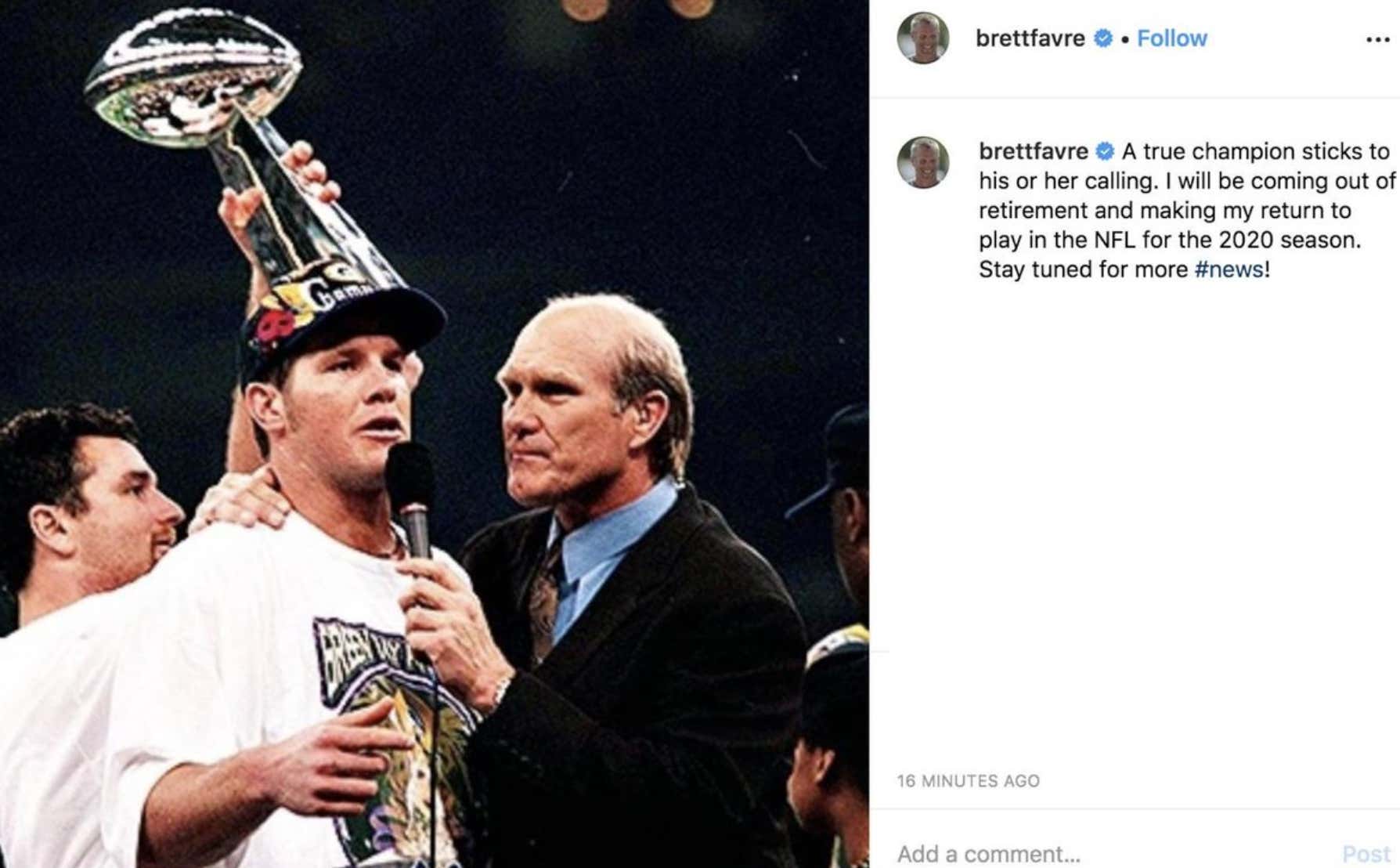 Was it logical to assume that Brett Favre would step back into the NFL at the age of 49? No. But it was never about logic- it was about love.

And as far Favre is concerned, you don’t get a nickname like Gunslinger (or the interceptions) by doing things the logical way. You get it by being a man who does things his own way, with a passion and excitement that still remains unmatched.

I would watch Favre sling a football today, tomorrow, and 10 years from now.  And just because this time his NFL return turned out to be the workings of a hacker, well that doesn’t mean the wheels aren’t now turning in Favre’s beautiful silver head.

I believe. So much so that I’m not even upset at the immense amount of disappointment I’m feeling deep within my soul at the moment. Because for that one hour, I was the happiest person on the face of God’s green (and gold) earth.