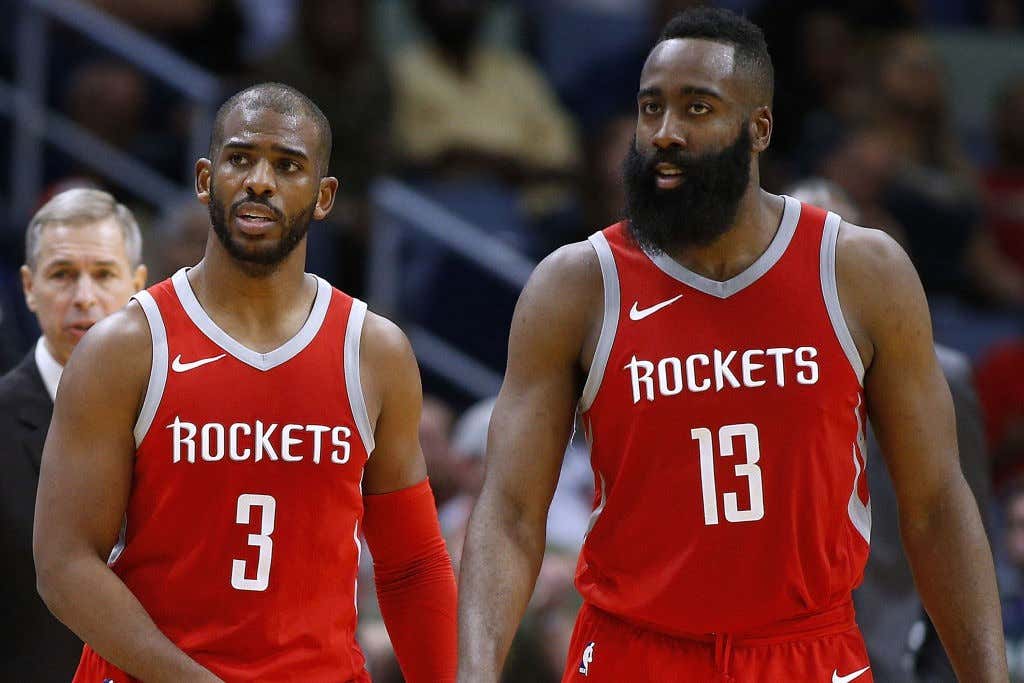 Paul went to Rockets management and demanded a trade, and Harden issued a “him or me” edict following the Rockets’ second-round loss to the Golden State Warriors, sources said.

The backcourt mates went nearly two months without speaking to each other during the season, sources said, creating a tenuous environment for teammates and everyone involved with the franchise.

Harden hasn’t returned Paul’s repeated attempts at communicating this offseason, sources said, after a year in which the pair repeatedly got under each other’s skin with petty acts in practices and games.

Paul has been known to clash with teammates during his career, most notably with the Los Angeles Clippers before being traded to Houston in the summer of 2017. Up until this season, his production ranked among the best at his position in NBA history, but he’s had to curtail his style while acclimating to Harden’s pace.

“There’s no respect at all, on either side,” a source told Yahoo Sports. “They need to get away from one another. Chris doesn’t respect James’ standing in the league, and James doesn’t respect the work Chris has put in to this point.”

Who wants to tell the Rockets to stop being little bitches and just pull themselves together because incase they aren’t aware the ONE team that’s been able to stop them from winning a title is a non factor next season. Of all the times to suck it up and just deal with one another this is that moment and it sounds like the Rockets two best players cannot put their bullshit aside. You can hate each other and still win, just look at Kobe and Shaq, nowhere does it say you have to be best friends to win a title so it’s pretty sad that these two franchise players can’t get over it and realize they have a golden opportunity to finally win that all important ring.

This isn’t the first time we heard this in regards to these two, and that’s why Morey did his rounds and quickly shut it down. Really what else is he going to do? There’s a pretty big problem with this whole thing though, and that’s the salary of Chris Paul. He can demand a trade all he wants but who is going to be willing to take this bad boy on?

Add into the fact that Paul looks older by the day and is always an injury risk, I can’t imagine there are a bunch of teams lining up to take on that money/years situation. I get the frustration on Paul’s part, he probably doesn’t love standing around and watching James Harden do his thing, and James Harden, a guy who could have back to back MVPs probably isn’t interested in hearing any of Paul’s bullshit seeing how he’s won jack shit and has a history of beefing with his teammates.

Let’s also be clear, if Morey really has to choose between the two the easy answer is James Harden. That’s not because I’m an ASU guy, that’s just using common sense. You don’t get rid of a MVP caliber player who is four years younger I don’t care how much you may like Chris Paul. If you can find someone willing to take on that contract you do it no questions asked especially if things truly aren’t salvageable.

But seriously, someone put these two in a room and just tell them to fight it out. Or maybe go to Harden’s favorite strip club and squash your beef over a few dozen lap dances. Do whatever you have to do to fix this because they are blowing a potentially prime opportunity to win a ring all because of some petty bullshit, and sadly I can’t say I’m surprised.