I mean, the irony is perfect. Someone faking a sickness, cough cough 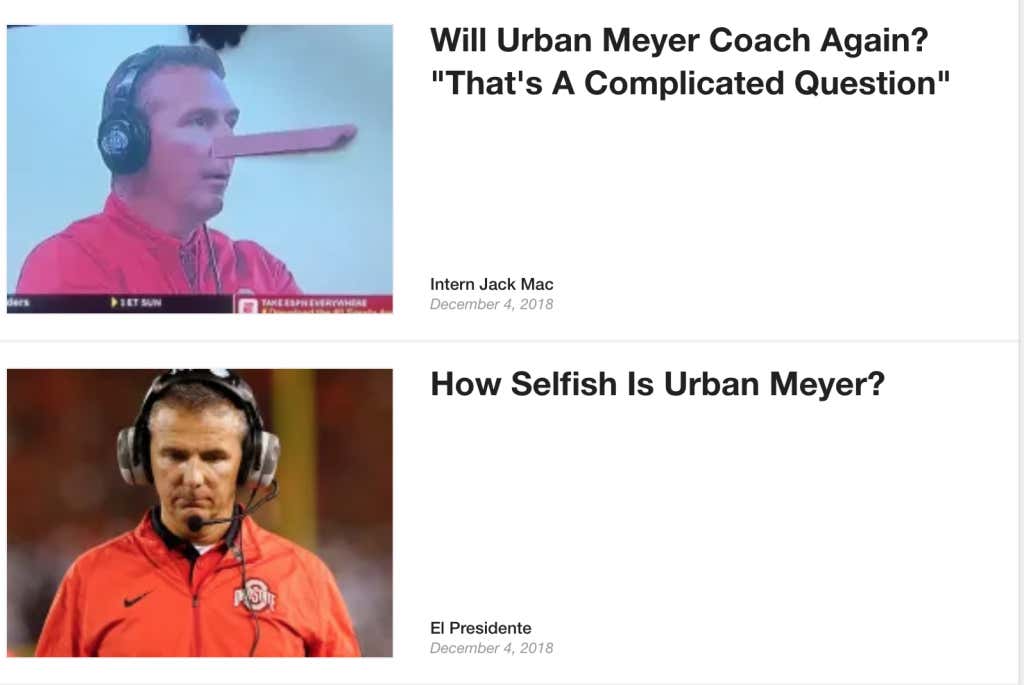 And now you can say that, oh, sure Ohio State is better than Kentucky. I’m not going to debate that (just yet). But Bowden is a legend at Kentucky. H’e’s a major part in rebuilding the Kentucky and getting it to 10 wins and beating Penn State. At Ohio State, he’d just be a guy.

Plus, you’d be a fool not to buy into Kentucky. If you don’t just know that Vince Marrow will kick your ass

“I was listening to Tom Leach and, those guys — I should stop listening to radio. I guess they said Terry was the last rated QB in the preseason? We should start a poll, and I’m going to talk to the BBN, just like coaches get fired for wins and losses, when all these reporters come out and say, hey, this team is going 4-8 and this team ain’t gonna do that. If they’re wrong, they should get fired.”

Live look at Lynn Bowden getting as far away as possible from Urban Meyer: