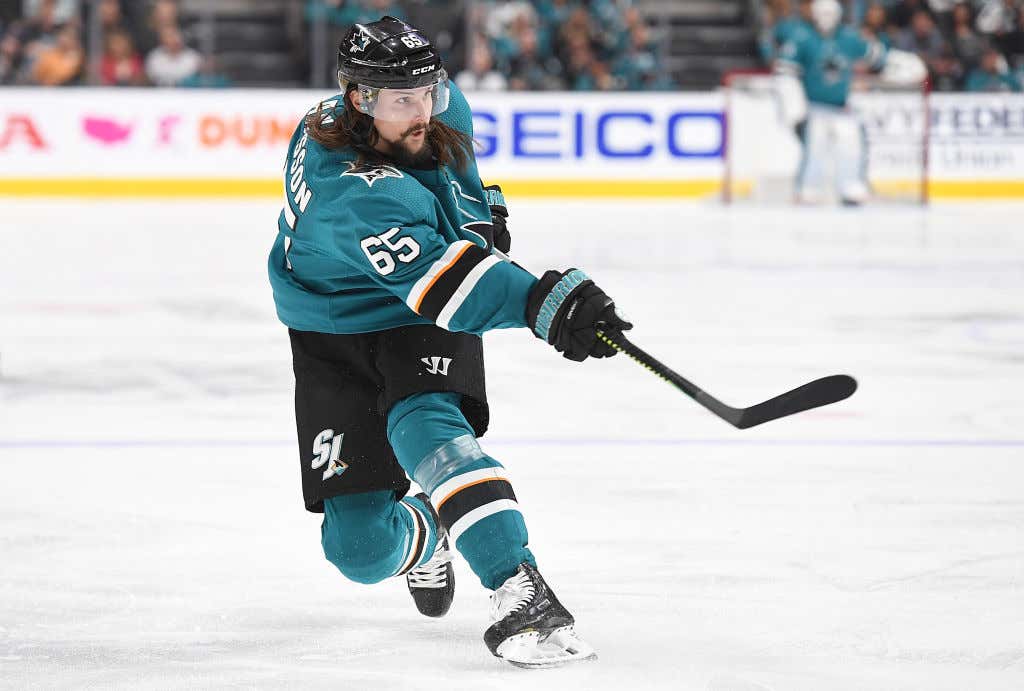 Aaaaaaand just like that, July 1st just took a massive kick to the nuts.

Now don’t get me wrong–I’m not mad that Erik Karlsson is staying in San Jose. For starters, I love the fact that Karlsson is staying in the Western Conference. I also love having Karlsson and Brent Burns on the same team. That’s one of the biggest beauty lineups the league has ever seen, and it makes sense for both sides. Karlsson is comfortable in San Jose, San Jose already knows what they’re getting with Karlsson, 8 years at $11+ million is a little steep but Couture, Kane, Burns and Vlasic are already locked up for another 5+ years each. Obviously things will start to get a little tricky depending on how much they end up paying Pavelski but the Sharks have their core locked in for the long haul. This is the team that they’re going to try to get it done with so it’s not like they need a ton of cap space leftover anyway.

So no, I’m not mad at the decision. I actually think it was the best decision to be made. What I am furious at, however, is the fact that they announced this signing on June 17th.

Before the opening of free agency.

What in the actual fuck?

This is bullshit. All I wanted was just a couple more weeks of wild speculation. Is that too much to ask for? All I needed was the possibility of Erik Karlsson signing somewhere else in free agency. Imagine the adrenaline rush we could have had if it was 11pm on June 30th and reports were flying around that the Montreal Canadiens were still targeting Erik Karlsson. Holy shit that would have been incredible. Or at the very least, we could have waited until the draft just to speculate if any team would give up a pick to acquire the rights to Karlsson. I just needed a little more juice to this Erik Karlsson free agency tour. I mean we already missed out on Drew Doughty after he signed his ticket last summer. And now this? Fuck, man.

So now heading into July 1st, we still have players like Bobrovsky, Panarin, Duchene, Trouba, Kevin Hayes, Zuccarello and Pavelski heading into free agency. Trouba is an RFA and I’m sure that Pavelski will stay in San Jose. I mean it’s not like free agency this summer still won’t be a little chaotic. But losing Karlsson already is, again, a big time kick to the dick. He’s the guy out of that whole free agent class that was going to move the needle the most, and now his free agency tour is already wrapped up. Shame on San Jose for pulling the trigger so early. Good on them for making the move and keeping Karlsson locked in for the long term, but still shame on them nevertheless.